Egypt’s World #8 Fares Dessouky has withdrawn from December’s Men’s World Championship due to a torn ACL suffered at the recent Hong Kong Open.

Dessouky suffered the injury in his quarter-final clash with England’s Declan James in Hong Kong. The Egyptian was 2-0 up in games and 3-2 up in third when injury struck and he was forced to retire from the match.

Fares faces a long period of recovery, we wish him well and hope to see him back in action as soon as possible.

Not the best feeling to go back home on a wheel chair , but hopefully will get well soon 😔 pic.twitter.com/VEP0pYo1TD 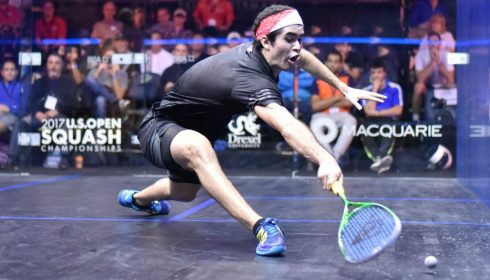