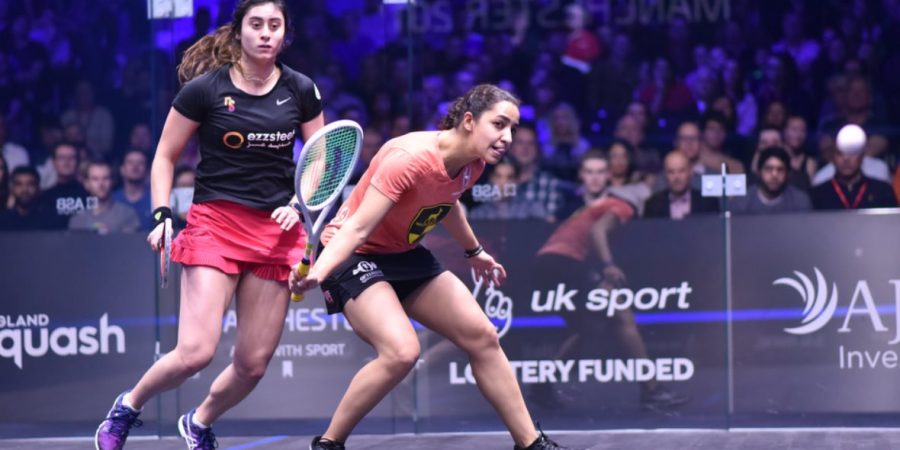 Who’s in with a chance of becoming World Champion in Chicago ?  Here’s the PSA’s take on it …

Can Raneem El Welily retain her title at the Worlds in Chicago? 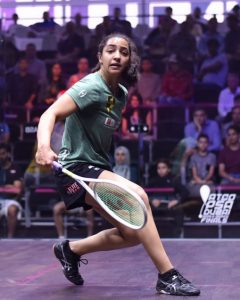 El Welily recently became the World No.1 for the second time in her career, having reached the top spot back in 2015. She has been in and around the top five for the last seven years.

The Egyptian is the reigning World Champion, having beaten Nour El Sherbini in the final in Manchester in December 2017. She is also a two-time runner-up, and has made it through to at least the last 16 every season since 2009.

She has only played in five tournament since the 2018-19 season started, but has made the final in every single one, including winning the China Open and the US Open. She took over the World No.1 spot in December 2018.

The Egyptian will face Alexandra Fuller as she starts the defence of her tournament. She has never faced the South African on the tour before, but the World No.44 could provide an early challenge for her.

Nour El Sherbini is looking for her third World title 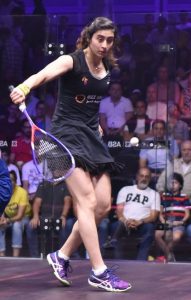 After spending almost three years at the top of the world rankings, Nour El Sherbini currently sits in the No.2 spot, having recently been usurped by her compatriot, Raneem El Welily.

Sherbini has reached the final on four occasions, and has two World Championship titles to her name, winning them back-to-back in 2015 and 2016. She was runner-up to Laura Massaro in 2013, and to El Welily in Manchester in 2017.

The Egyptian has only played in four tournaments since the start of the season, winning last time out at the Tournament of Champions in New York.

‘The Warrior Princess’ will face Englishwoman Lily Taylor in the first round in Chicago. The pair have never met before, with Taylor appearing in her first World Championships. 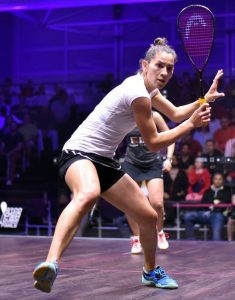 King is the leading non-Egyptian in the world rankings, and currently sits at a career-high No.3 in the world, after having been in the top 20 in the world for the majority of the last nine years.

The New Zealander made the quarter finals of the World Championships in Manchester in 2017, having also reached the last eight back in 2013.

King is a winner on the PSA Tour this season, having beaten Raneem El Welily in the final of the Hong Kong Open. She also made the semi finals of the Tournament of Champions.

The Kiwi will face Egyptian Heba El Torky in the first round in Chicago. King has three victories from the four meetings on tour, including a win at the 2016 World Championships.

Nour El Tayeb is looking for a first World title 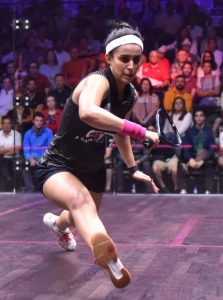 El Tayeb spent a year at No.3 in the world, but was replaced by King in the February rankings. The Egyptian now sits at No.4, but will still be a threat for the tournament.

She reached the semi finals of the World Championships in 2017, the furthest she has ever got into the draw. She has made it through to at least the last 16 in the last four Worlds.

Tayeb has won twice on the PSA Tour this year, taking victories in both the Carol Weymuller Open and the Cleveland Classic, her most recent tournament entry.

Due to the rankings changes being so recent, the Egyptian will be seeded No,3 for this tournament, meaning her first round opponent is Rachel Arnold. The pair have only met once before, and it was in this month’s Cleveland Classic, where Tayeb won 3-0. 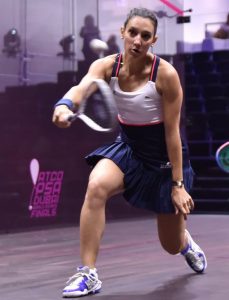 Serme is the leading European in the ladies’ game at the moment, having been in and around the top ten since 2010. She currently sits at No.5 in the world.

The Frenchwoman has reached the semi finals three times World Championships, including in both 2016 and 2017. Serme has made it through to at least the quarters in every Worlds since 2013.

She has been consistent on the tour this year, having made at least the last eight in every tournament she has entered. At the China Open, Serme finished runner-up to El Welily.

The Frenchwoman will face Jenny Duncalf, who will return from injury at the Worlds. The pair have met 13 times before, with Serme having won the last five meetings between the two. 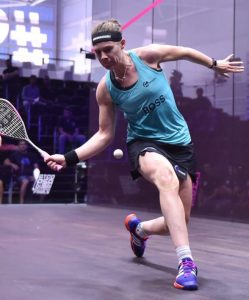 Perry will return from injury for the 2018-19 World Championships, and will go into the tournament as the World No.6, a position she has held in the rankings since November.

The Englishwoman has never hit top form for the Worlds, though. She has only reached the quarter finals once, back in 2016, and only made the last 16 in Manchester.

Perry is a winner on the tour this season, despite being injured for a couple of months. She beat Raneem El Welily in the final of the Oracle NetSuite Open, and also finished runner-up in the Carol Weymuller Open as well.

She will face Vanessa Chu in the first round in Chicago, and it will be the first meeting between the pair on the PSA tour.

Laura Massaro is looking to win a second World Championship 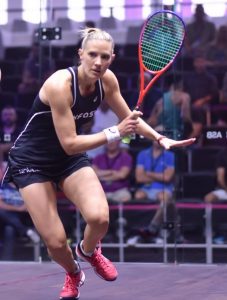 Massaro has been in and around the top ten for more than a decade now, and had a stint at World No.1 in 2016. She currently sits at No.7 in the world.

The Englishwoman is a former World Champion, having beaten Nour El Sherbini in the final in 2013. She has also been runner-up on two occasions, including when Sherbini got her revenge in 2015.

Massaro has a title to her name this season, as she won the Monte Carlo Classic in her final outing of 2018. However, in her other five tournaments, she has not reached a final.

She will face Amanda Landers-Murphy in the first round, and it will be the first time that she faces the New Zealander on the tour.

Amanda Sobhy could become the first American to win the Worlds 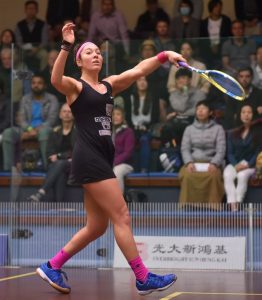 Sobhy is back in the top ten in the world for the first time since 2017, when she ruptured her achilles at the Ciudad de Floridablanca, when she was at No.6 in the world.

This will be her first World Championships since 2015, when she reached the quarter finals. It will only be the fourth appearance at the Worlds in her career.

As she regains her form, Sobhy has made two quarter final appearances this season, at the US Open and the Carol Weymuller, and she has made the last 16 in all the other tournaments she has entered.

The American will face Julianne Courtice in the first round. It will be the first time that the pair have met on tour. Can Sobhy use the effect of the home crowd to her advantage? 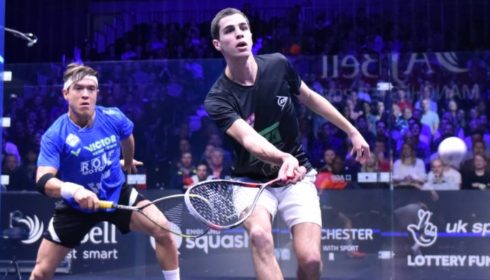