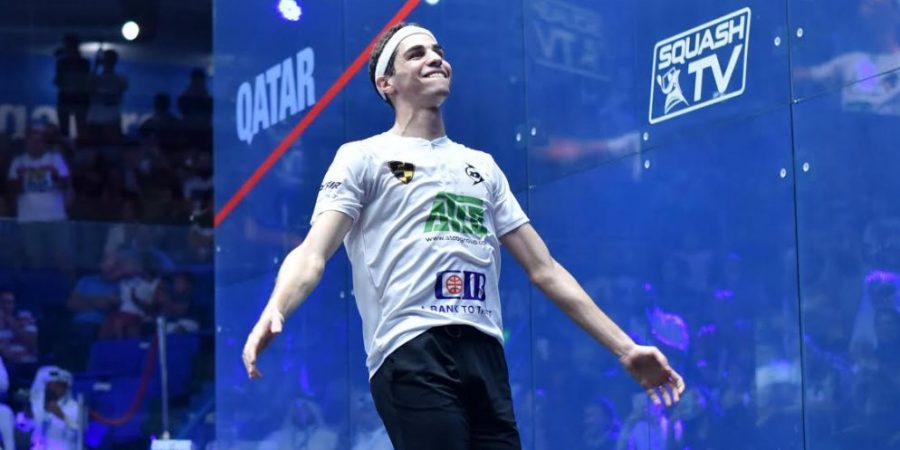 Doha, Qatar will host the 2019-20 PSA Men’s World Championship from 8th to 15th November with the world’s greatest players – led by World No.1 and defending champion Ali Farag – in attendance as they battle for the most prestigious title on the men’s tour.

The Khalifa International Tennis & Squash Complex will feature 64 of the world’s leading male players as they compete for a share of the $335,000 prize fund, with 24 nations represented across the draw. In addition to capturing the trophy and the lion’s share of the prize money, the winner will also qualify for the season-ending PSA World Tour Finals.

They, along with 2018-19 runner-up Tarek Momen, take the first four seeded positions as Egypt continue to dominate on the world stage, but they will be joined by the likes of New Zealand’s Paul Coll, Germany’s Simon Rösner, Peru’s Diego Elias and Colombia’s Miguel Angel Rodriguez, all of whom will be aiming to become the first non-Egyptian winner since Frenchman Gregory Gaultier in 2015.

That year’s runner-up Omar Mosaad, 2010 runner-up James Willstrop and the talented Mohamed Abouelghar, who reached the final of the 2018-19 CIB PSA World Tour Finals on his last PSA appearance, will also take to the court in Doha.

Three Qatari men will appear in front of their home crowd, including the country’s No.1 player, Abdulla Al Tamimi, and wildcards Syed Azlan Amjad and Hamad Al-Amri.

All matches will be held at the Khalifa International Tennis & Squash Complex, with play split between the glass court and the ‘traditional’ plaster side courts. Fixtures from the glass court will be streamed live on SQUASHTV (rest of world), Eurosport Player (Europe only) and the official Facebook page of the PSA World Tour. 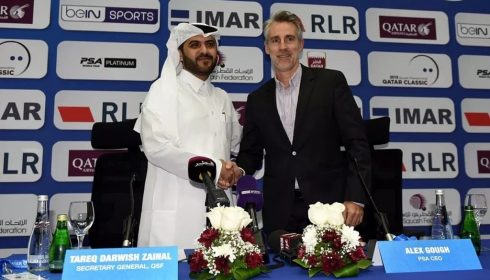