Opening play on the glass court at the Club S Allegria was Egypt’s former World No.3 Nour El Tayeb and Malaysia’s Sivasangari Subramaniam.

The Egyptian dominated the early proceedings and settled the better of the two on the outdoor glass court. She took the ball in with great accuracy and ran away with the first game, taking it 11-5 in no time at all.

Subramaniam managed to find her feet in the following game and took the game to El Tayeb. The Malaysian took time away from her opponent and started to take her chances at the front of the court. The World No.20 levelled at 1-1.

The match kept a scrappy element to it with neither player able to find the rhythm that has seen them reach the last 16. El Tayeb showed her experience and after some topsy turvy rallies, closed out the game 11-5 and looked confident once again.

The end came quickly for the Malaysian as El Tayeb was back to her clinical self and punished several loose shots from Subramaniam and move towards the finish line. Despite a spirited comeback from the Malaysian, El Tayeb played the big points better to win 13-11 and move into her fifth World Championship quarter final.

A fantastic low volley from @sangari_99 after a cracking rally with @NourElTayeb!

This one's on a knife edge – who can break through and reach the @PSAWorldChamps quarter-final?

“Siva is one of those players, in the fourth game I was winning then she started to let loose and let her hands go and play like she’s not interested but not intentionally of course and this can get in your head and I think about if I’d like to play like that or not. Then I started to get a bit edgy with the ref with some double bounces but I’m happy I held my nerve in the last game. Since the end of the fourth game, I was preparing myself for a fifth but I’m very glad I’m standing here than playing another game.

“I was confident throughout the fourth game because I was playing well and then I started to doubt myself because she was coming back and I was edgy playing my shots to the front and maybe with some experience on my side I think she went for some shots at 11-11 so I’m glad that luck was on my side.

“My training has changed a lot since having Farida, I used to train three times a day, one in the gym and two on court but now I just do one gym and one court session sometimes it’s just one as well. Some days I don’t sleep well because she’s up all night so I can’t push myself too hard on court otherwise I’ll get injured. I think I’m enjoying it more and more because when I leave to go and train, it’s my fun time and my hour and a half so I’m enjoying practice so it’s changed in a good way and I’m enjoying it.” 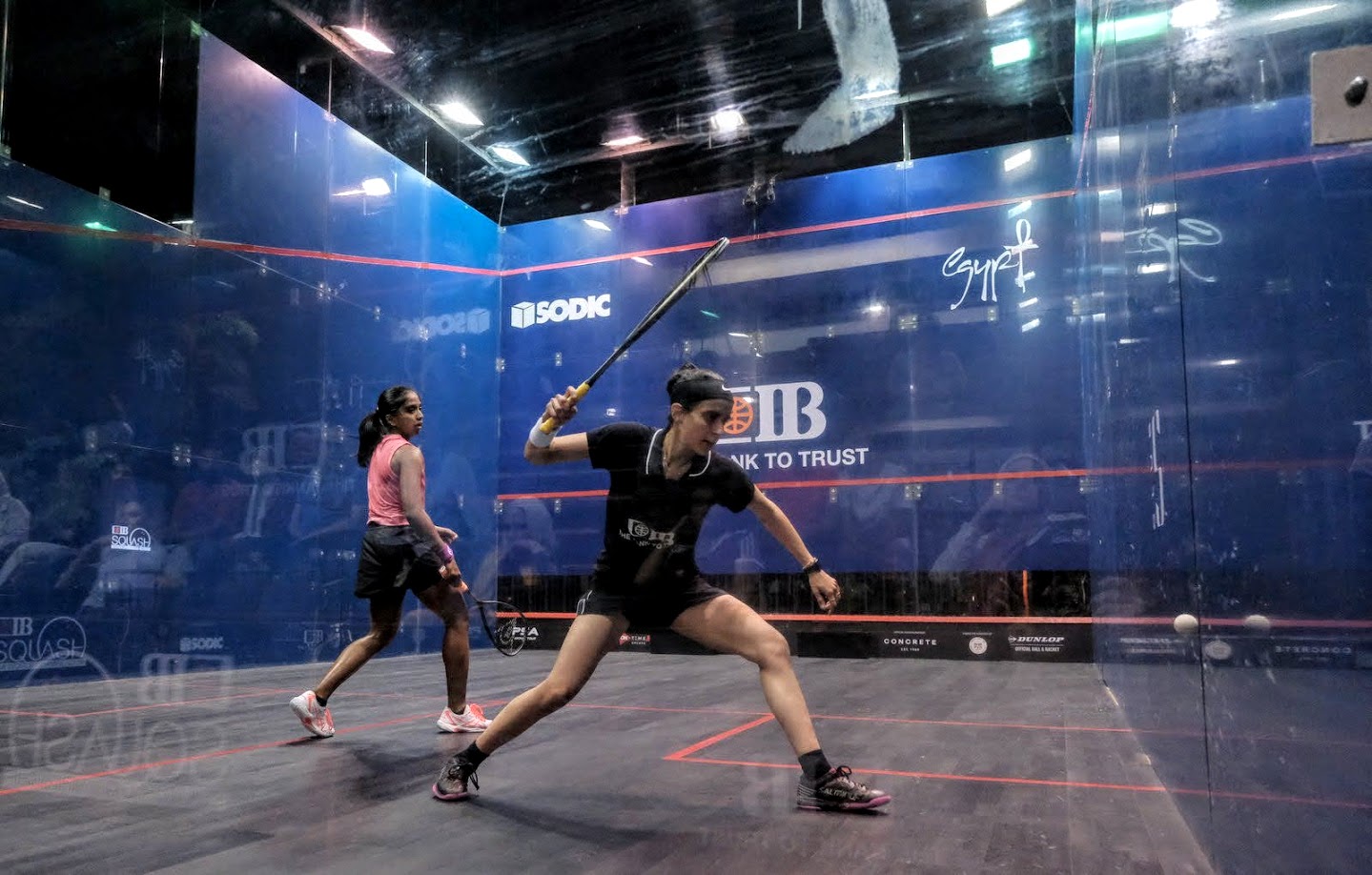