World No.2 Ali Farag will have the opportunity to reclaim the World No.1 spot when he contests the 2022 final with Mohamed ElShorbagy, after coming through a brutal 97-minute duel with Mostafa Asal.

Former World No.1 Farag went into the match with a huge 11-1 head-to-head advantage over Asal, having most recently beaten the 21-year-old 3-2 in the semi final of the Houston Open.

‘The Raging Bull’ made a huge statement at the beginning of the match, racing into a 6-0 lead in game one with high-quality hitting before taking the first game 11-8.

Farag hit back in the second and went 5-1 up, before Asal narrowed the lead to 8-7. The experienced Farag, though, was unfazed and held on to take an 11-8 win of his own.

While the first two games were free flowing, the third was tight and attritional, with the game a stop-start battle that saw a number of video referee decisions. In a bid to shake up the pattern of play, Asal came to the front more frequently. Farag, however, was able to find an answer every time and take the third game 11-8.

After a blood injury to Asal was treated between games three and four, it was the World No.4 who came out stronger, as he forced the match into a fifth game with an 11-6 win.

Farag increased the intensity in the fifth game, which caused Asal a number of problems as the 30-year-old took a 4-0 lead, capitalising on Asal errors. 8-3 down, and it appeared like Asal’s final dreams were slipping away. Write off the 21-year-old at your own peril, though. The Cairo native battled his way back to within touching distance of a famous victory, only for Farag to finally put him to the sword with an 11-9 win. 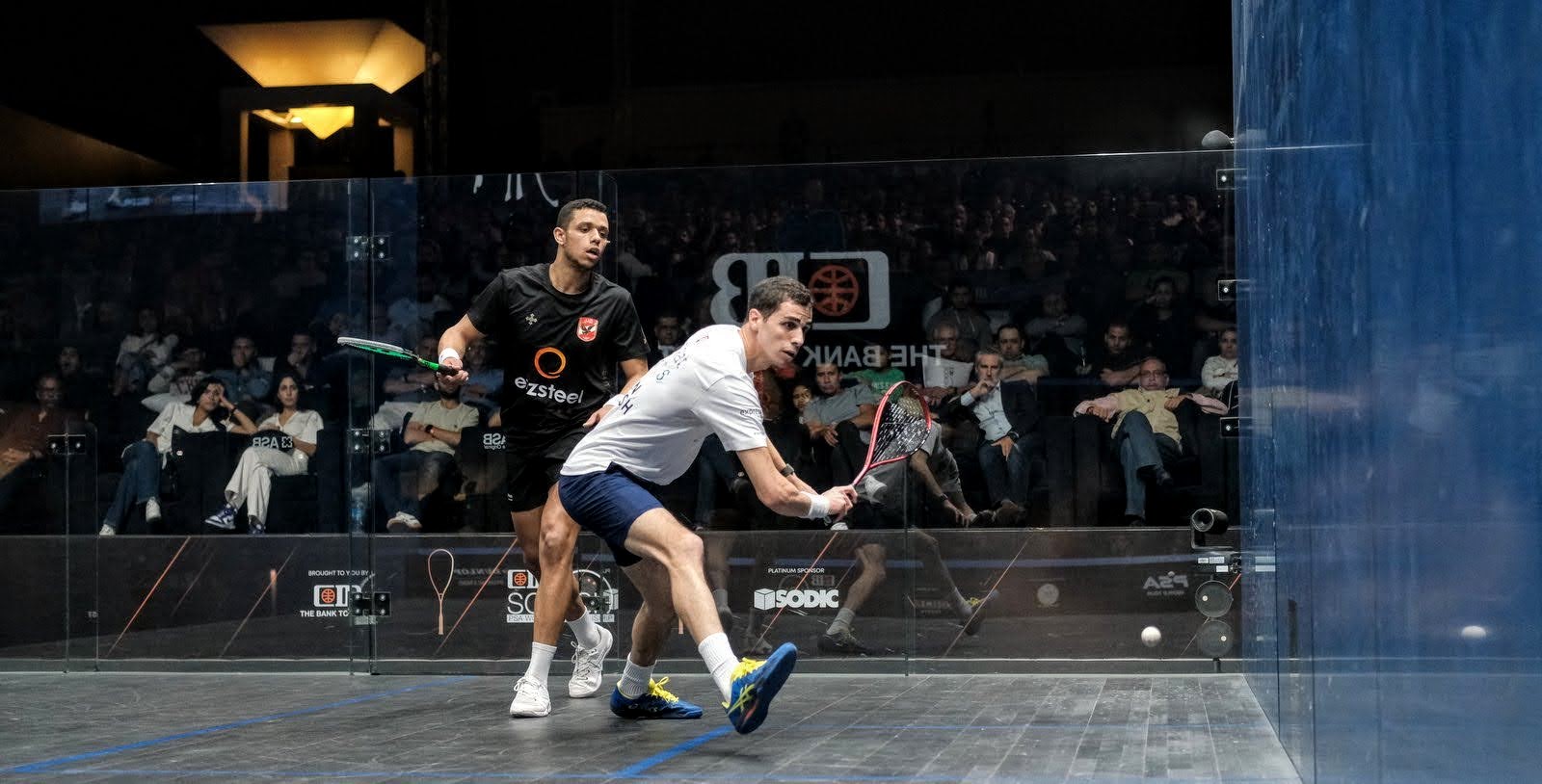 “I felt this was going to go on forever. Mostafa is a brilliant player; he has everything in the book at the age of 21.

“I’m sure we would both like to play more free-flowing squash. It was too stop-start. It’s not what we want to play and I think it’s not what the crowd wants to see.

“I think the referee did his best to keep it as free-flowing as possible. It was not enjoyable to watch, to be fair, it was too much out of rhythm, in rhythm, it was tough to concentrate. That’s why I felt edgy at the end, I couldn’t get into momentum and all credit to him, at 8-2 he never gave up. He got me edgy and I’m very relieved to see that one go into the tin.

“Of course there’s extra incentive to win and reclaim the World No.1 spot. But Mohamed’s never gone anywhere, I was watching and learning how he was playing. It was a masterclass of tactics. I told him that after his match and I told him he was a bit annoying in the middle of the match as well! We joked about it and he’s a brilliant squash player, very astute and a student of the game, as he likes to call it.

“It’s amazing to be in another final, especially after such a tough draw for both of us, in front of our amazing home crowd, who all stayed! I wouldn’t have stayed if I wasn’t playing, I wouldn’t be watching me now!

“Squash is the best sport in the world. It doesn’t get any better [than squash], it’s very exciting. You have to have the skill set, the technical abilities, the tactics, the stamina and endurance. What else do you want for watching a sport? And you’ve got so many different characters; we’re both very feisty on court, which I think is how squash should be, but we also play with good sportsmanship. Look at this venue, whoever is at home and not experiencing this venue is missing the experience of a lifetime. I would urge everyone to come, and thank you to everyone who’s organised this and I can’t wait to be back tomorrow!” 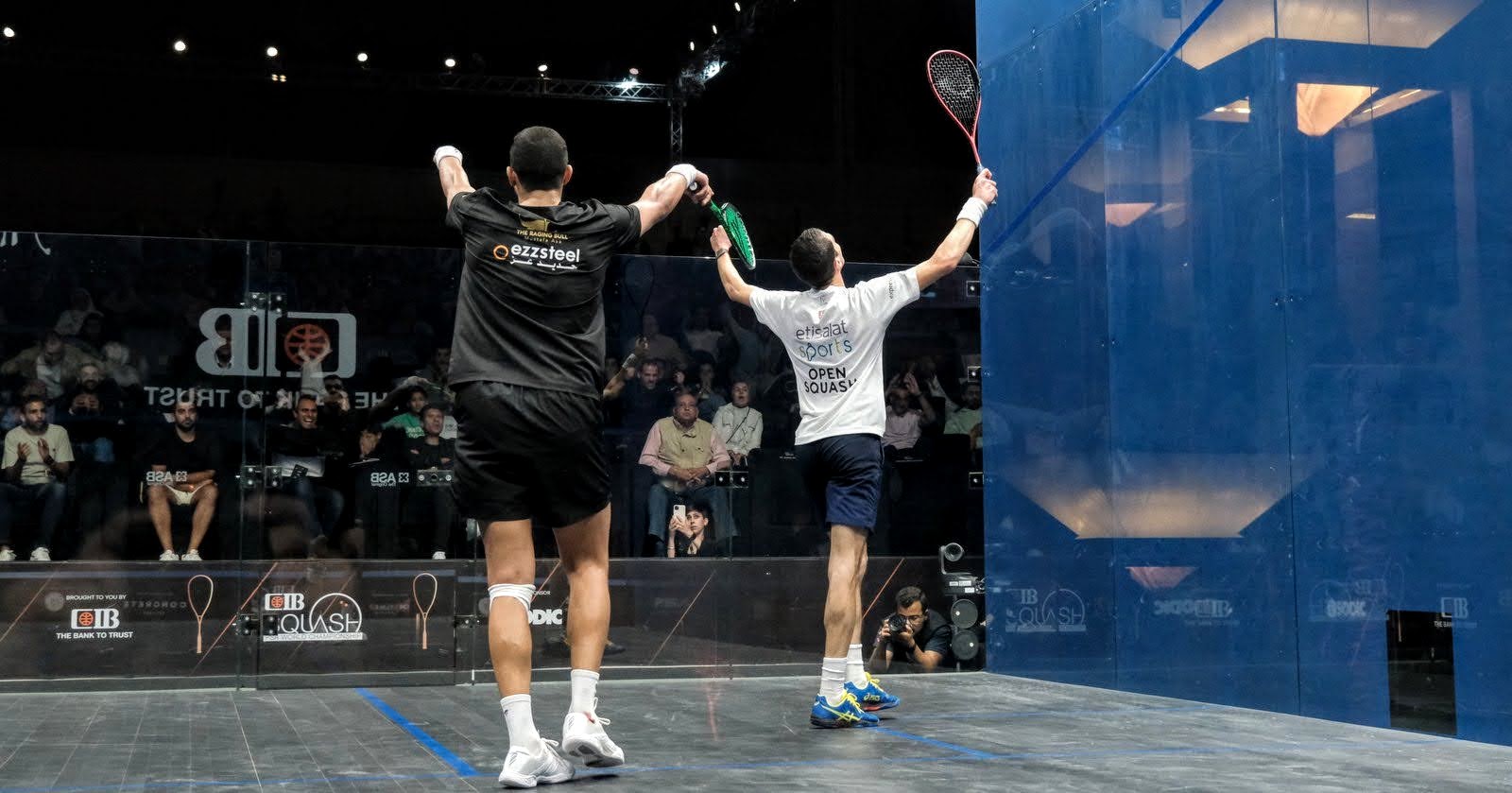