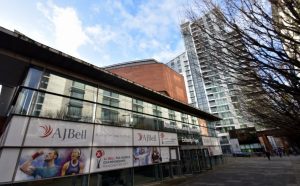 The second day’s play at Manchester Central saw the semi-finalists decided in the bottom half of the draws.

In the afternoon session Camille Serme avenged her recent defeat to Joelle King in Emphatic style, and Ali Farag reached his first Worlds semifinal after coming from a game down to beat Miguel Rodriguez.

In the evening matches Raneem El Welily continued her recent run of wins over Nicol David in a match that was a repeat of that dramatic 2014 final, and the evening ended with Marwan Elshorbagy also reaching a first Worlds semi as he deposed defending champion Karim Abdel Gawad in straight games.

It’s Egypt v France – both sets of semi-finals will feature three Egyptians and one French !!!

Read on for the full details …

DAY EIGHT at the World Champs 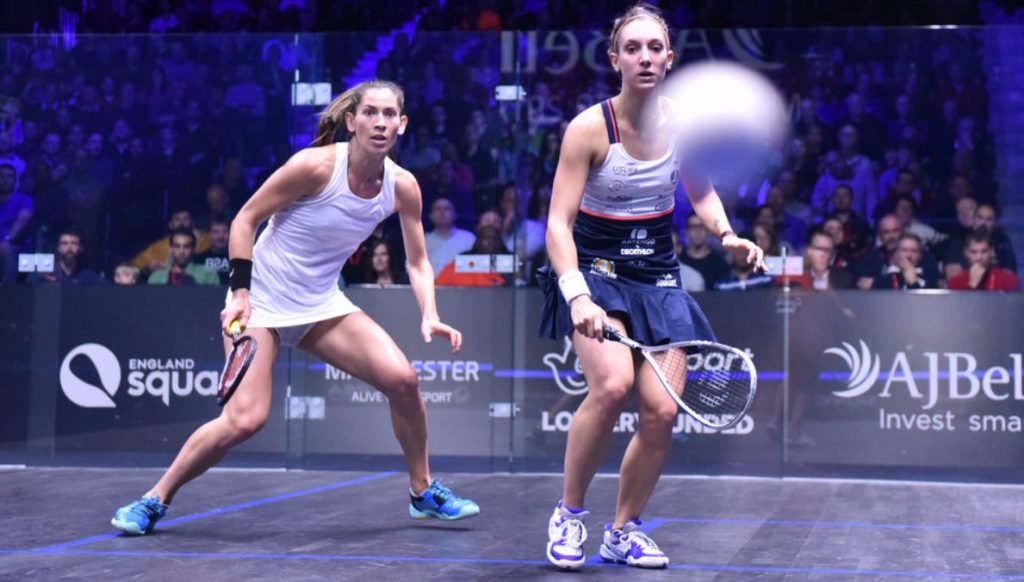 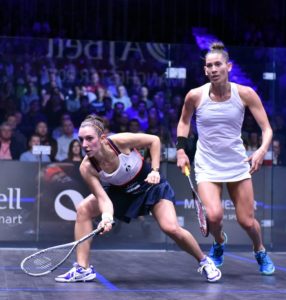 Serme through in style

Having lost a thriller to Joelle King in the U.S. Open just a few weeks ago, Camille Serme was in no mood for a repeat today as the French third seed dominated them match from start to finish.

Only when Kiwi King led 3-1 in the third did there seem to be any chance of a repeat upset, but that was quickly snuffed out as Serme stormed through the rest of the game to take the match in just half an hour.

The win sees Serme through to her third World semi-final, and a second in a row.

“But after our last match, when I was really nervous, I did a lot of work with my mental coach on being mean on court. We knew it was going to be a tough match and I’m glad it worked out today!

“It’s reassuring that I’ve already been a semi-finalist before, but I’ve never reached the final, so I want more.” 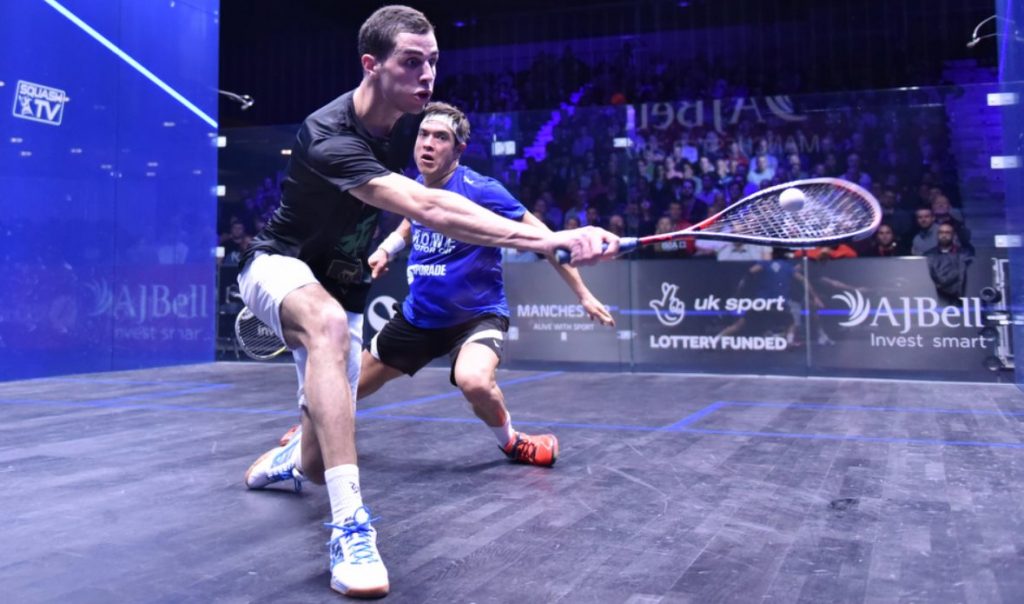 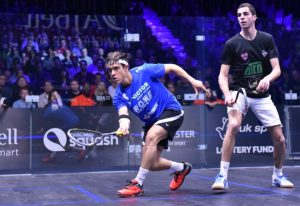 Where did the Ali Farag that strolled through the first three rounds go, many were asking as Colombia’s Miguel Rodriguez took the lead in the first men’s quarter-final of the day.

Miguel played well, but Ali just wasn’t there, not controlling the play like he had done, and making errors to boot. 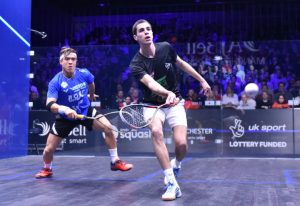 The second game was longer and tougher, with two or three marathon rallies, and it seemed that the Egyptian was working it out.

He took that game and dominated the third and fourth as he had in his previous matches, Miguel unable to knock him out of his stride any more. At 10-2 in the fourth there were some entertaining rallies as Miguel saved four match balls, but the end was inevitable.

Miguel started off firing in the first, he was much more aggressive than I was in the back corners, he was consistently in front of me, and he was dominating the T for the whole first game,” said Farag. 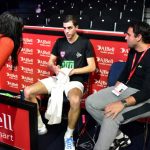 “But thankfully, I have not only Nour in my corner obviously, but also Karim Darwish, former world number one, from Wadi Degla Clubs. 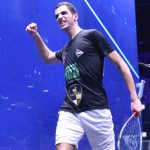 It was toe to toe all the second game through, and after I won that one I think I gained a bit of confidence, and unfortunately for him he didn’t have as much left in the tank because he had some brutal matches in the earlier rounds. 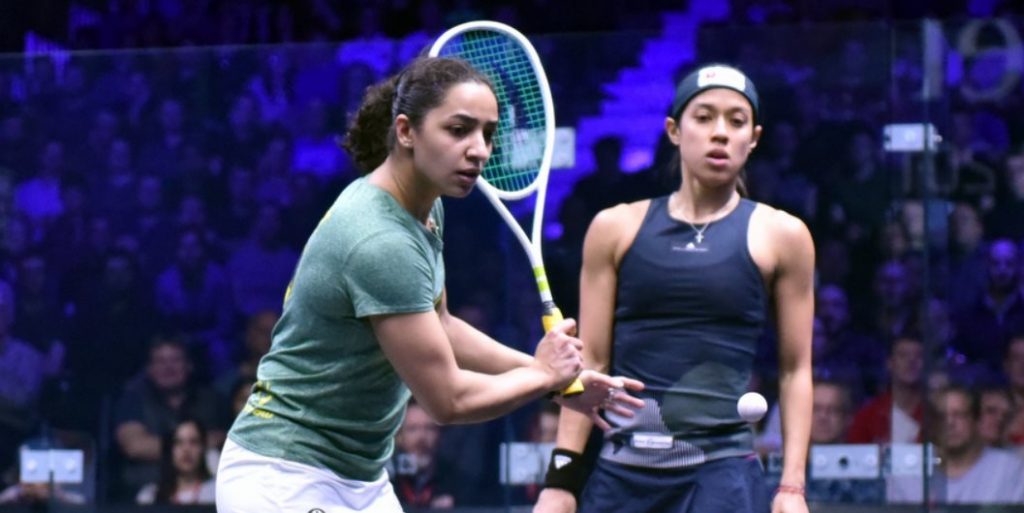 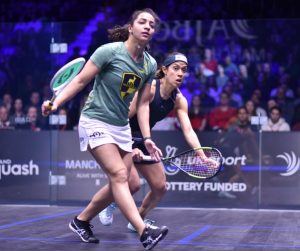 In what was a repeat of the dramatic 2014 World Final, when Raneem El Welily had four match balls before succumbing to Nicol David who won her eighth title, the Egyptian world #2 continued her recent run of victories against David to reach a sixth successive Worlds semi-final. 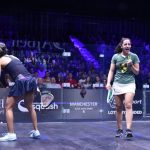 Welily took the lead after an error-strewn – from both players -first game, but David battled back to take the second.

Welily’s racket skills were to the fore in the third as she regained the lead, and she recovered from a 2-4 deficit in the fourth to take the match 11-6. 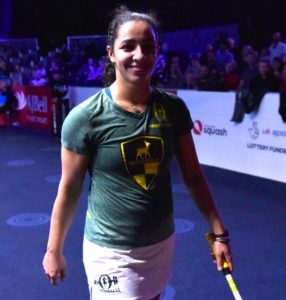 I’m really happy to be through today, you know that Nicol is always willing to put up a fight, especially in the world Champs, so I knew it was not going to be easy.

In the second, she came back firing at everything, I just had to regroup and push back.

Looking forward to my semi against Camille, we played so many times, and last year at the worlds, we played in the semis as well.

It was really close, and she is obviously in top form, beating Joelle 3/0 who is also in top form, so she must be on fire! 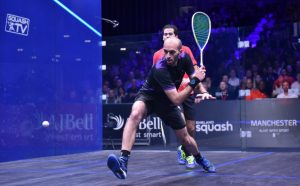 The last match of the day – of the round – was an all-Egyptian affair between two relative newcomers to this stage of the competition – Although Karim Abdel Gawad was the defending champion this was just his second quarter-finals, while it was Marwan ElShorbagy’s first.

Marwan took the better start and held the lead throughout the first to leas 11-8, then pulled away at the end of the second to double his lead 11-5. 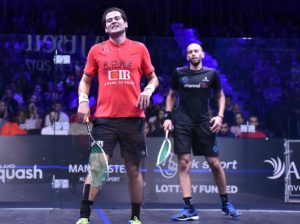 Gawad took an injury timeout to get treatment to his shin, and returned to court taped up and, as the rallies progressed, was clearly in some discomfort and pain.

Marwan opened up a 6-2 lead and it looked as though Gawad may be ready to shake hands, but he battled on and levelled at 7-all before Marwan pulled away again to 10-7.

Two match balls were saved, but on the third Marwan was in the semis and Gawad’s reign was over. 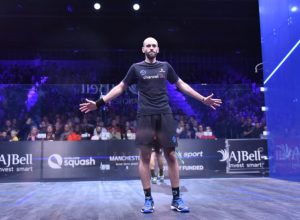 “I’m so happy, I can’t even describe how happy I am right now,” said Marwan. It’s my first semi final in the World Champs, it’s the most important tournament of the year. This is what we train for.

I’m happy with my performance today. Karim had an injury break I’m not sure what was going on, but whatever it is, I hope it’s not too serious.

I had to keep my focus, I lost a bit my concentration in the third game, and he came back very well.

I’m happy, I’m focusing on my game, I have a big match tomorrow coming up against Ali, so I’m just going to give it my best. 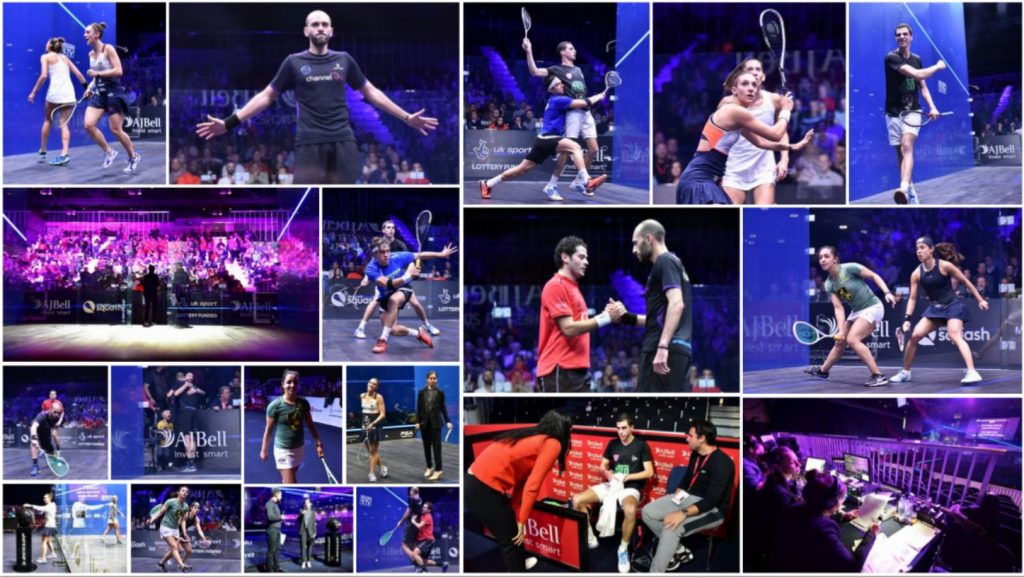 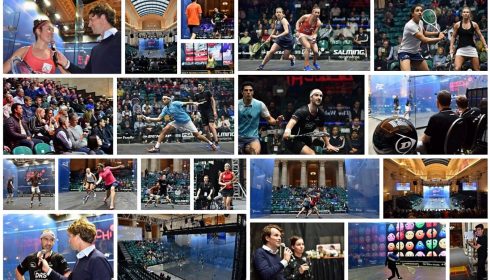 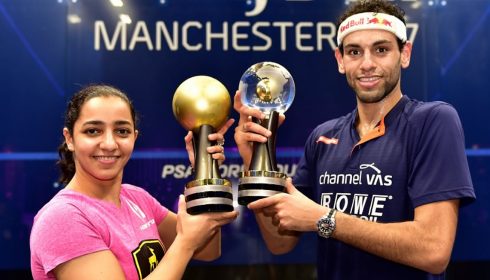 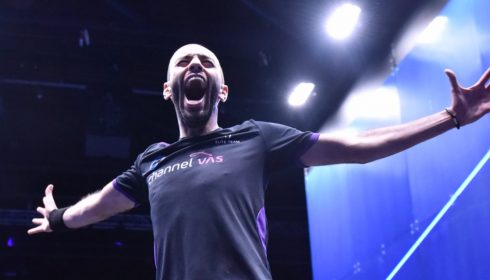 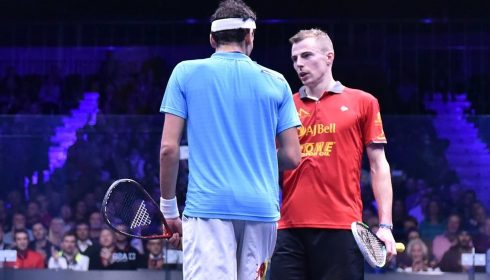 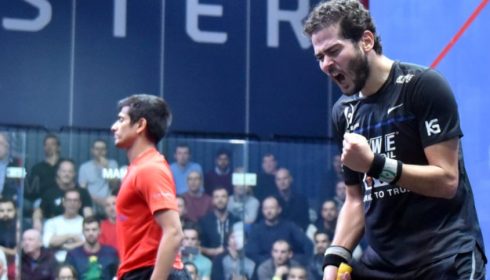 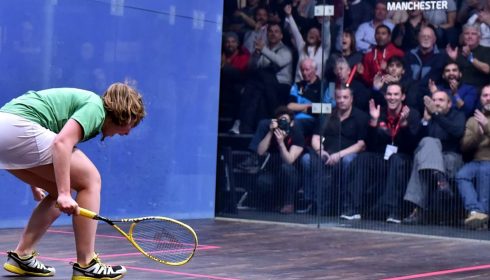