In the last match of the day, Egypt’s Mostafa Asal got the better of Peru’s Diego Elias in a stop-start encounter to reach his first World Championship semi final, where the 21-year-old World No.4 will face defending champion Ali Farag. Ahead of the match, much had been made about the growing rivalry between the two, with the pair’s last meeting a notoriously ill-tempered 127-minute slugfest at this year’s Canary Wharf Classic.

Today’s match began well and at a good pace, before play began to break down midway through the first game as the two players collided with increasing frequency. After Elias took the opener 11-9 in 27 minutes, the pair continued to clash regularly in the second as tempers frayed and referee Sheldon Anderson was called on to make a number of decisions.

The stop-start nature of the second game appeared to break concentration of Elias, who displayed his frustration as Asal levelled the match with an 11-4 win. Between the second and third games, Anderson walked on court for discussions with both players, and from then on the match flowed better.

Asal was able to better adjust to the new rhythm of the match and showed the best of his incredible athleticism to take the lead with an 11-7 win. A frustrated Elias changed his approach and went short more often in the fourth game, but to little avail, and Asal – backed vociferously by a partisan crowd – made short work of the World No.5 with another 11-7 win. 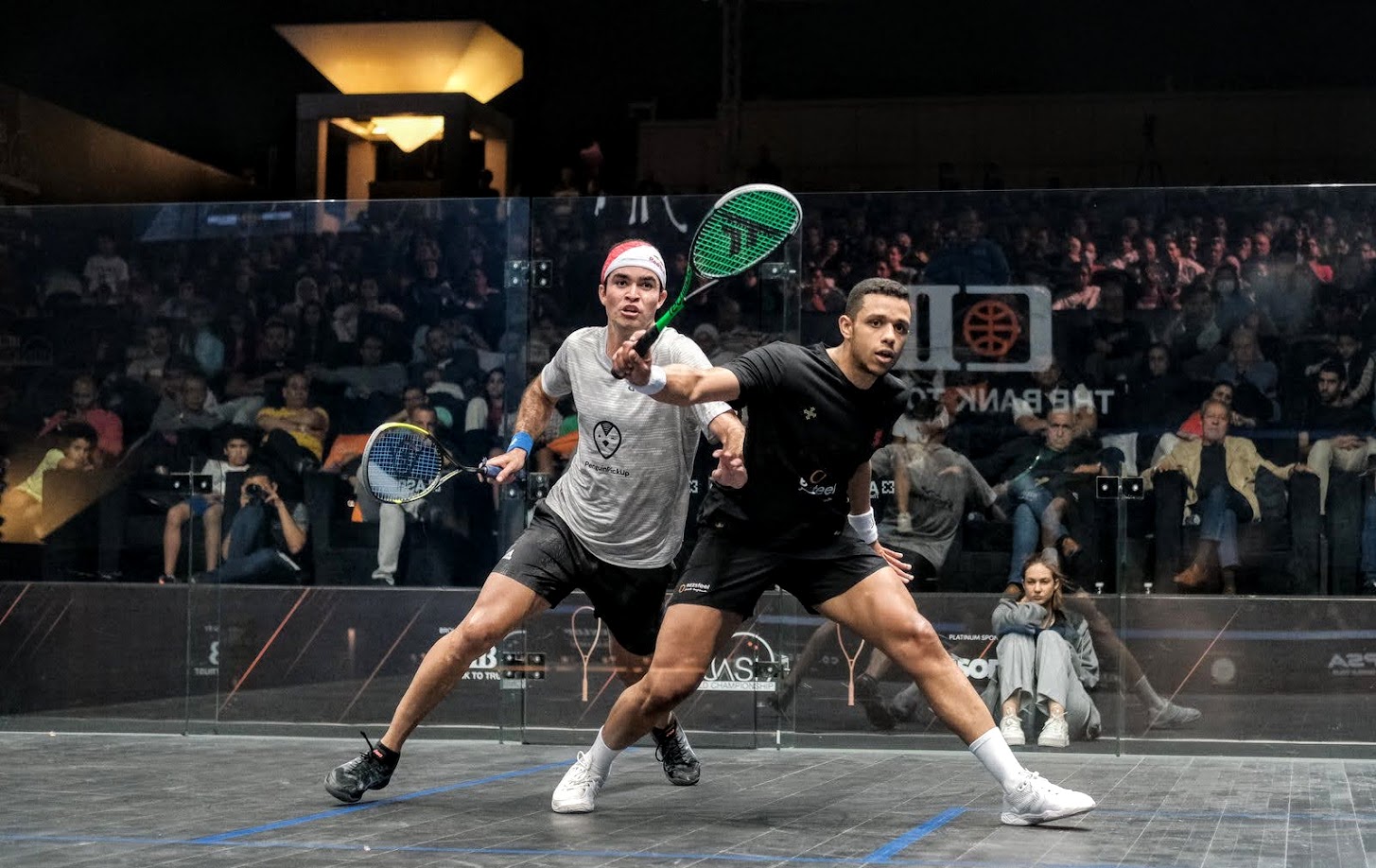 “I’m playing for the crowd, it’s 100 percent a boost for me. I’m so happy to make it into the semi finals, match by match, opponent by opponent.

“Every time I’m looking at my performances, I have won the World Tour Finals, I have won the US Open, I’m winning major titles, so why not this? It’s going to be my first World Championship trophy. First of all, I’m looking forward to my next match, an unbelievable opponent and we are studying each other really well.

“I’m not feeling like it’s a physically tough tournament for me, my matches have been 30 minutes or something like this, so I’m ready to perform and be on here. I’m playing 10 minutes from my home club and all the fans are coming in. It’s going to be tough tomorrow but I’ll try to make it!”