It was not an easy night for the Girls tonight! After Nour El Sherbini being pushed around by Kenzy in the first match, it was the Gazelle’s turn to get into the Top Seed Turmoil! 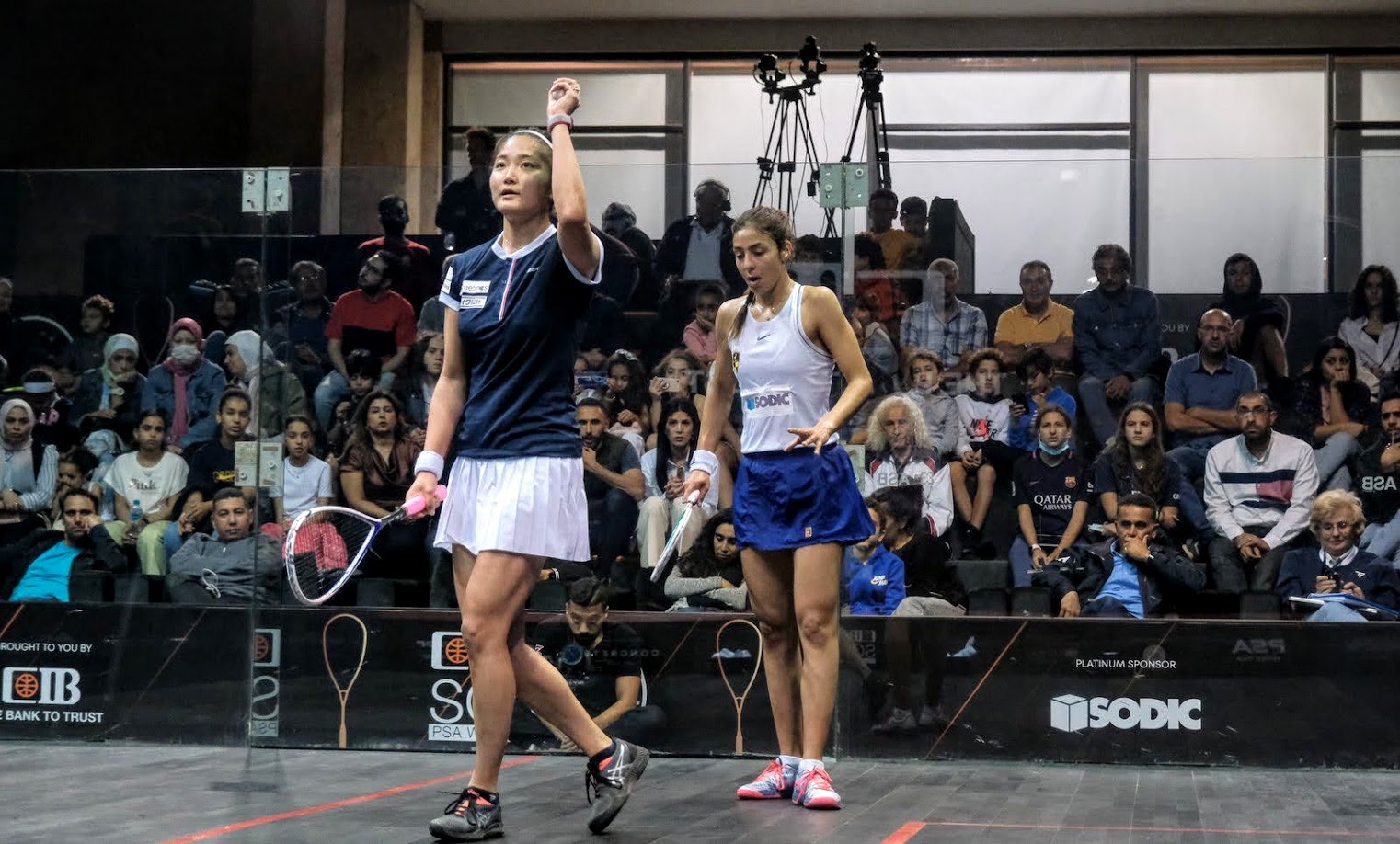 I finished writing my little report on Ali’s match and as I closed the computer, I heard 8/3. And I realised it was Satomi at the helm!

Well, it’s the first time ever Hania is top 3 in the gigantic World Champ. At home. And in front of her sponsor who is organising half the event, seating at the front. Nerves you think? Oh yes.

Add insults to injury, the Japanese hit her hard with the ball to be awarded a stroke, 10/6 Satomi 4 game balls. Hania started to find her marks but too little too late, and it’s 11/8 in 7m for the Outsider…

Hania, not amused, didn’t really take a break. She was back on the court while it was being cleaned, hitting drives and crosscourt drop shots to try and find her accuracy. It worked. 7/2, 11/5 in the second.

The last game, Hania is making a point, and score will go to 10/0 before the Japanese is allowed to score 2 points. 11/2.

That was NOT EASY.

“It was obviously very hard, she took me by surprise to be honest. I’ve known Satomi for a long time. We’ve played a lot of junior tournaments together, British Open juniors, World juniors as well. But I haven’t seen her for a while, so I knew she was a great player, but I didn’t know what to expect today.

“I always look for my coach, in these tough moments when you feel like you’re not playing your best, that’s when you need someone to reassure you that you’re actually get in the gameplan you want.

“One of the lessons I’ve taken is maybe not stick to the gameplan I originally want to be playing. See how things are going on court and definitely there was stuff that I would have to change in the middle and that’s something I tried to focus on during the game. Sometimes you have a gameplan against someone and then your opponent changes their plan and changes her tactics. I have to be very aware of that.

“It was definitely tough, I’m really glad I was tested today and I managed to get through it.” 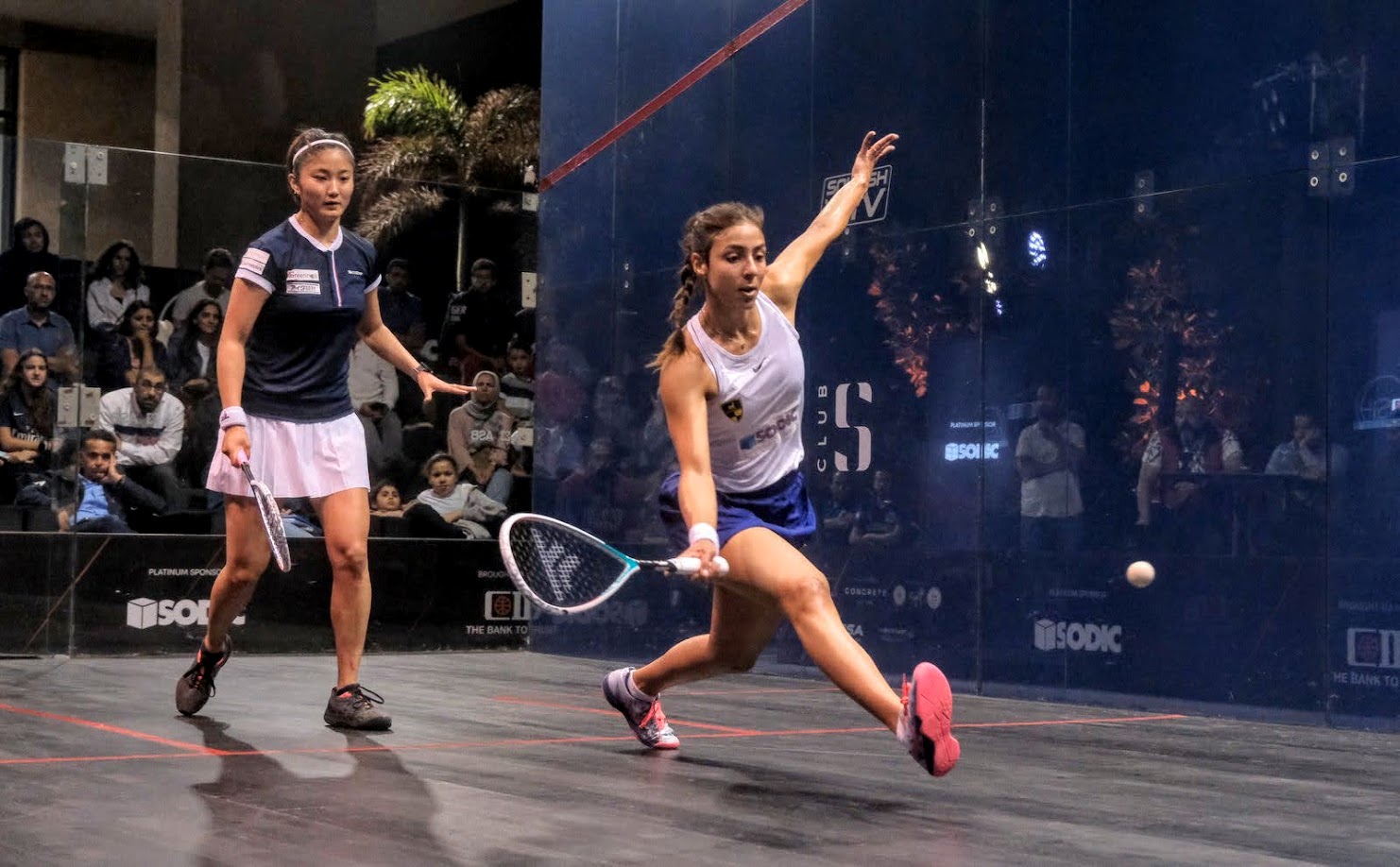