New Zealand’s Joelle King and Egypt’s Nada Abbas will meet in the third round after victories over Egypt’s Yathreb Adel and the USA’s Olivia Clyne. World No.5 King made a rapid start to the match, with the Kiwi No.1 looking sharp and accurate as she took the first two games11-3, 11-5.

World No.38 Adel put up strong resistance in the third, both going neck to neck for the pleasure of the crowd, 8/8, 9/9, but Joelle takes it on her first attempt, but was unable to prevent King from securing a 3-0 win with an 11-9 victory for the 33-year-old.

She never let me in. I was feeling sore from my match with Mariam, but she never gave me a sniff. Except maybe in the 3rd, she relaxed a bit and I was able to get a few points. But to be honest, she gave me a lesson…

“Yathreb and I have seen each other play a lot and played a few times over the years. If the ball is on her racket she can put it away as well as any player on the Tour.

“Today, I just tried to contain her, she obviously had a really tough battle against Mariam [Metwally] two days ago, so I just tried to set my stall out from the beginning and apply pressure early and keep her contained. Like most good players she came back at me in the third, so I’m glad to get off in three and looking forward to my next match in two days time.

“Mentally that was such a tough match for Yathreb against Mariam as well as physically, so I’d say anyone you’re playing, if they’ve come off a tough match, your tactics are to start well from the get go and keep the pressure on and at a high pace. I thought I did that well in the first and second and then she came back at me in the third, but good to get off 3-0.

“The glass feels like another tournament, it’s such a true court. Sometimes the back courts can be a leveller, so I’m looking forward to getting out there and playing at night. As of tomorrow, I’m going to have a rest day, bit of sun and prepare for that match. Nada came through a light match because Olivia [Clyne] unfortunately had to retire, so I know she will be fresh, up for it and she’s young and keen, but I’m looking forward to the challenge.” 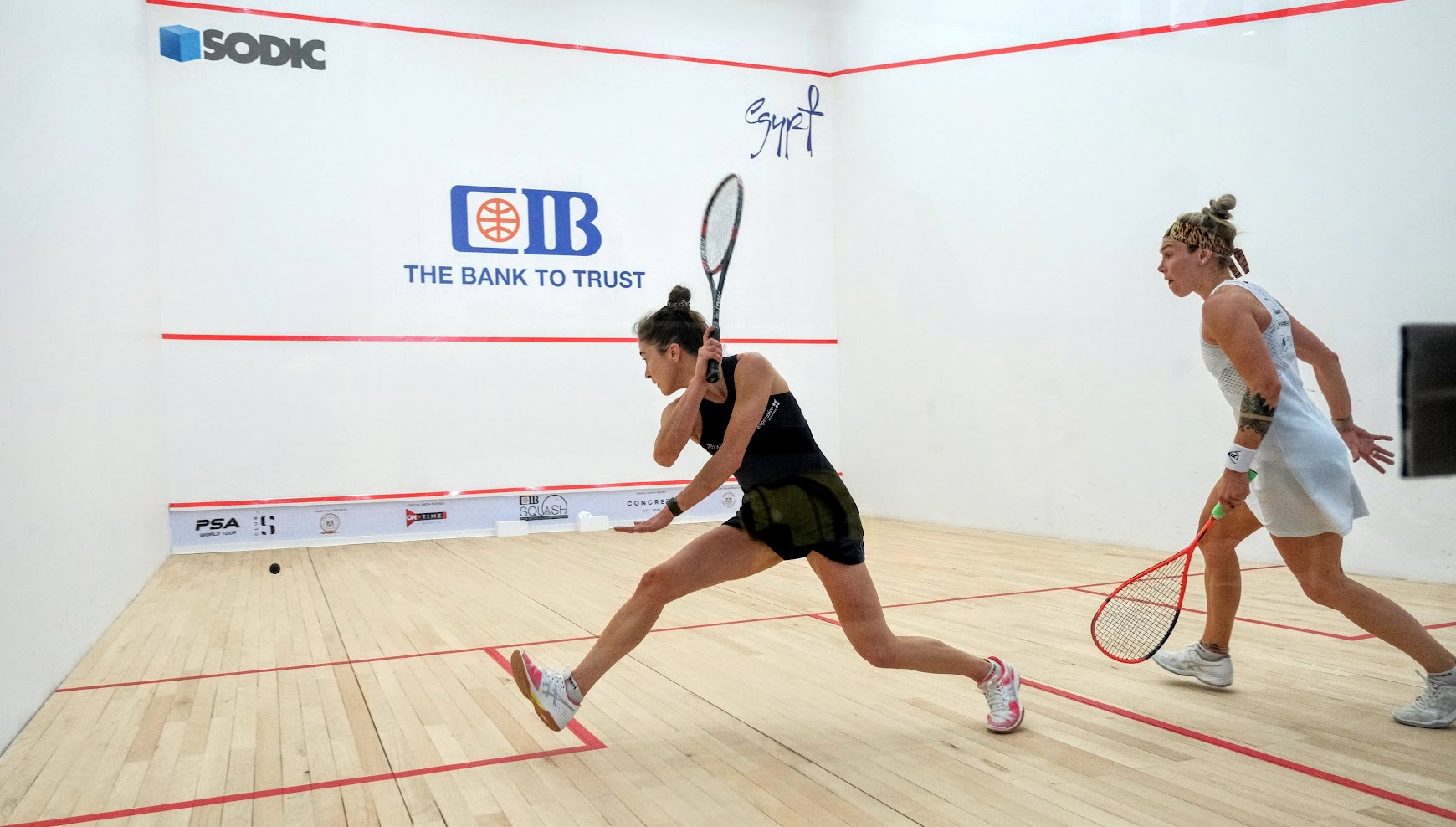 Fram Reports
A very interesting match I thought. Nele, who has been struggling with personal issues recently, seems very much back in action. She was accurate, relaxed, smiled when she was explaining why in her opinion a decision was wrong – and in my mind, she was right in her analysis – and managed to put the Scot under so much pressure that she forced her to make far too many mistakes to put Nele under threat.

The 3rd was touch and go in the middle of the game, but there again, errors crept in allowing the Belgium Princess to fly away with the score, 7/6 to 11/6

“I’m very happy to get away in three because Lisa is a really good player. I was able to focus on my game plan from start to finish, definitely focused. It was a long, clean battle as I expected against Lisa and I’m very excited to play on the museum court next.

“It’s really exciting that there’s a new venue, I’m really looking forward to it. It’s going to be different and new conditions but I’m up for the challenge.

On the injury from Europeans:

“My preparation hasn’t been as good as I have hoped for this one, which is a bit frustrating. I’m managing it and so far, it’s been good.” 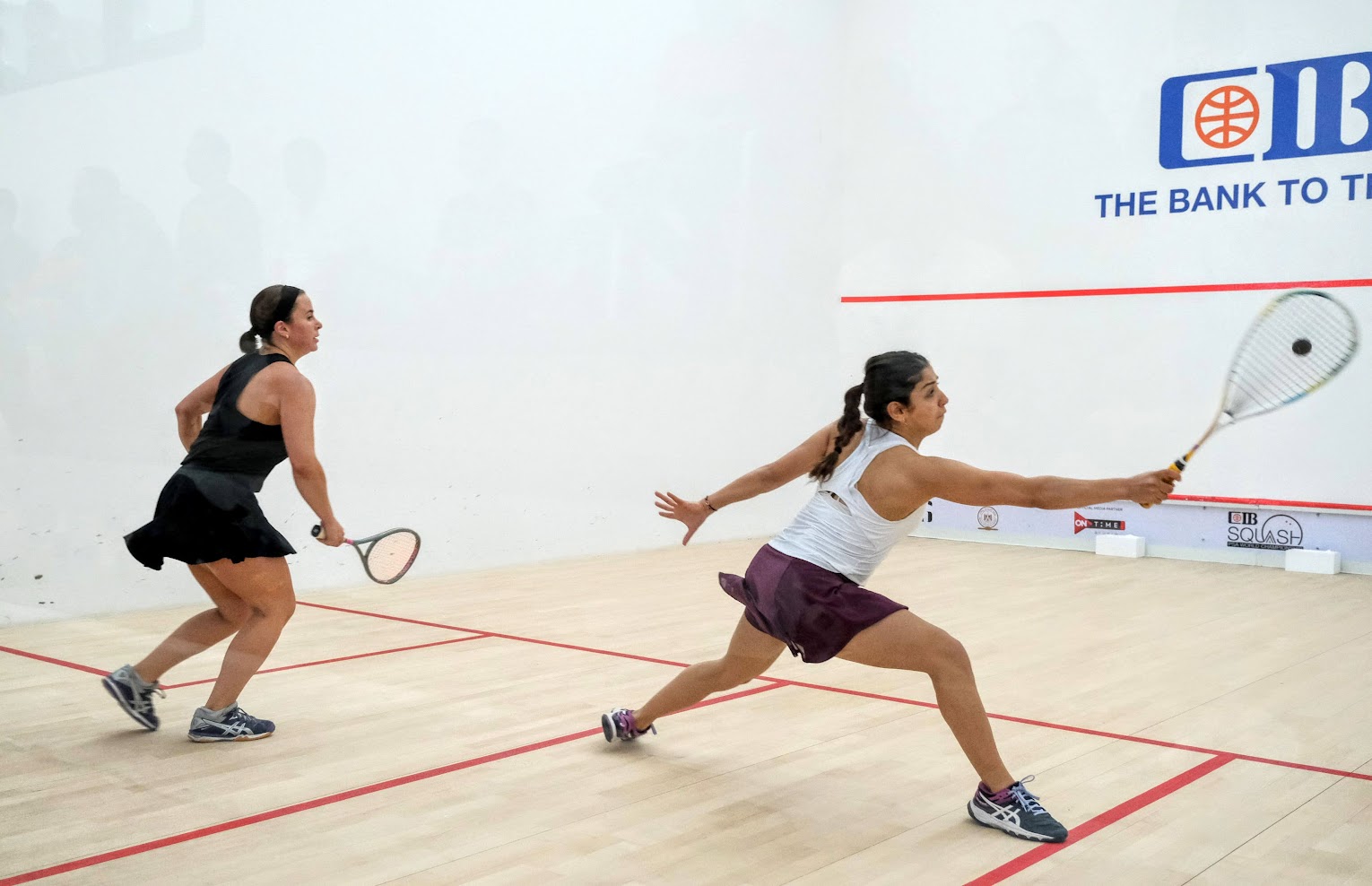 From the start of the match, I was surprised by Liv lack of aggressiveness, which is her principal characteristic on court. She was just reacting to what Nada was throwing at her. And Lord knows that the Egyptian was throwing? Immaculate length, timely volley drop shots, she was on fire, especially as she was left to do whatever she felt like!

And quickly in the second, Olivia went and shook her opponent’s hand..

I have been very sick, I have two infections, I had two series of shots in my butt and I just cannot move. Just a bad day.