Fram Reports
A game of two halves. First, Nour a bit unsure of her own squash on their, with Salma looking fluid, moving so well, having lost some weight, she seems much more at her ease movement wise. And as Lee Drew noted, she has a perfect technique! That, she has as well. 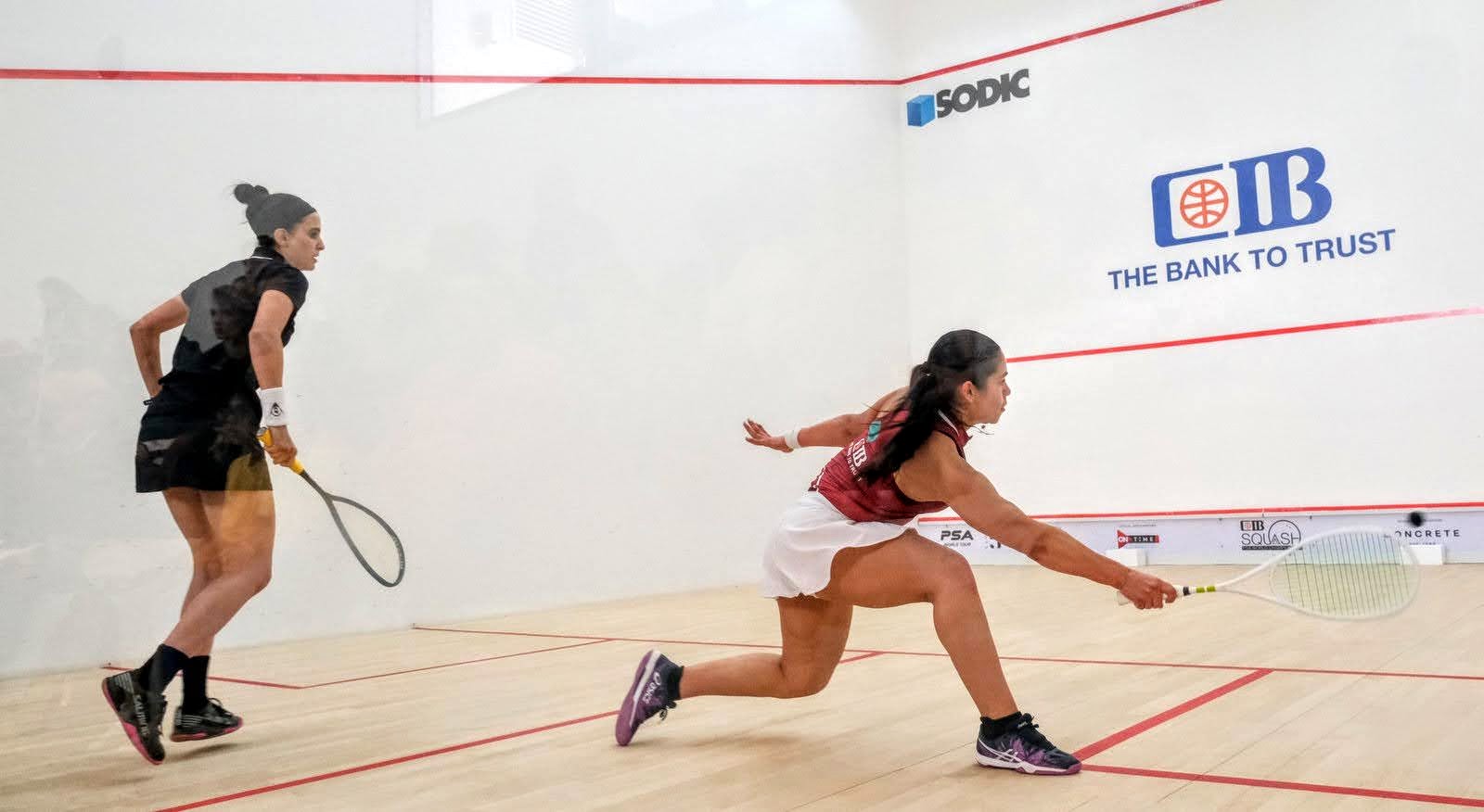 First game, she was logically ahead in the score, 4-1, 6-3, until Nour started to get a bit more accuracy at the back – specially on the backhand side wall, and on the high balls. 8/8, but it’s Salma that gets two game balls. A stroke and a no let nullify them, Salma very unhappy with a shot that she saw not up, very clearly she argued. In vain. 15m first game.

World No.28 and 2019 World Championship finalist Nour El Tayeb overcame Egyptian compatriot and World No.7 Salma Hany in an entertaining match to reach the third round.

Both players looked sharp at the beginning of the match and Hany had a golden opportunity to take a morale-boosting opening game win with two game balls at 10-8.

El Tayeb, however, was able to save both and take the first game 12-10. Hany responded with a hard-fought 11-9 win in the second game to level the match, before El Tayeb blew her opponent away with a dazzling display of accurate hitting, winning the match with a pair of 11-3 wins in the third and fourth games. 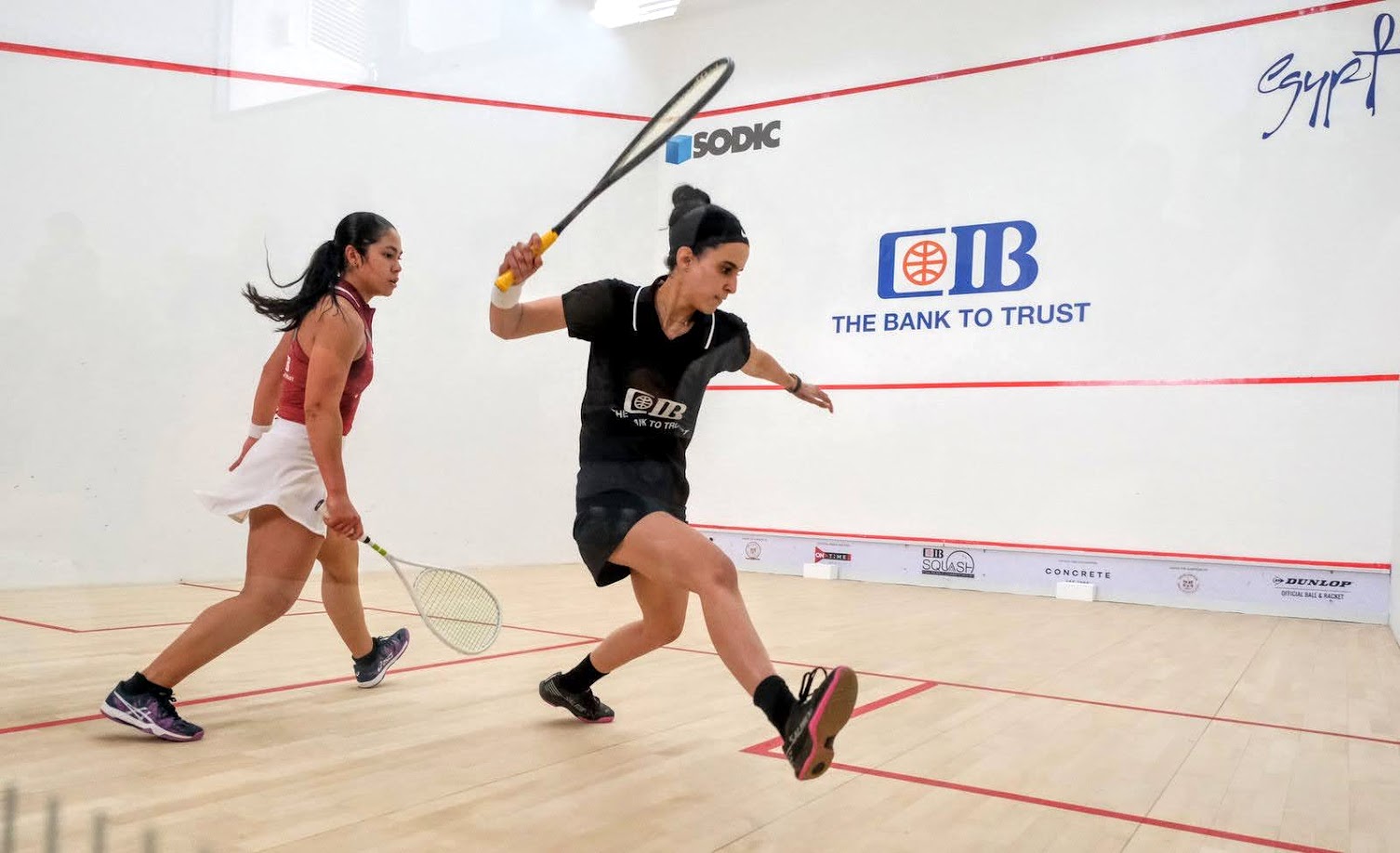 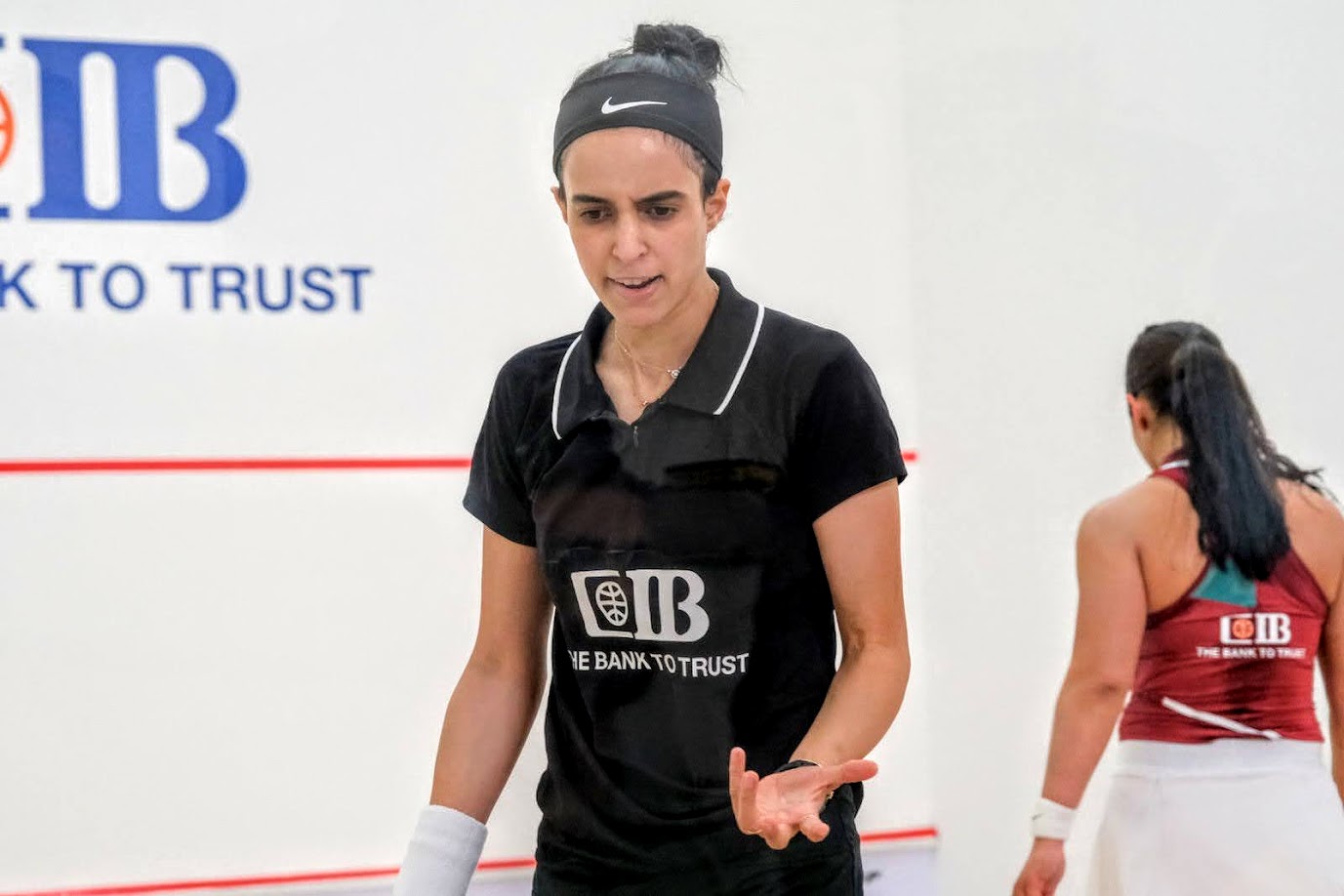 At the start of the match, it felt like I didn’t have any structure in my squash. And lately, the structure is what gives me the confidence and allow me to settle.

And in the first two games, I had no structure at all. It felt like whatever shot popped into my head, I’d play it. Which is not me. Well maybe when I was 10, 11, until 15, but it didn’t work!

Today, my plan was to lengthen out the rallies, and make her make the error. But I was actually playing something in the middle, thinking it was enough but going for short at the wrong time.

I don’t know why but in the third, I switched and managed to go short now, a bit of hold, because I had been going to the back a lot. And then when I got 5, 6 points, I saw it was working, and I felt more confident.

In the fourth, I was sure she was going to go for it, but I guess we were both very nervous. Neither of us wanted to lose the Worlds in the second round. So much at stake for both of us. But I’m glad, maybe a bit of experience, a little bit of belief, of confidence in the 3rd and 4th, carried me to the win. 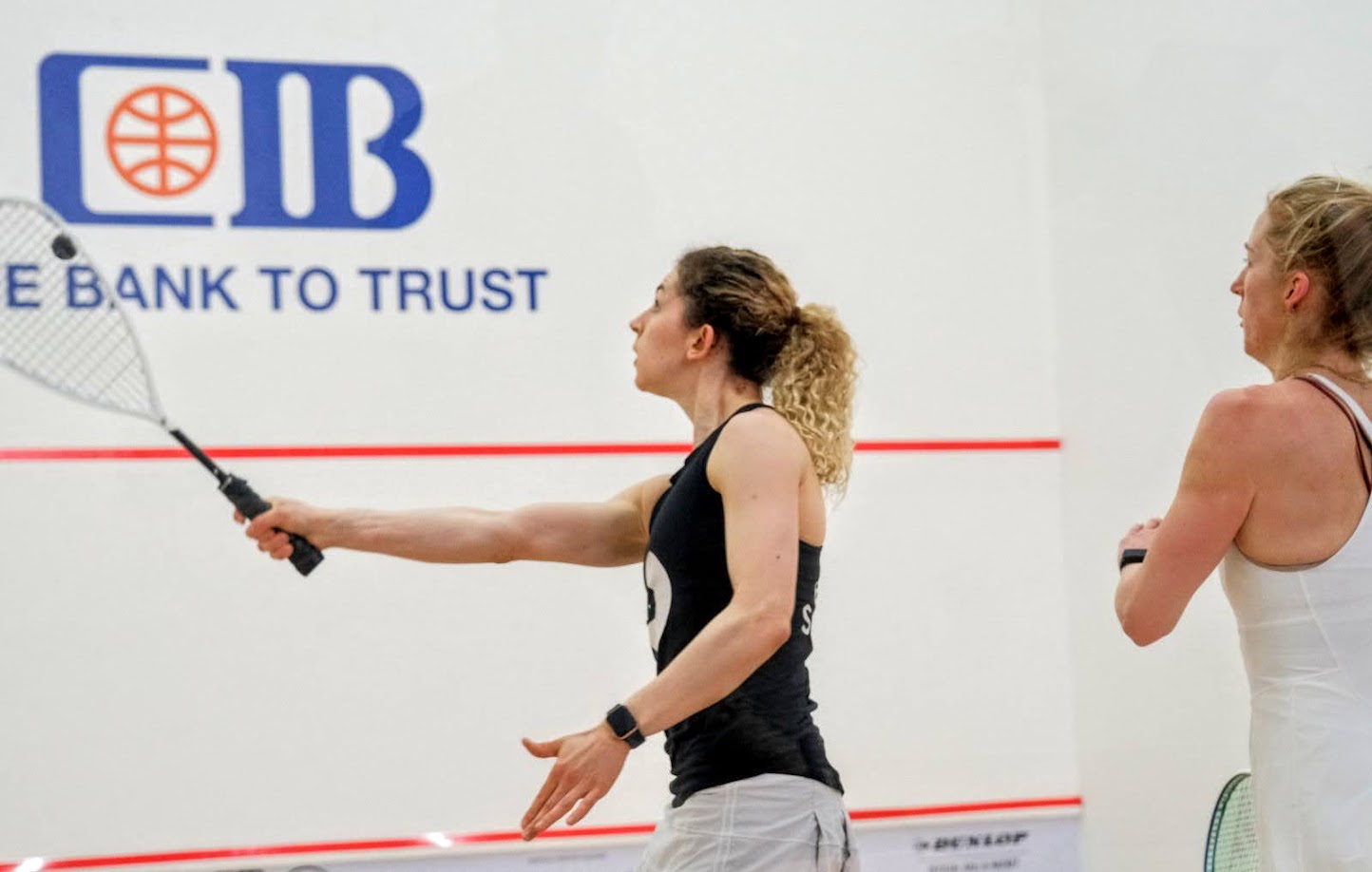 “I was really happy with that, it’s my first World Championships and I want to go as far as I can. I’m not just here to make up the numbers, I want to see how far I can go and it’s important to win these first few rounds as comfortably as you can.

“I’m really happy with my performance, mentally I was really strong, I wasn’t giving her many opportunities and I was taking it in well. I’ve never played Danielle before, so I knew I had to be on my guard because I’ve watched her.

“I’m so excited to move to the museum, I’ve heard such amazing things and if I do get the chance to play Hania in the next round if she wins today, then British Open champion, World No.3 in Egypt – it’s the best place in the world for squash against such a champion. I’m not just here to give her a good match, I will be going in there to win it.” 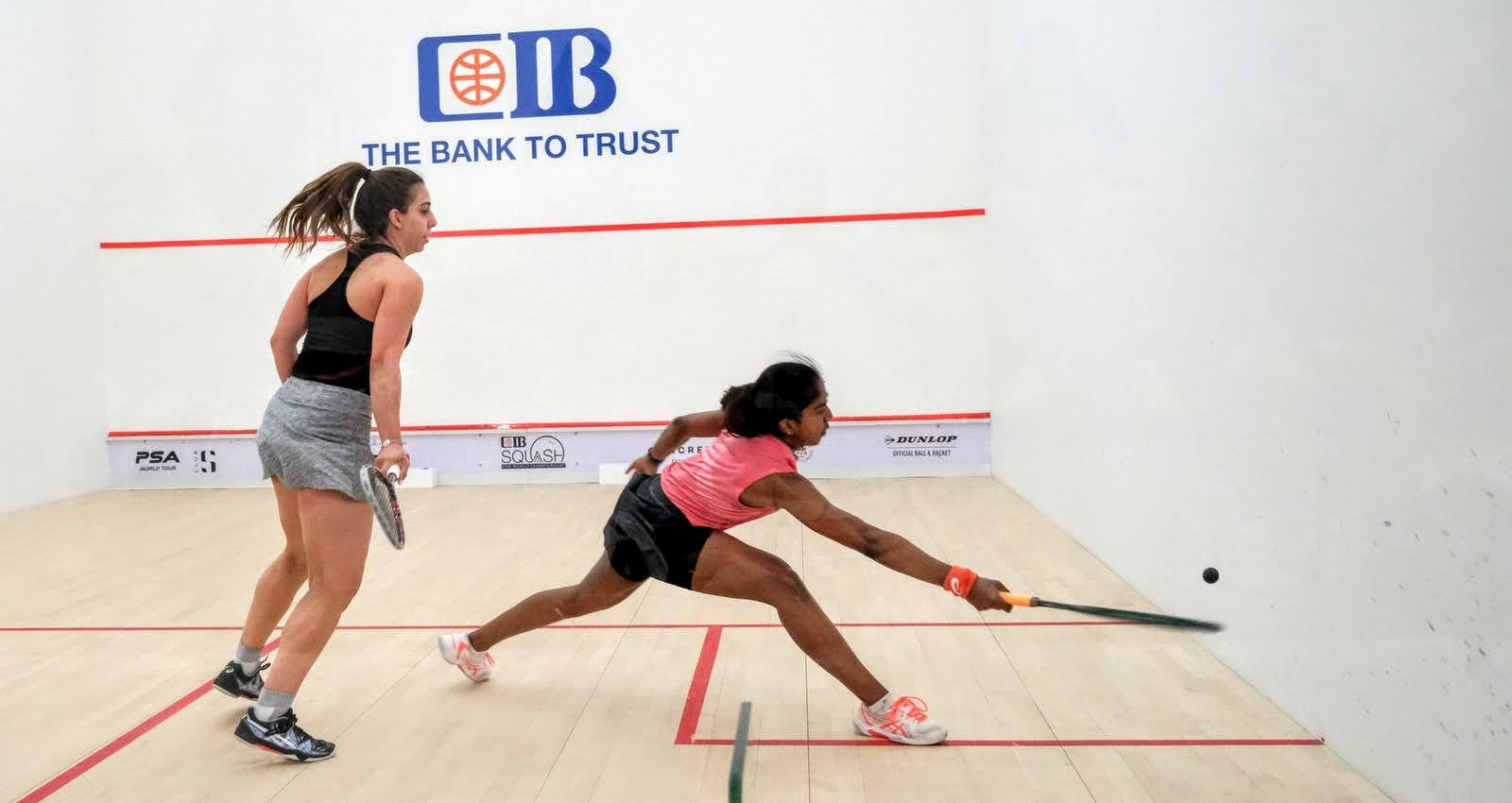