This was the match of the day, everybody who was allowed to come came… Rodney Martin, coach to Abud, Mike Way, from Harvard – Youss is Princeton but it’s still College Squash, Omar Abdel Aziz who’s been coaching Prince Charming for years now, Youssef mum and so many more that made a very warm yet relatively silent crowd – Lee Drew scare the h out of everybody by reminding everybody that coaching resulted in conduct strokes! 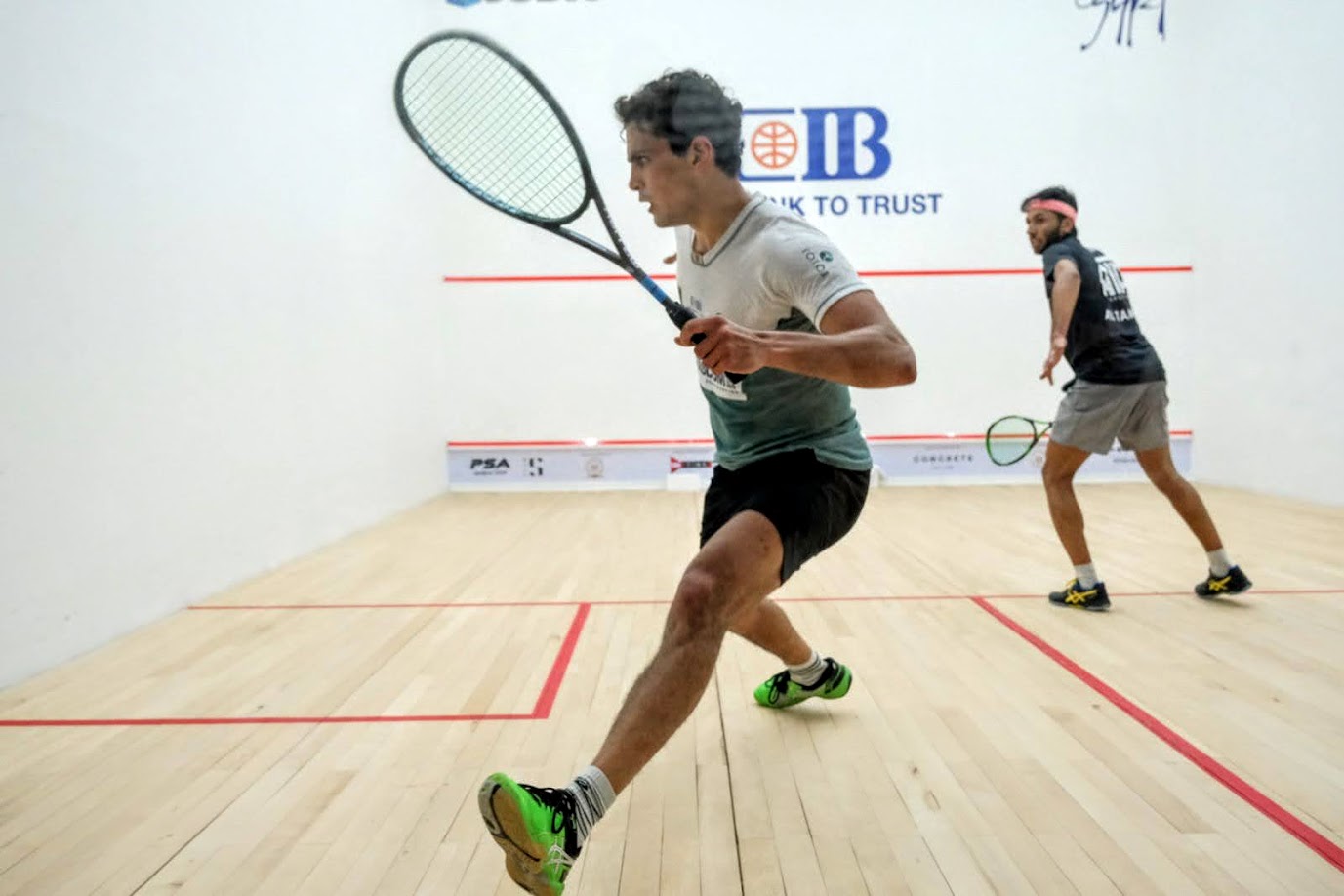 What a weird match. Once in a while I was turning to Rod Martin, way at the back. His face, well, the colour – red to deeeeep burning red – was priceless. Never said a word. Didn’t have to. The face was saying it all….

Didn’t go the Egyptian way AT ALL in the second , 5/5, 6/6, 11/7 in 9m. Ridiculous rallies, with Abud retrieving incredibly well, and counterdropping sublimely.

Do yourself a favour. Go on SquashTV, and watch the match. It’s less than an hour of exquisite squash.

In the final set of matches, Egypt’s Youssef Ibrahim played out a classic with Qatar’s Abdulla Mohd Al Tamimi.

World No.12 Ibrahim got off to the worst possible start when the mercurial Al Tamimi took the first two games, with the Qatari’s 12-10 in the first – in which Al Tamimi overturned four game balls when 10-6 down – a particularly thrilling battle between two attack-minded players.

Ibrahim, who made the last 16 of the championship last year and earlier this year finished runner up in the Platinum-level Windy City Open 2022 Presented by the Walter Family, provided the perfect response to falling behind.

The 23-year-old left-hander went after Al Tamimi in the third game and quickly opened up a 6-2 lead. The Qatari battled back to close the gap, but was unable to continue the momentum and Ibrahim eventually took the third game 11-9.

Buoyed by this win, Ibrahim continued to impress. Backed by vocal home support, Ibrahim levelled the match with a crushing 11-2 win in the fourth, before completing the comeback with an 11-7 win in the fifth.

The first game I was playing really well, I was 10/6 up, and then for some reason, I just wanted to win the point so quickly, I don’t know why, I think that was the turning point and he was playing so well…

He was executing his plan so well, I KNEW what he was doing but I just couldn’t counterattack his game plan. Yes, just a mental lapse in the first game caused me the first two games.

And then, in the third, I was playing well, from the start, I told myself ‘you are playing well, don’t over think things, just keep playing each point as it’s the last point’. And I went up 6/3, 10/6, and then he made up to 9/10 again! And I thought it was going to happen as it happened in the first…

After that, maybe he got a bit tired, I felt it, I made the fourth very physical, picked up the pace. And in the 5th, it was also mental, I was trying to take a good lead.

Having Rodney Martin out there, Mike Way, and my coach Omar Abdel Aziz, that plays a part. When I was down 2/0 down, I was thinking I don’t want to lose 3/0, my family is there. And I still believed I could win the match. At no point in the match, did I think I couldn’t win the match. Because I was playing well.

It was really mental. Everybody out there knew what was happening. Rodney Martin gave him the perfect game plan, and I knew what he was doing, but he was just sooo good at it. Once I broke him a little bit in the third, it was a bit less complicated…

I just want to finish the season, get my knee sorted – see if I need surgery or not. And as I have now finished my studies, I want to go all the way on the Tour. I love the playing, I love the practice, and playing matches like this make me love the sport even more. I just want more experience, the chance to play the top guys, and then, hoping to get to the top…

“There are some matches you want to win more than others and that was one of them. I felt I played very well from the start and felt in control in most of the rallies. He had a tough first round and I think that took quite a bit of energy out of him. I felt fresh and good, my length was good and my width and short game, I started to get a bit nervous towards the end, I think it’s the first time for me being in the third round of a World Championships and hopefully the journey doesn’t end here.

“It’s a new day in two days’ time, but knowing I can beat him [Marwan ElShorbagy] is in the back of my head and if you go in with confidence then it’s beneficial. I’m looking forward to it.

“I didn’t know where my form came from, it just clicked and I’m enjoying my game and my body is feeling good. Hopefully I can keep that form going until the end of the season.” 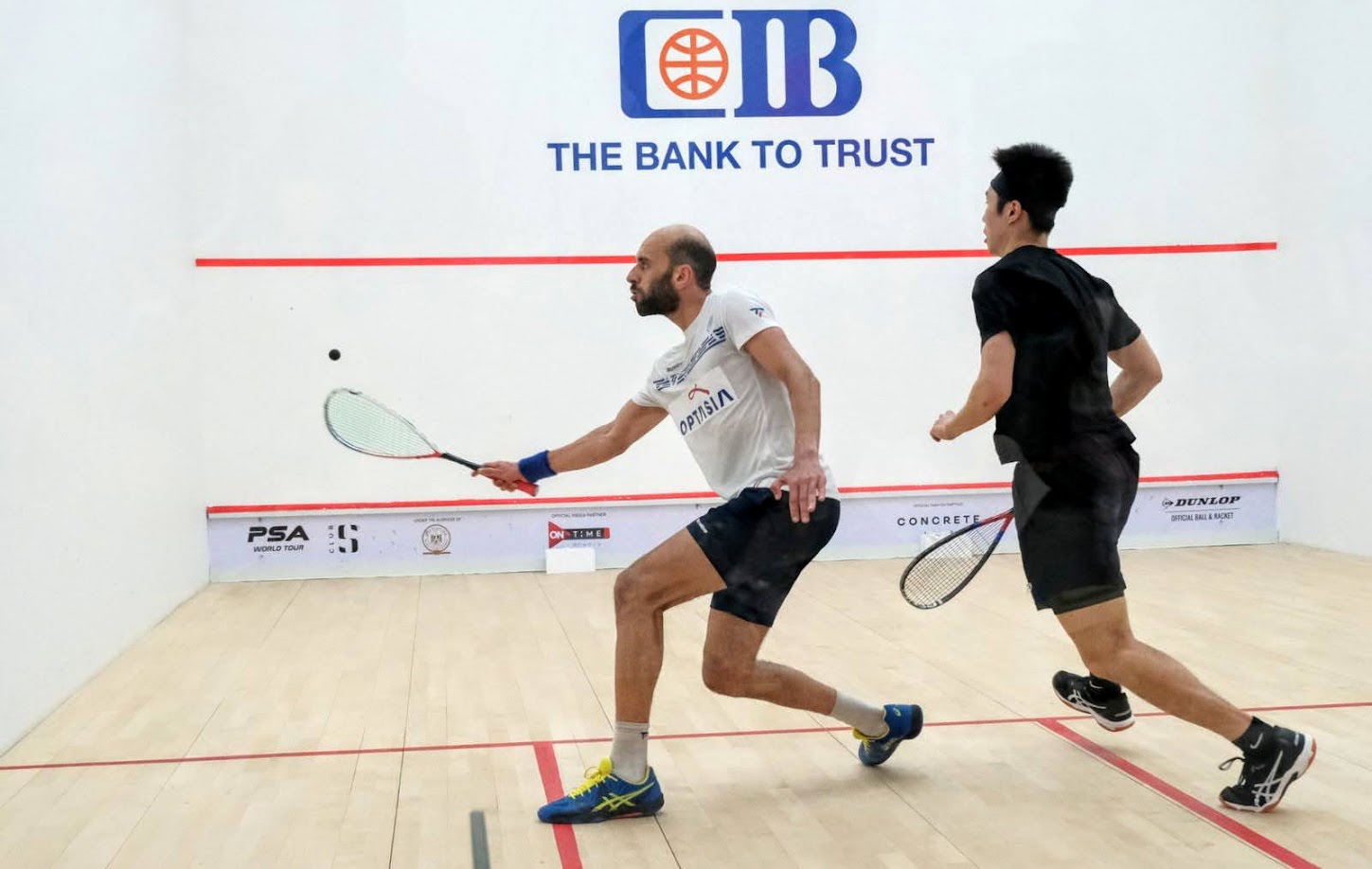 “It was a bit tricky, two days ago Iker didn’t play, so I wanted to be as sharp as possible today. When I played in Wimbledon earlier this year and James Willstrop pulled out, I felt a bit flat when I started, so I was hoping today I wouldn’t be as flat. Henry had his first match and got into the tournament before me, I wouldn’t say it was my best performance but I’m happy to get through.

“Nicci has been playing very well and playing with a lot of confidence lately. He had a lot of good results in March in England – Wimbledon, Canary Wharf and the British Open, so he’s been getting into the later stages of events. I’m just happy to be competing against him again and hopefully he doesn’t beat me three times in a row.” 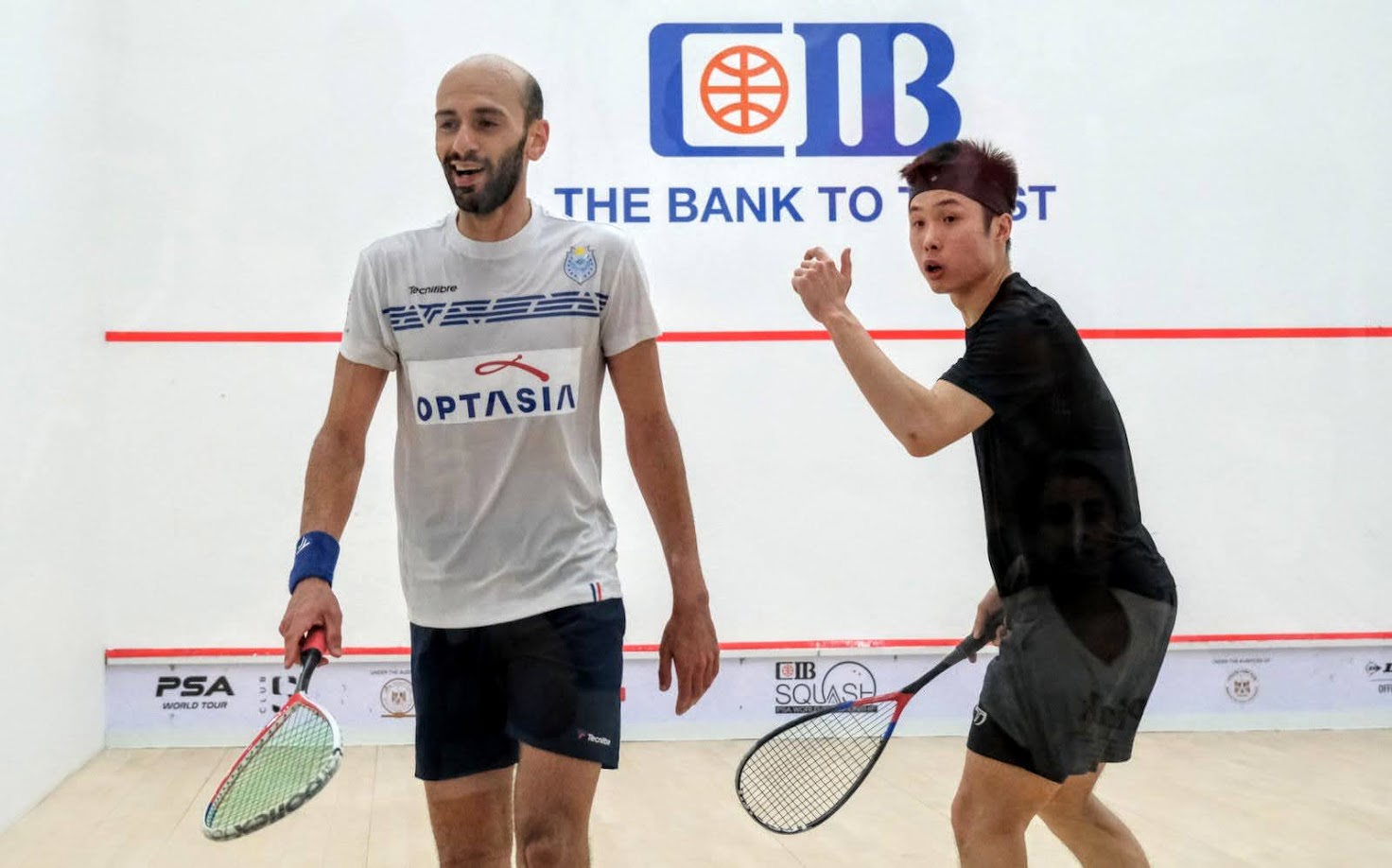