In an all-American showdown, World No.24 Sabrina Sobhy upset World No.10 Olivia Fiechter to book a third round match against England’s Sarah-Jane Perry.

Fiechter led early in the first game, only to be continually frustrated by Sobhy’s remarkable powers of recovery. The quick-footed 25-year-old covered all four corners expertly to take the opening game 12-10.

While the first game was a tight affair, a Sobhy blitz in the second left Fiechter with a huge amount to do, as Sobhy opened up a two-game lead with an 11-5 win.

Fiechter pushed hard in the third, but was unable to find a way through, and Sobhy ended the match with an 11-9 win.

“I’m still processing a bit. I’m very pleased with how I played and stuck to my game plan the entire match, it was very close and tight. I’ve grown up playing her and I know how dangerous she can be and she has that admirable grit where she never gives up. I knew that if I eased up at all it could change in a second. I was pleased to stay strong that entire time.

“We’ve played each other since we were 13 a million times, we know each other’s game. It’s a win-win for both people because you can both have those advantages going into a match. It’s an equal playing field.

“SJ is an unbelievable squash player. We’ve played each other a big amount of times since I’ve been a pro and she’s someone that can make me feel kind of clueless out there. She’s the higher seed, so I’m just pleased to have made it through to the third round.” 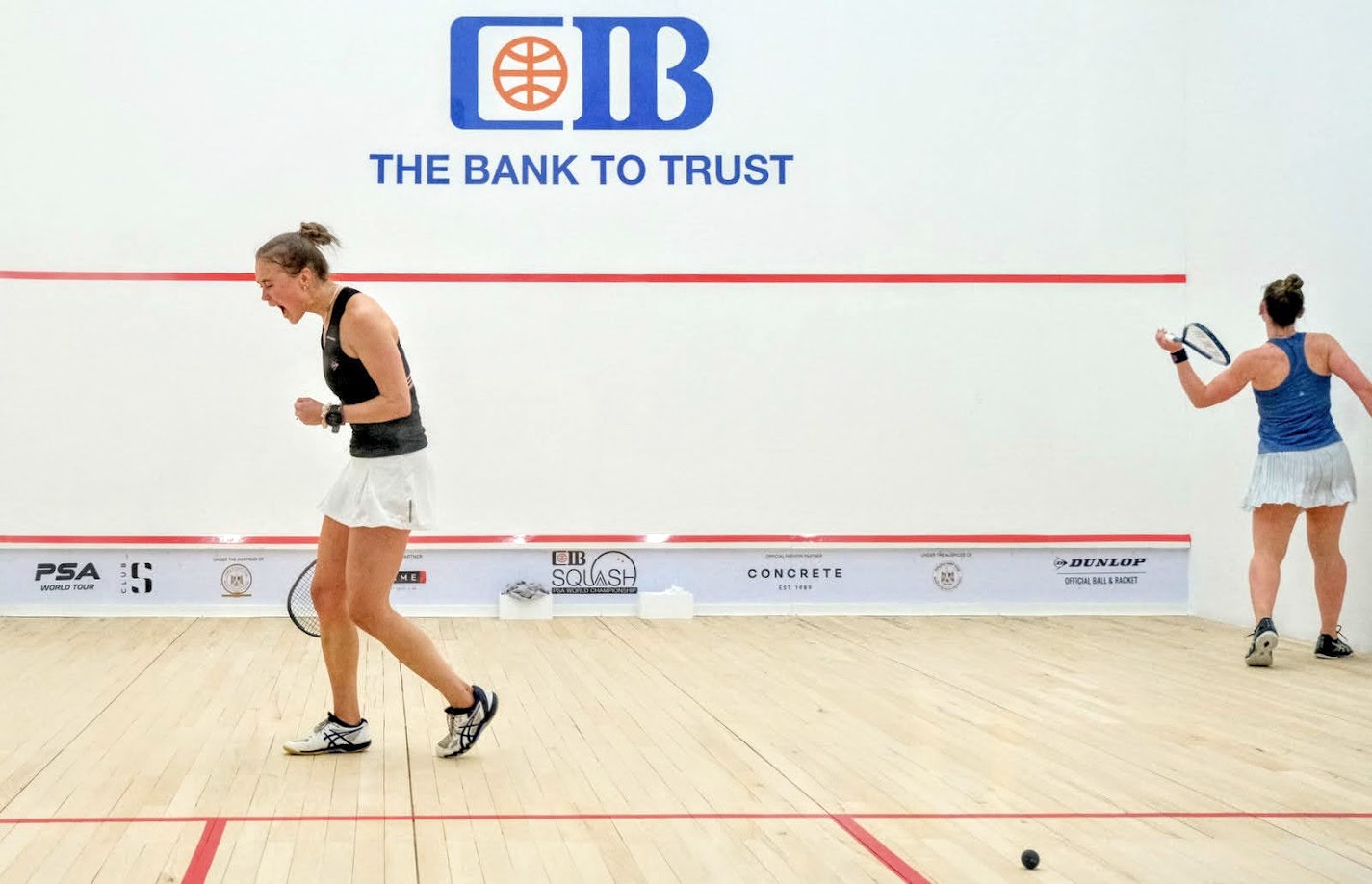 Elsewhere, Belgium’s Tinne Gilis put close friend Hollie Naughton to the sword. Canada’s Naughton battled well, but could not find a way past an in-form Gilis, who will play the winner of the  World No.2 Nour El Sherbini.

“It’s always hard playing a good friend, it’s not fun but at the end of the day when you step on court you try to forget that and focus on other things and on your own squash. We both want to win, so we gave our best. I just tried to focus on my own squash and not focus on our friendship at that point, I’m pretty happy with how I played today. I felt a lot more confident on court than I did in my first round match. I just tried not to give her anything because she’s a dangerous player and has been playing well recently and she was up for it. It was a good opportunity for both of us and she was ready to beat me as well, I’m very happy with how I handled the situation.

“I don’t know why I always end up playing Nour El Sherbini, it’s very annoying! If I play her, I will have zero pressure because she was World No.1 for so long and is an unbelievable player, she is the one that inspires me the most. I’m just trying to enjoy being on court and whenever I’m enjoying my squash I play so much better. It’s been close the last two times, but it’s not going to give me any pressure because I’ve never beaten her before. I’m just going to step on court and be confident, I’m going to give her a hard time on court – I hope.

“I move to the museum court, so I’m even more excited. I’ve been playing in the same locations every time, so to be playing in a different location here in Egypt is amazing and I’m really looking forward to it.” 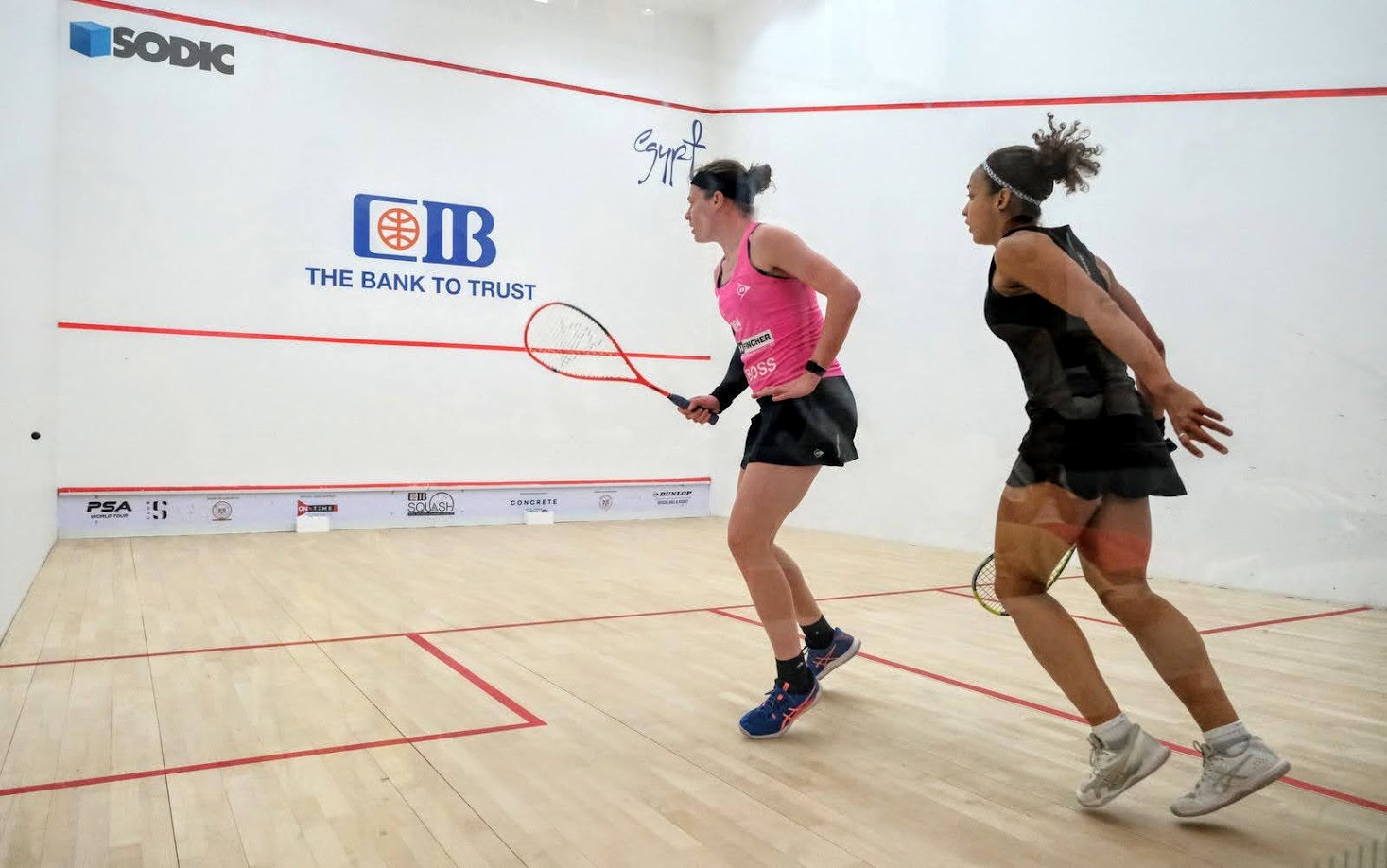 Like Sobhy, Perry took her first game 12-10. The Englishwoman had initially been troubled by French World No.30, but, once she settled, was able to play her natural attacking game to take the match 3-0 in 26 minutes.

SJ
Today, I was just trying to play, and let myself play. There were a couple of decisions in the first, where I started to say something and then I just stopped myself, and went ‘well don’t play the ball in the middle, and there’s not decisions!

And I stopped playing the ball in the middle, or less, and that little bit of impetus allowed me to get in front of her, whereas she was in front of me in the first game. And she is very good when she is in front. She is very dangerous. We had a couple of battles before, and I didn’t want one of those.

And I knew that, even I didn’t win all  the points, I needed to play from the front. No panic from my bad start, got eventually in front, and managed to cause some errors. When you hit some nice shots, some nice lines, it actually creates simple, just simple opportunities. The more simple the opportunities, the better. And then I can do the ‘other bits’.

She gave it a big push in the third game, she was really fighting to get in front of me, and I thought there was some good squash in there. I was please to get over the line.. 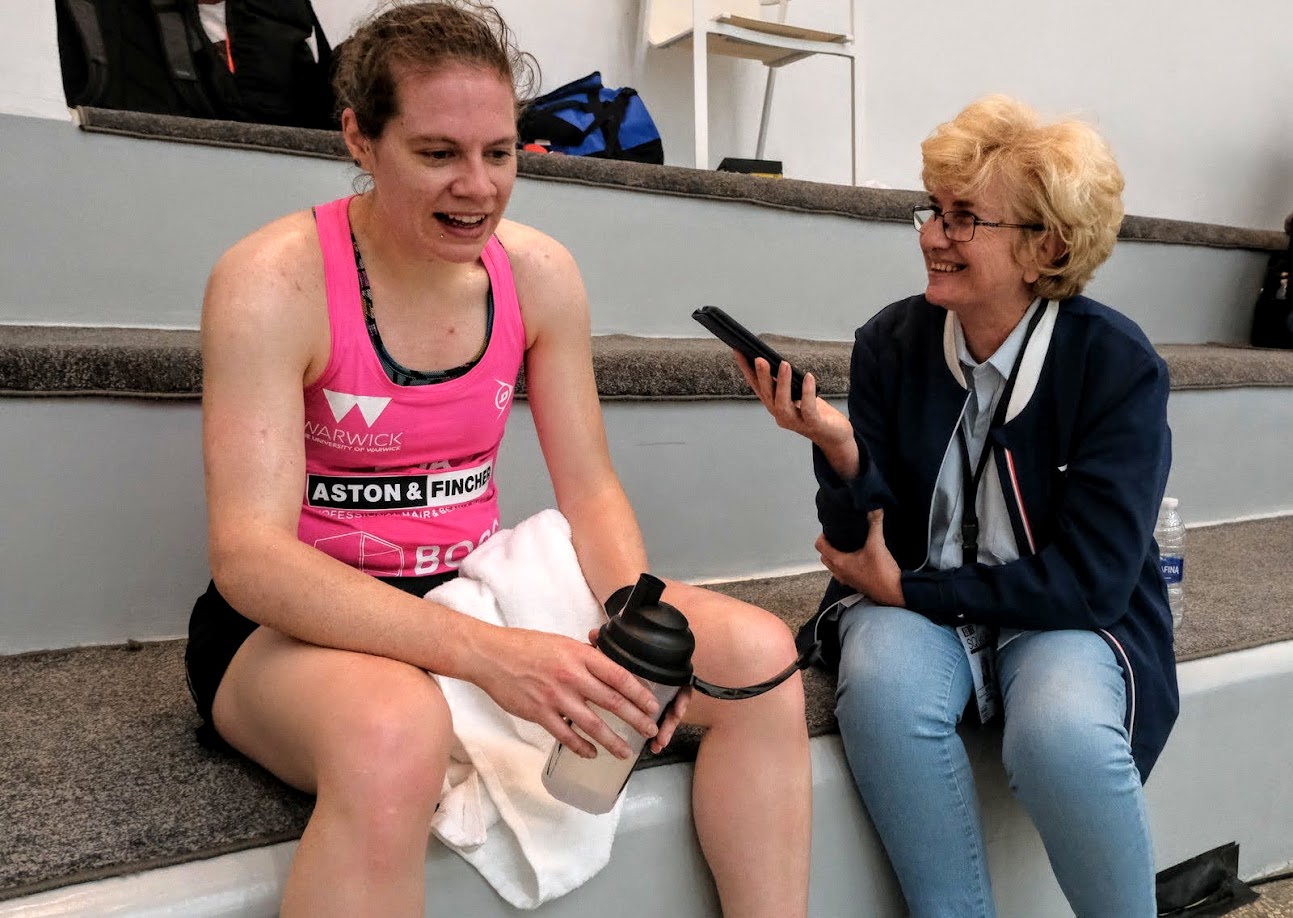