The second day of the World Championships began with a bagel as England’s Georgina Kennedy put in a devastating performance to beat Milou van der Heijden 3-0 in 19 minutes, while Salma Hany also picked up a 3-0 win and Nadine Shahin won 3-1. The World No.9, who has enjoyed a remarkable rise up the rankings over the season, swatted the World No.50 aside for a total loss of just six points.

The 25-year-old started at an electric pace, taking the opening game 11-2, before a ruthless performance in game two – in which she displayed a perfect balance of pace, power and accuracy – earned an 11-0 win.

Kennedy continued to punish the Dutchwoman in the third and she closed out the win with a comfortable 11-4. 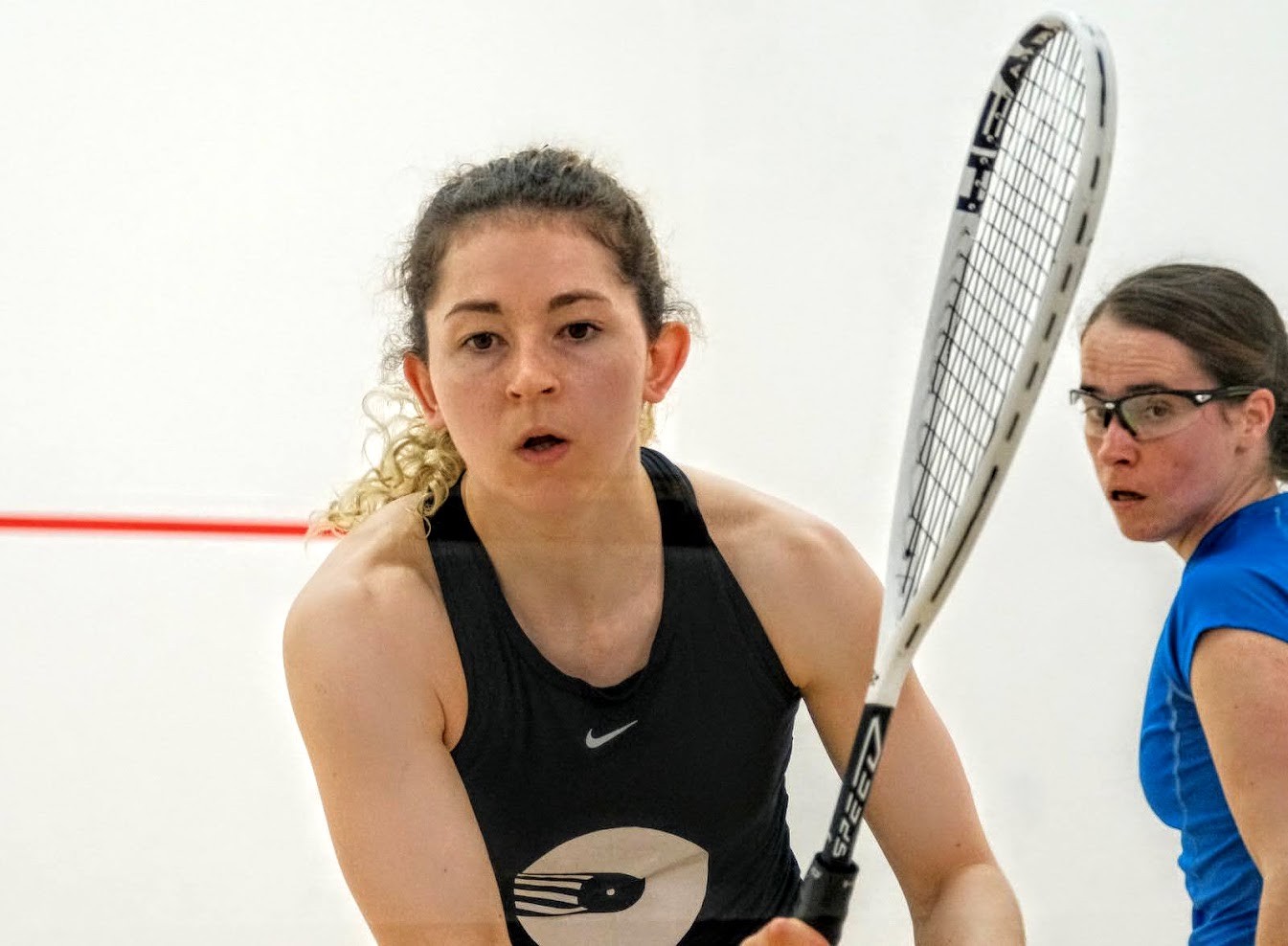 “I’m really happy with that, this is my first Worlds. I was really nervous because I know how dangerous Milou can be. I decided not to play ToC, to give myself a chance to get a good block of training in because of how busy the season has been and it really paid off. I was feeling pretty sharp on there and looking forward to the next rounds.

“It’s really cool, the venue is amazing and the hotel is wicked. It’s nice to be around so many of the players, sometimes at Platinums when you get a bye, you’re around the same players. It’s really cool and everyone is really dangerous, everyone who is here deserves to be here and you have to play your best squash to win every round.

“Unfortunately, I was a bit injured after World Doubles, which is another reason I was glad I didn’t play ToC. I’ve had a few weeks off, it [my shoulder] felt a bit dodgy for a few weeks but this is the first time that it has felt back to normal and I’m fully fit.” 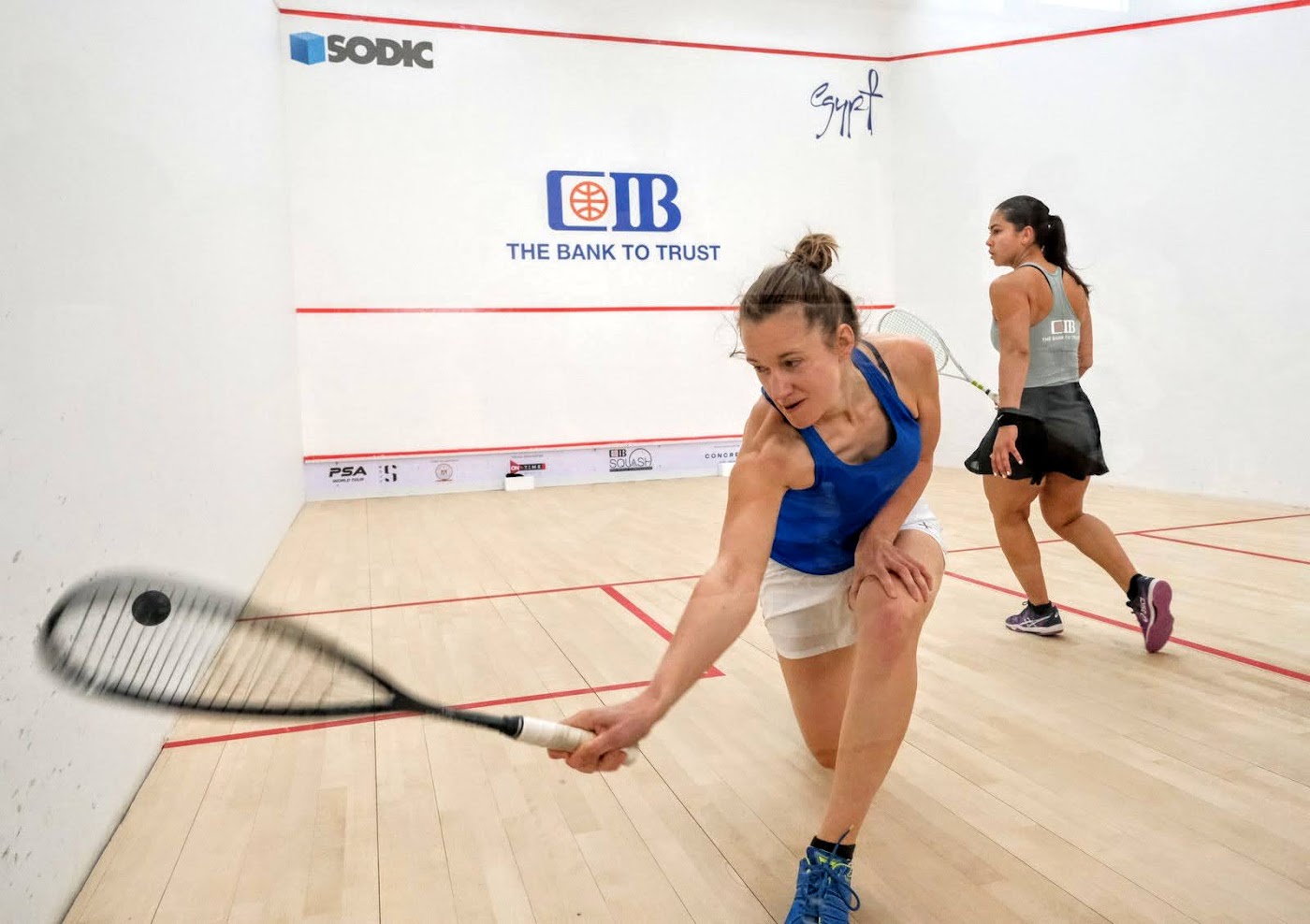 A very good performance from the world number 48 today against WR7. Ineta impressed me today with not only her reach/volleying but also her crispy boasting that suprised Salma more than once.

If the first game was a bit onesided, the second was neck to neck, not a point between them from 6/6 to 9/9. If Ineta didn’t get a game ball, Salma still needed 3 game balls to close the crucial second, 13/11 in 9m – rallies short… 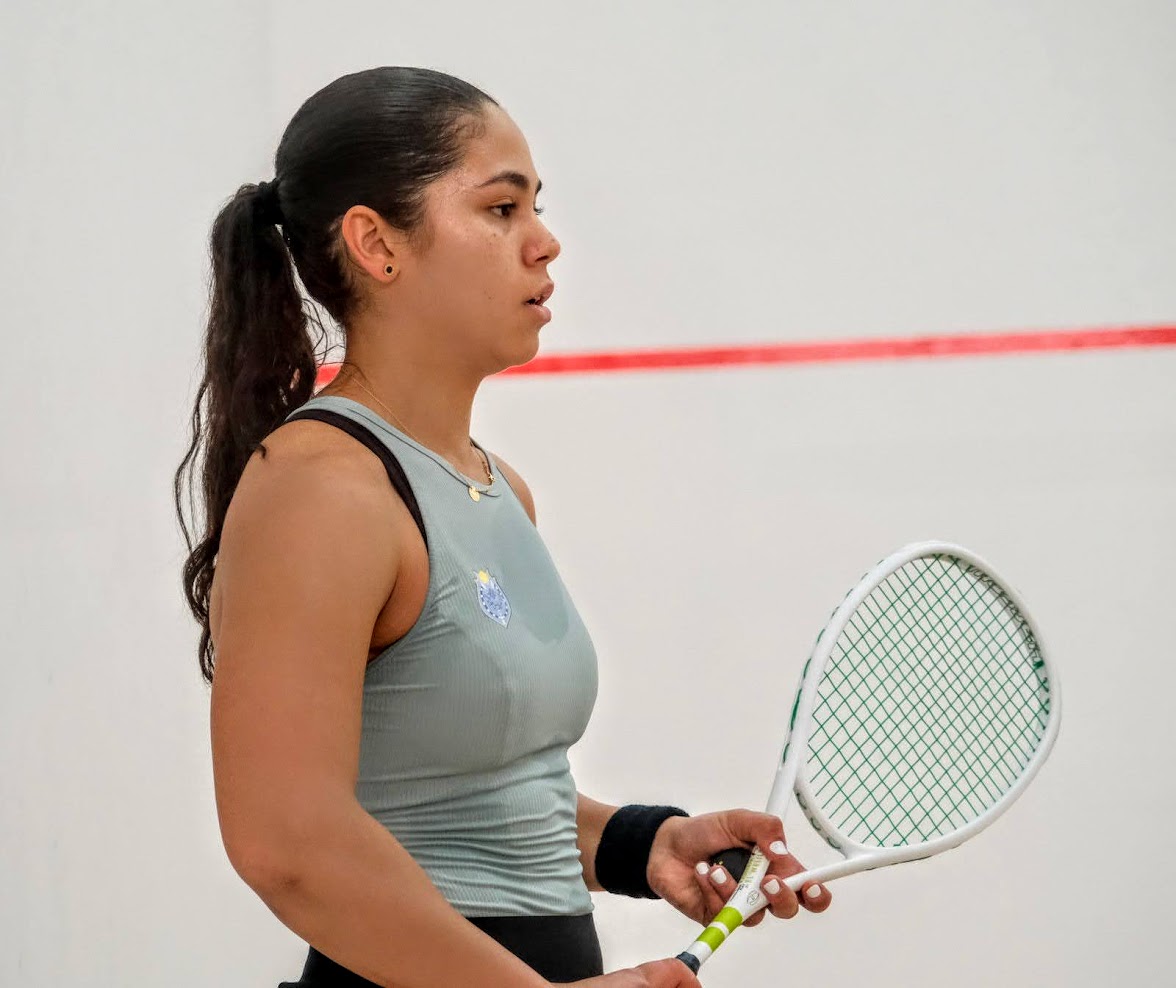 I’m so happy with my new team, Mohamed Abbas, Abdelrahman Sergany, my main coaches, and Diana my trainer. I’ve also been working with Danny Massaro for the past three years as my sport psychiatrist. I am very blessed, I feel I’m doing the right work at the moment, the chemistry amongst the team is incredible. And that really makes a difference.

Obviously happy with my win today, Ineta is very tricky, she has improved a lot, I played her two years ago in the world champs as well. A very positive win to kick off the tournament for me, looking forward to the next round, playing either Aifa or Nour ET. Taking it day by day, enjoying my game, I’m relax, I’m just happy. 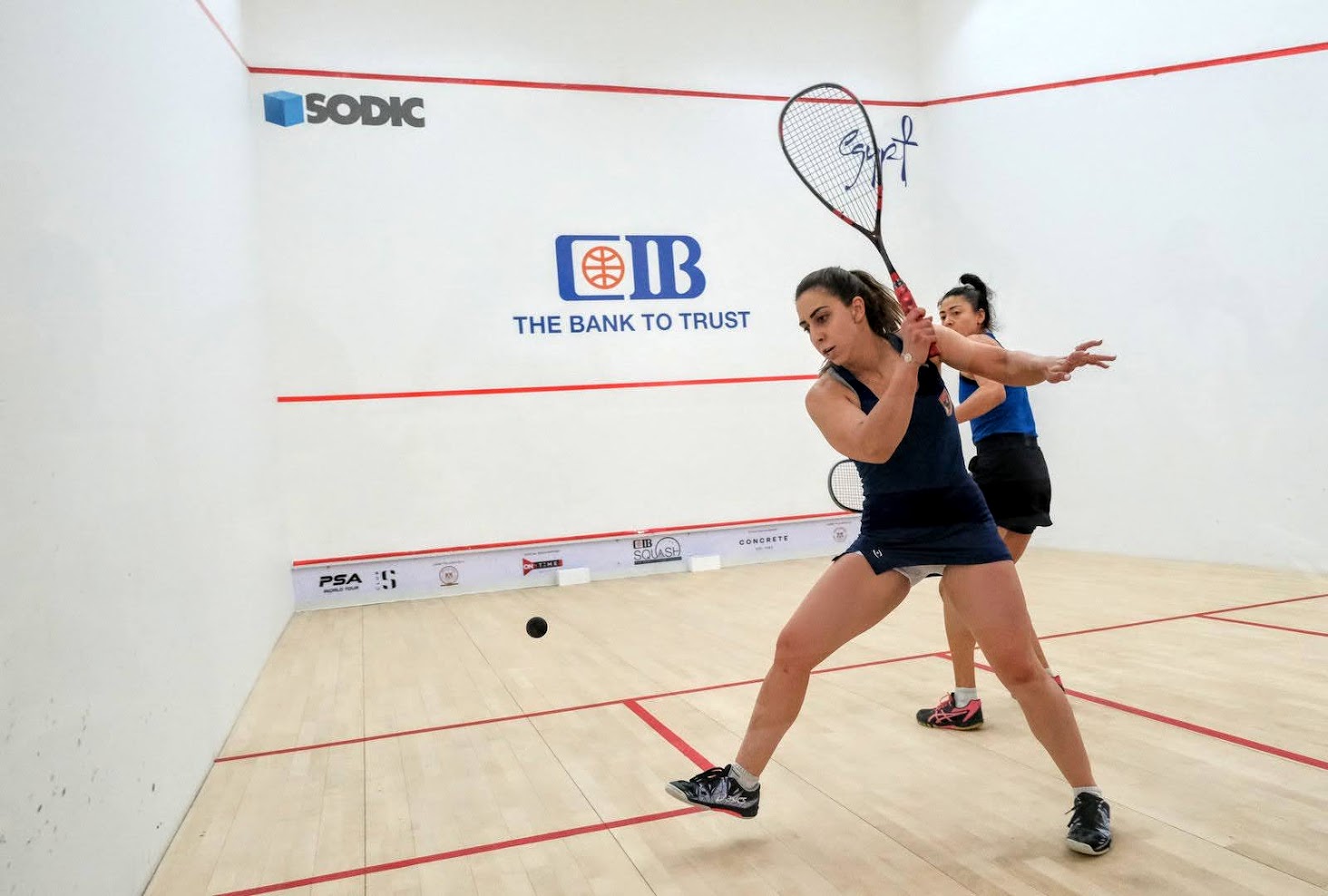