Fram Reports
I just want to thank Diego and Patrick for the match. Because they reconciled me with Men’s squash.

It was an hour long stunningly fair and feisty match, both playing fast pace, cutting off the other one high shots, mixing the pace, the height, mistreating those poor front and back corners with relentless attacks. Patrick was trying to keep the rallies going – and that worked, taking the edge off Diego – while Diego was finding winning shots or trying to!

The fourth is crucial. Diego is having the momentum – Patrick relaxing a bit, starting by serving out the first point, fatigue creeping in at the start of the game – 5/2, 7/4, but Patrick gets his second wind, and they are close again, 7/8. A rally that puts to shame every other rally played today in the event, ended with a lucky bounce on the left wall that Pat cannot retrieve. It could have been 8/8. It was 9/7. Big difference.

Fifth is Diego alone, Patrick far to many errors, mental gone and legs probably burning like the Egyptian Sun in August. The SCREAM that came from the throat of the Peruvian as he closed the match says how hard the match was.

He is a very talented player, and very fair. We played very fair squash, and at one point, he was controlling the game, with his lobs and drops, and the great hands that he has.

So I had to dig deep, in the 4th, 9/7, 9/8, we had that huge rally, and wining that one gave me a bit more confidence, and also the start of the 5th was very important. 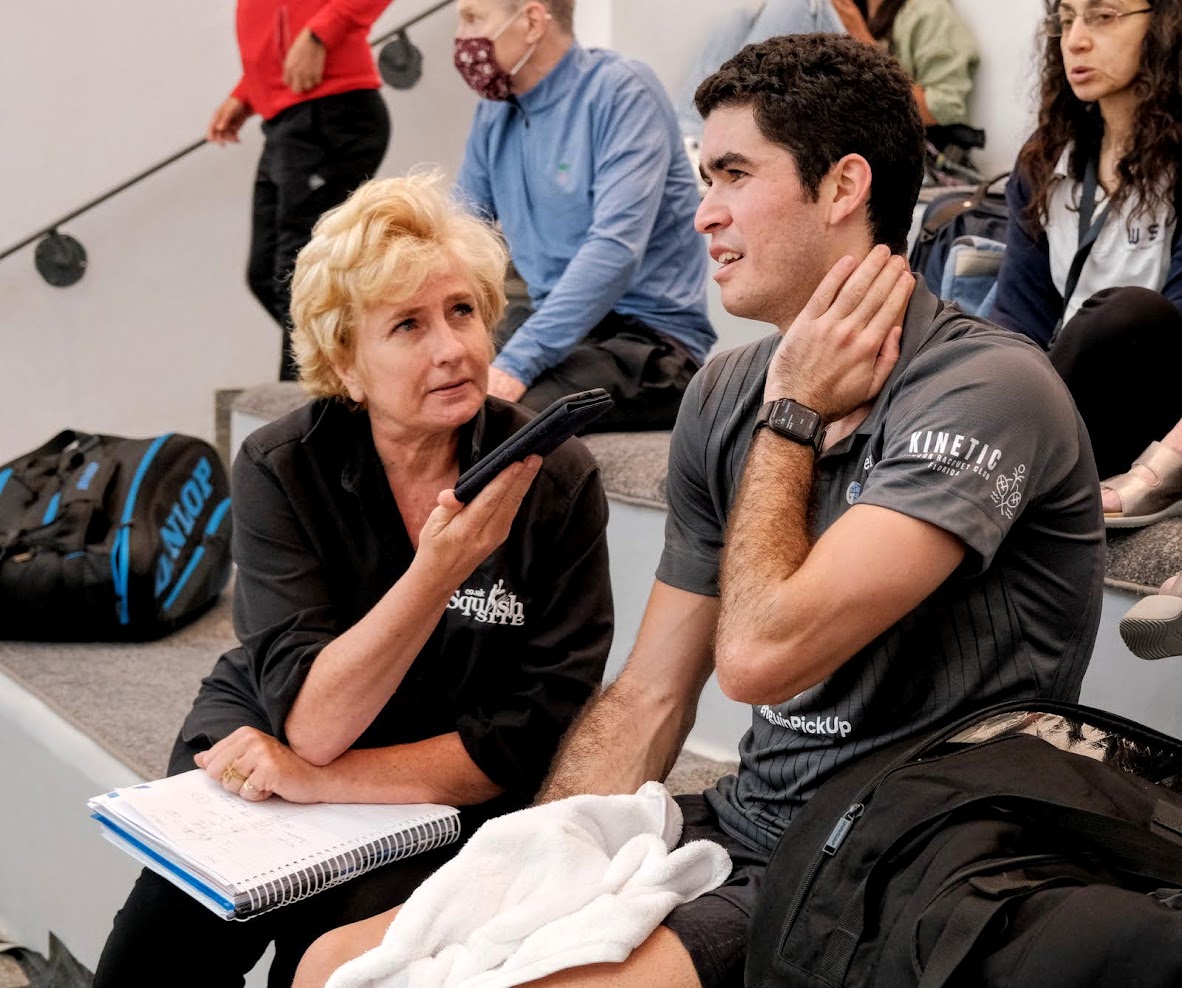 I also think I should have pushed a bit harder in the second game, 7/7, 1 game up, and I let it go straight to 11/7, one game all. That gave HIM a lot of confidence. I then had to fight really hard.

My team is quite large now, as always, I work with my dad, and Jonathan Power, of course, but I moved to Florida now, and I work too with Wael El Hindi who has a club over there. Jonathan and Wael are such great players, they help me so much. The squash is there, but they help me with little details, and also, having a team around me, I always play better when I have a bit of support.

Today, for example, at 1/2 down, maybe I would have let it go and gone home. I always travel with a couple of people, never on my own. And having them here, Wael, Jim my physio, makes a big difference. I could see in the 5th, I was looking at them, and it made me fire a little bit more. 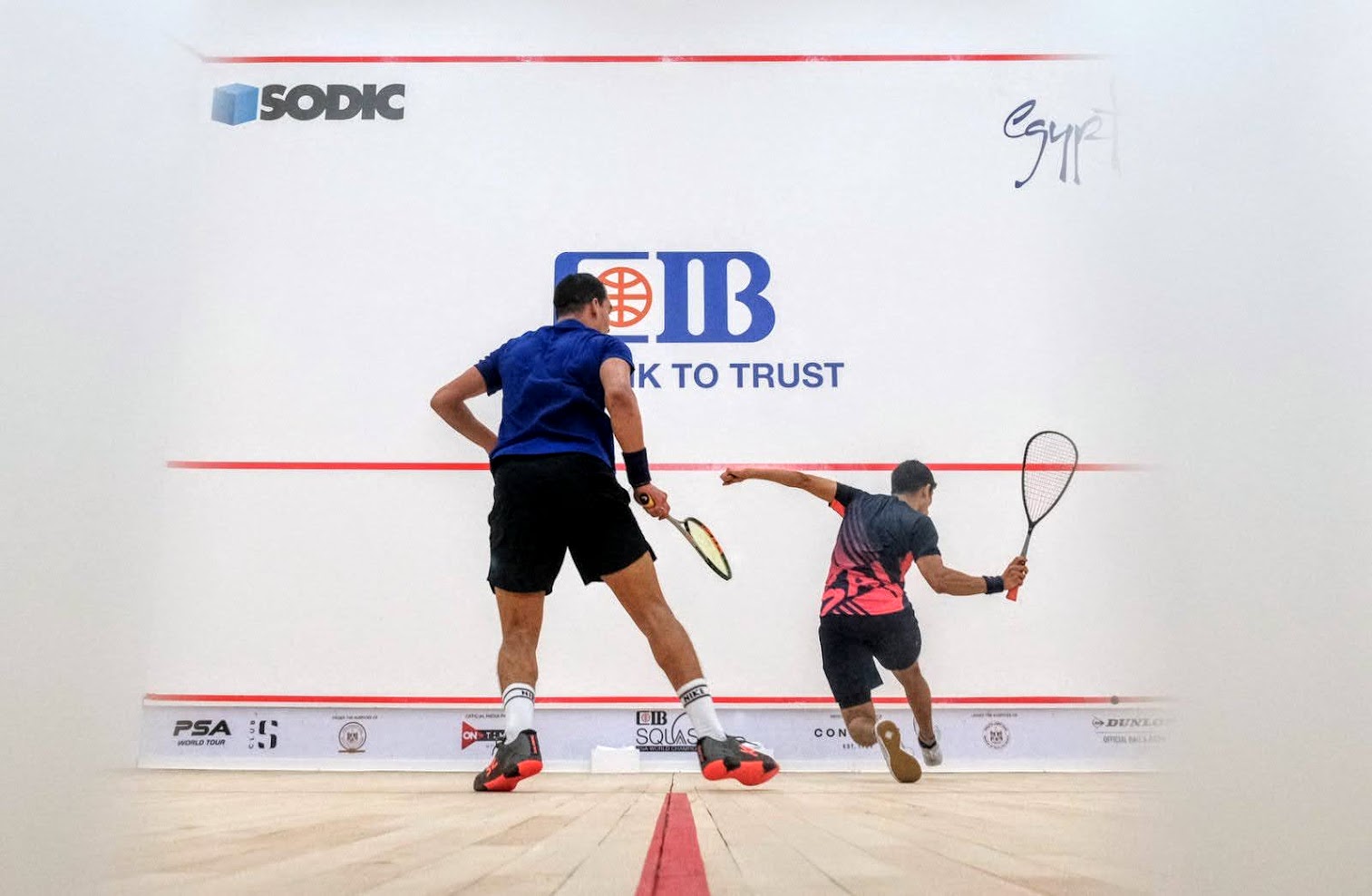 Ghosal, who recently came back from injury, put in a measured performance against Salem, taking the first two games 11-4 and 11-9 before being pegged back 11-6. The Indian capably responded, though, finishing the match with an 11-7 win in the fourth.

“Playing Zahed, he’s a really good squash player and has been top 20. He’s been off the Tour a little bit because I think he’s been in the army so hasn’t been able to travel, in some ways it was a bit of a unknown quantity and I’m sure he was excited to play because he’s not played a tournament in a while, so that keeps your mind fresh.

“I was just trying to focus, be solid and get my World Championships off to a steady start, get the win and I’m happy to win that match and get through relatively unscathed.

“I got injured a little bit in Chicago and then that got worse at the Optasia Championships in London in early March. It took a while to get ok, I had a tear in my abductor and had to do a lot of work. In a lot of ways I had to be very patient because you expect yourself, as soon as it’s healed, to go back to the level you were playing at before the injury. It’s not just the injury healing, it’s about finding the explosiveness again, finding the rhythm again and having clarity in terms of what you want to do, how you want to do it and if you have that clarity, how you want to execute it as well.

“It’s been a slow process but last week in New York I had a good run and every day it’s been getting better and my leg getting better, feeling more confident with it both physically and mentally. In that sense I’m in a good place, but this is a new tournament.

“Of course I carry the confidence in from what I did in New York last week, but you have to reset and focus and be as solid, get through as straightforward as you can to save yourself. I’m trying to stay grounded, I know what I want to do and hopefully I will stay grounded and play how I want to play this week.” PSA said
Soliman recorded a comfortable-looking 3-0 win, former World No.5 Borja made the 25-year-old work for every point, with Soliman edging the first 11-9, then taking the second 11-6 and the third 11-8.

“I’m definitely happy, you’re playing the World Champs so you want to perform at your best.

“Playing Borja as well, we have had a lot of tough matches in the past, even though he might be the older player on Tour, he still has lots of experience. He was really clever with his tactics today, he tried not to make it too physical and I’m definitely pleased to be through in three and looking forward to the next one.

“It feels nice to not have to drive here to the venue and it feels different. I’m happy and hopefully it won’t add any pressure [having a home World Championships] and I can just enjoy it.”