Wales’ Joel Makin believes the confidence that he took from winning the Manchester Open can give him the platform to launch a concerted bid for PSA World Championship glory in Cairo later this week. 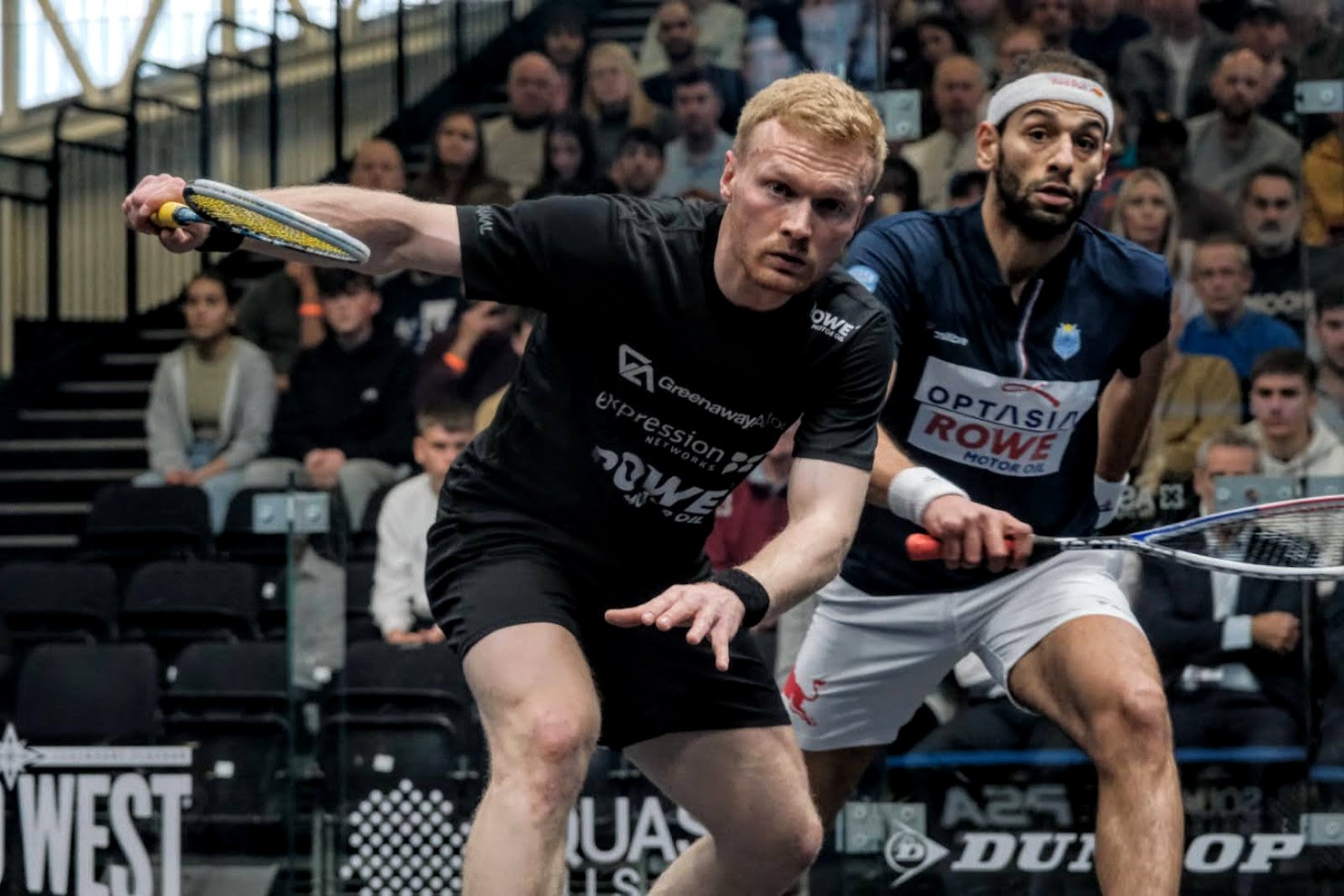 The Golden Tiger claimed his fourth PSA World Tour title last month by beating top seed and World No.3 Mohamed ElShorbagy in a gripping 70-minute final that has highlighted the Welshman as one of the strongest outside bets to upset the odds in Egypt.

Makin admits that World No.1 and double British Open champion Paul Coll is very much the man to beat in the Land of the Pharaohs, where the Kiwi has already claimed victory at last year’s Black Ball Open. But having skipped the Tournament of Champions in New York last week to hone his preparations, the Welshman heads for the Egyptian capital in bullish mood.

Makin, who will open up against Argentina’s Leandra Romiglio in the first round, is seeded No.9 but will be looking to make the quarter finals at least and he said: “I know Manchester was a $70k tournament and the Worlds is different again, but I’ve been saying for a while I can win one of these tournaments and I’ve kept my head down and kept working away and put a good week together. That has given me a very good platform for the Worlds. 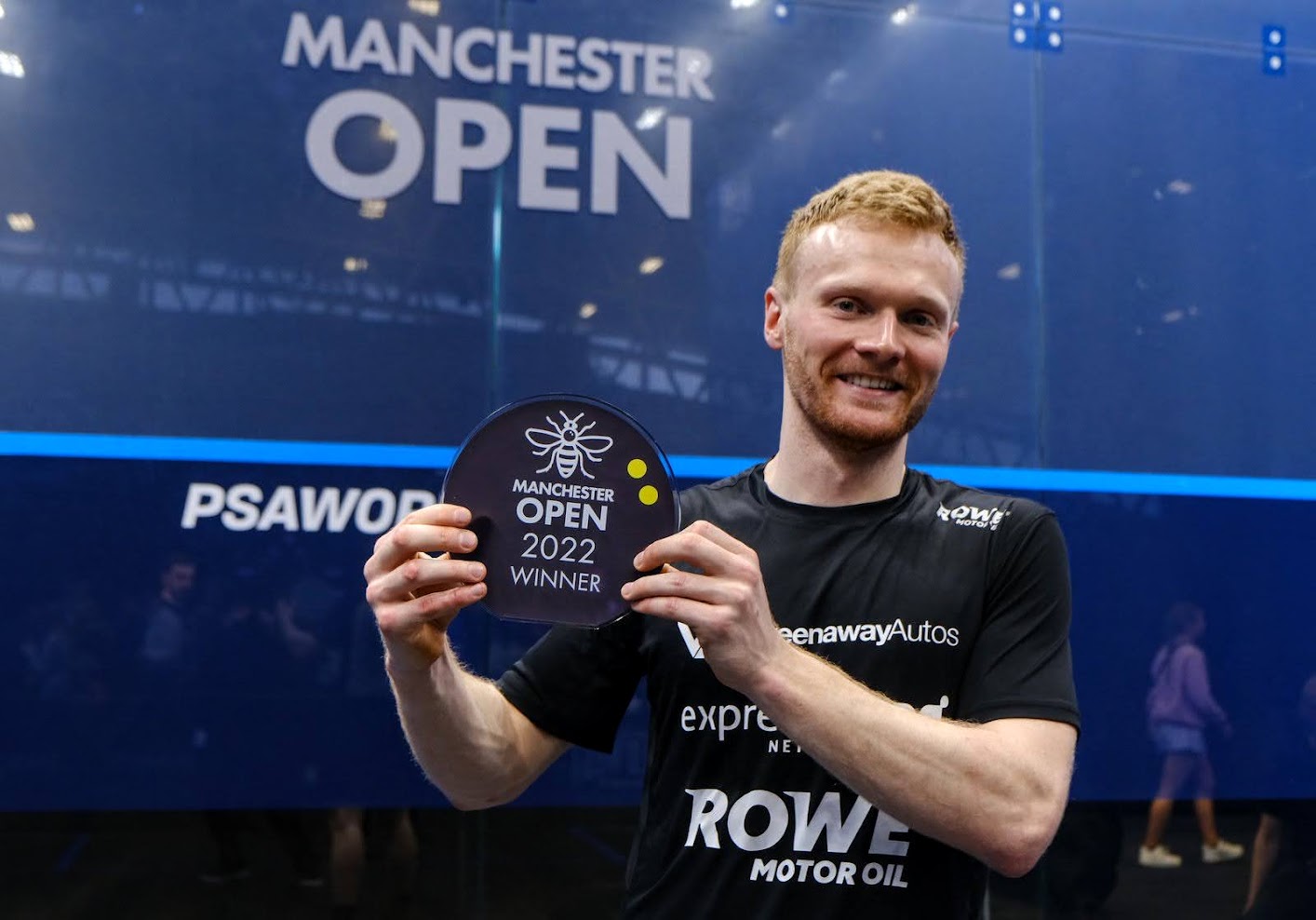 “Getting a win in a final against someone like Mohamed [ElShorbagy] was very positive for me and as good a preparation as you can get. It has given me a lot of belief I can put it together in Cairo when it matters.

“A lot of people put emphasis on the Worlds being in Egypt but a few players have put together good performances over there and it is not something I put a lot of emphasis on as if you want to be the world’s best you have to put it together anywhere.

“But I have tried to put myself in the best place I can be and take it from there no matter where I am playing.

“Paul [Coll] got his first win in Egypt at the end of last year and people said it would be particularly hard for him to do so, that was impressive from him but I’ve generally played well over there and had some good wins so I am happy to be playing a Worlds in Cairo.”

Explaining his decision to sit out the Tournament of Champions in New York last week Makin admits all his plans have centred around peaking in Cairo: 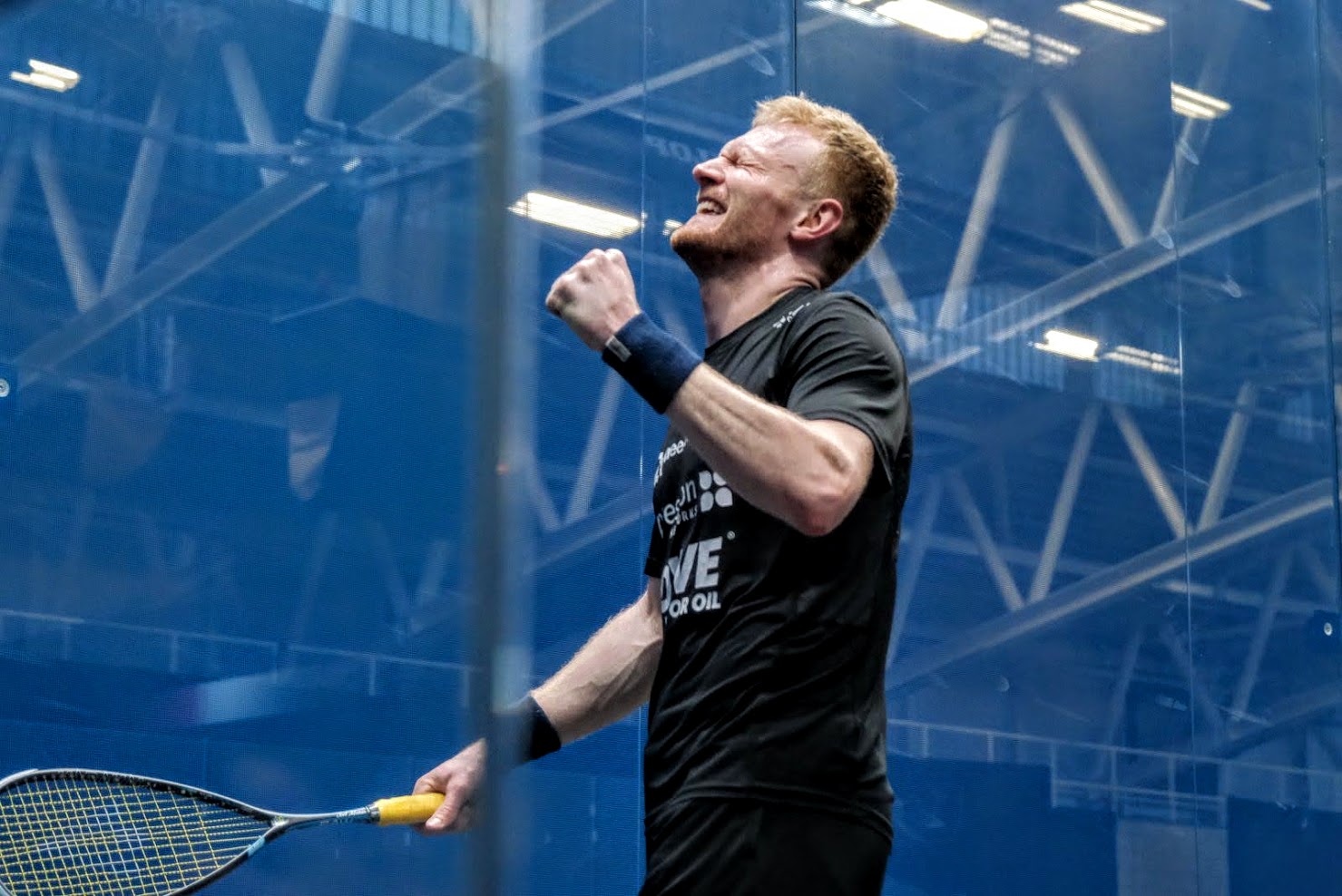 “The Worlds has to be everyone’s priority. We had European Teams then it’s fly to ToC the next day and play thereafter then fly to the Worlds with time zone changes back across to Egypt and it just didn’t suit me.”

“I just didn’t think that was good preparation for the World Championships. All the guys I am in the group with right now are looking to win one of these and if you want to do that your preparation has to be perfect.

“A lot of people have shown this year that they are capable of winning one of these big tournaments and I’m in that bracket as well having won at Manchester and beaten a few of these guys frequently.

“I put together a good week at Manchester and I’m capable and there will be a few of the other guys thinking the same.”

Despite Ali Farag’s triumph in the Big Apple at the weekend and the fact he will be defending his World title in his hometown, Makin has no doubt that World No.1 Coll is firmly in the box seat when it comes to tagging the World Championship favourite.

“What Paul has done this season has been very impressive and he has established himself as the most consistent player out there and barring one match he has been at least in the semis for a year or more, now, and almost always finals these days.

“The dynamic shift between Paul and Ali has also been very interesting with Paul starting to get on top. Paul’s tactics may have been simple but he has been able to break Ali down.

“There are certain things I do which are the same but people don’t appreciate just how much skill is required when you are under that much pressure in the front corners and you need to use height when you are out of position and your heart rate is at 190.

“You are using height subtly and not just banging the ball cross court and chasing hard with your head down. So there is a lot of skill in there from Paul to be fair to him and he has nullified Ali’s attacks and asked him a few questions. Ali has to go back and revisit a few things and that is an interesting dynamic.

“Paul will be in amongst it and even although there will be other guys in the hunt, Paul is at the forefront when it comes to the Worlds based on what has happened over the last year, no doubt about it.”

Reflecting on his career best victory over former World Champion Mohamed ElShorbagy in Manchester, the Golden Tiger admits it has sent him to Cairo with his tail up: 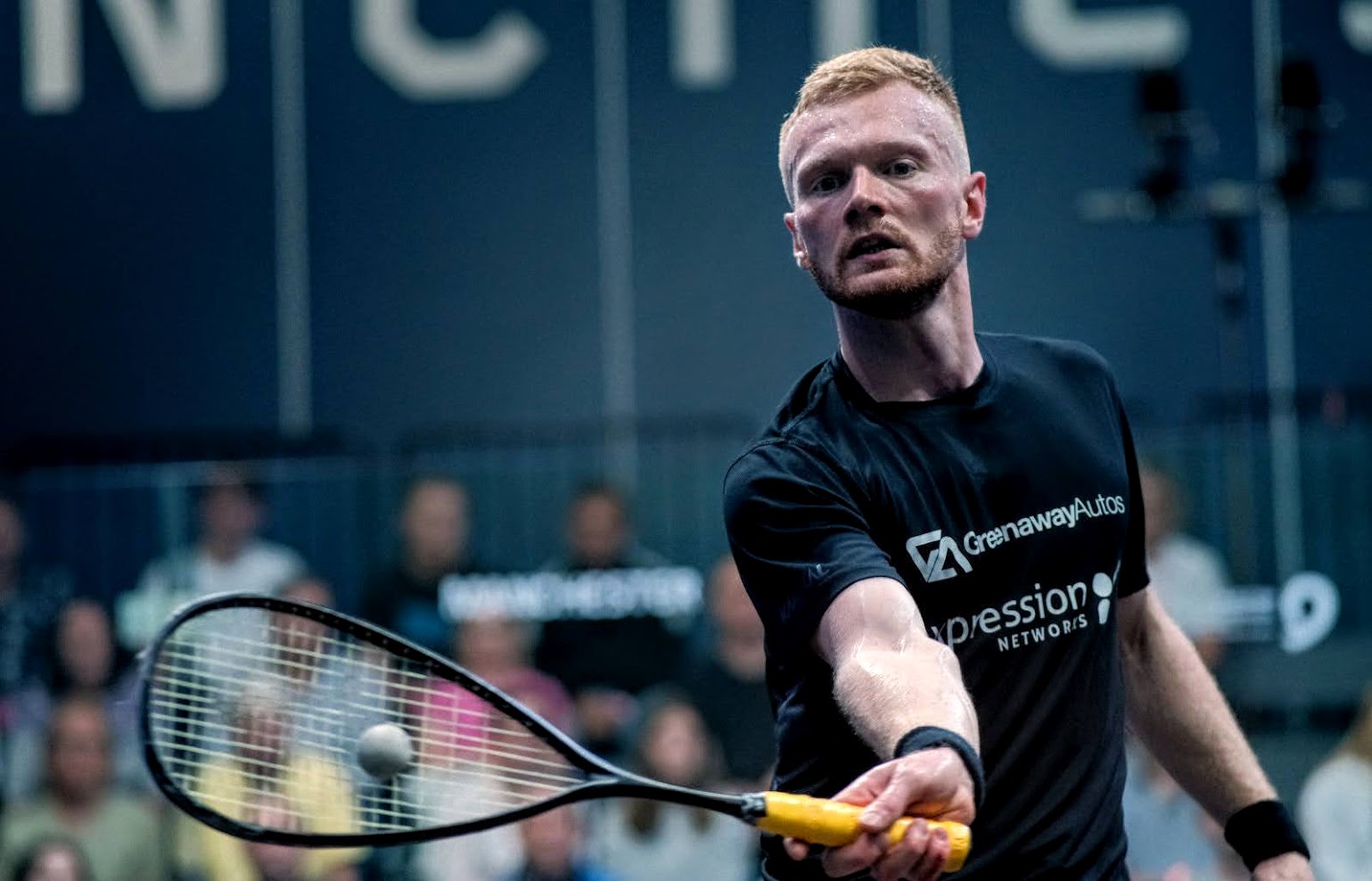 “I just wanted to keep putting myself in the later stages of these events and it was interesting with Mohamed as he is probably not where he wants to be but he got through some good wins that week.

“He also put a great tactical match together in Washington when he beat me there and that was impressive but that was only a couple of weeks prior to Manchester and I made some good adjustments and switched it around and it proved good enough on the day.

“My mindset was good through the event, I was just in a good place, and I was solid with my movement and my hitting was coming together well and you just have those moments when it all combines well.

“That said I don’t think there was anything drastically different to what I had been doing, it is incremental changes and progression. It is not like you are going to come out with some new wonder tactic like: ‘My grip was this, or I’ve been running these times,’ and stuff like that it is watching matches back, tweaking a couple of things and reviewing stuff with your team and when you put it all together you are in a good place.” 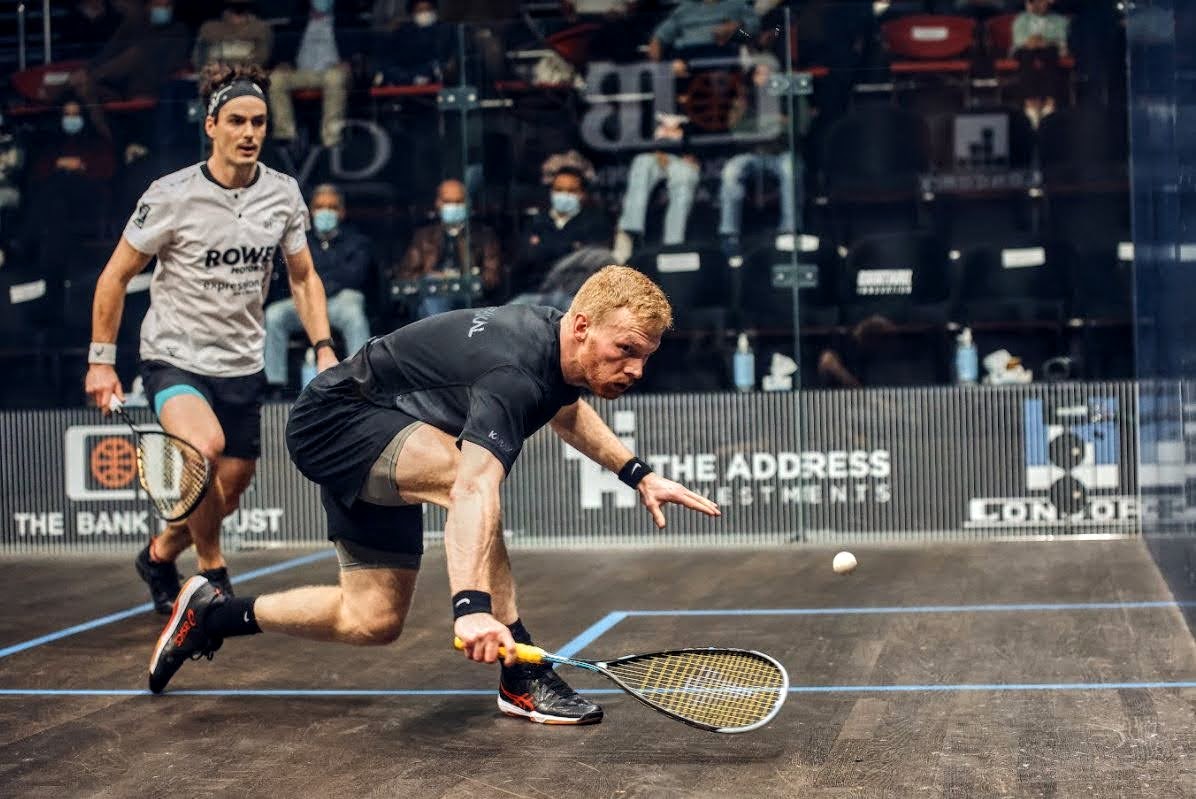