Unorthodox would be a way to describe Faraz I guess. “I never saw a player like that” commented one of the spectators here. Quite agree. 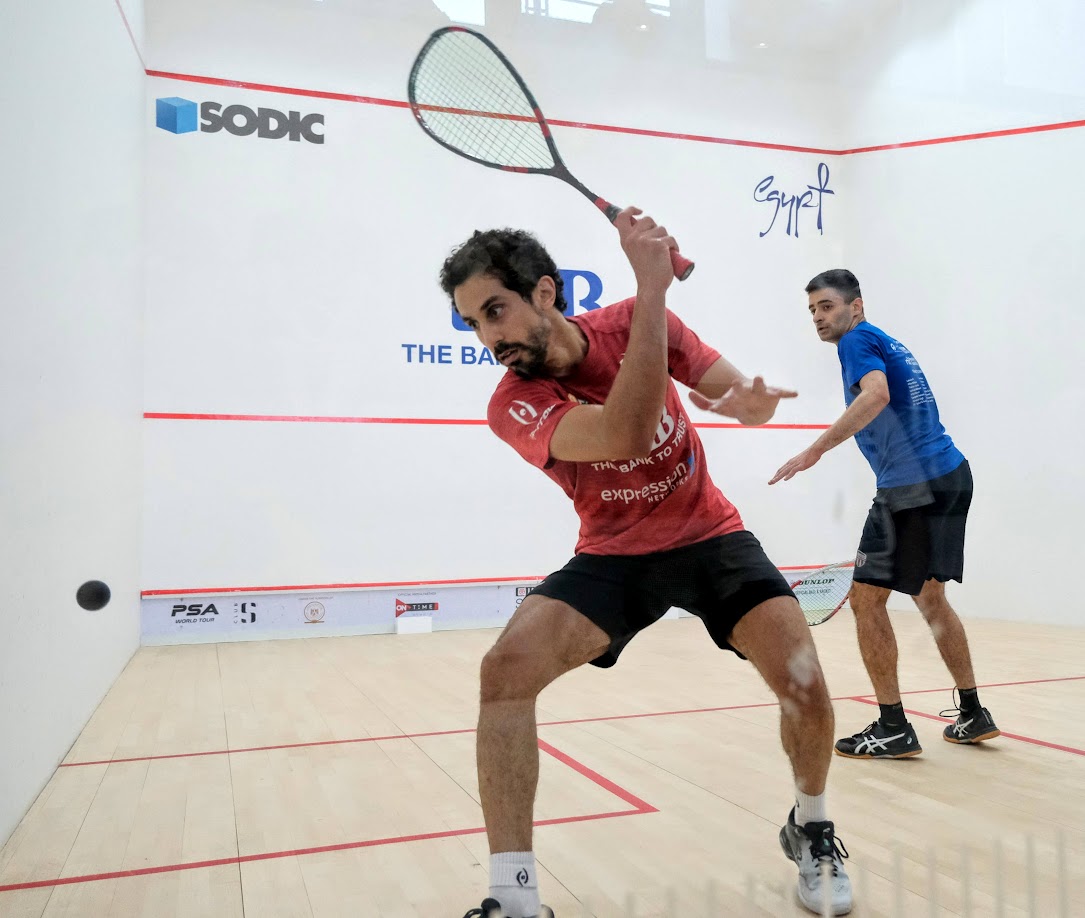 Very intense player, running a lot, he seemed to read Tarek’s game like a book, and that, on a boiling court, was driving the poor Egyptian crazy! The American kept the pace extremely high, taking time away from the Egyptian, and forcing him to improvise probably more than he would have liked!

No, he didn’t read my game. I just couldn’t play my game because the court was so hot and bouncy!

And it’s not  the way to play squash.

I need to have my variety, I was really not happy with the court conditions. I was finding it difficult to judge anything. And looking at this match I think I did very well to win my previous match.

I knew exactly where he was standing, where he was standing for my shots, and I was like I know what I should be playing but I can’t, because it just doesn’t go in the right spot. But to be honest, give the credit where it’s due, he played extremely well, and that needs to be said. 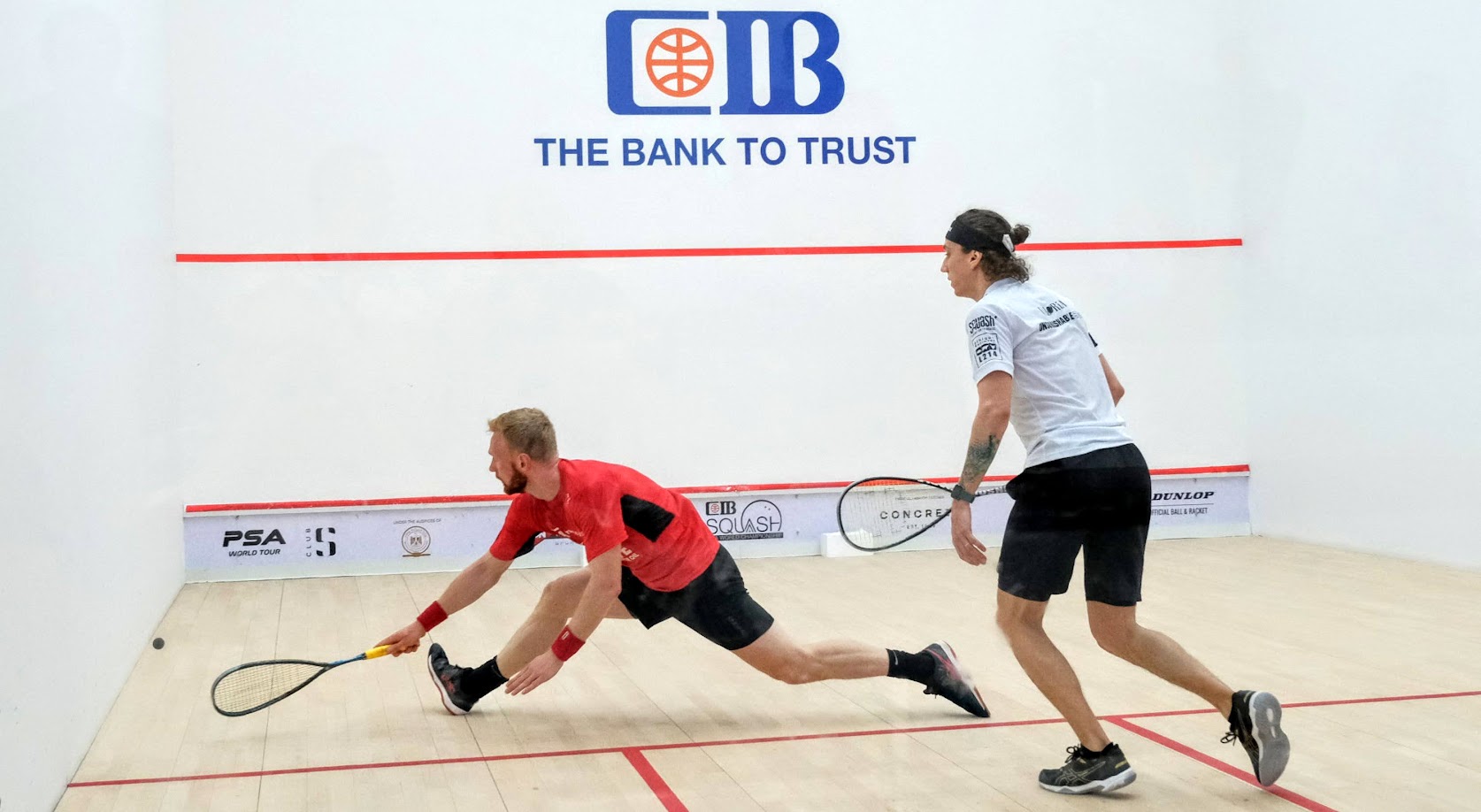 “It was a really hot bouncy court today, a lot hotter than it has been. Lucas is an incredibly fluid mover and light, he absorbs a lot of pressure, I wanted to cancel him out and I felt like I did that. I know I can take a lot of pressure and I wanted to move as well as him and work him with a bit better quality and I feel like I ended up having a match where there were long drawn out exchanges, so the scoreline didn’t look that close but there were long, drawn out rallies where I ended up winning them because we cancelled each other out.

On facing Tarek Momen next: 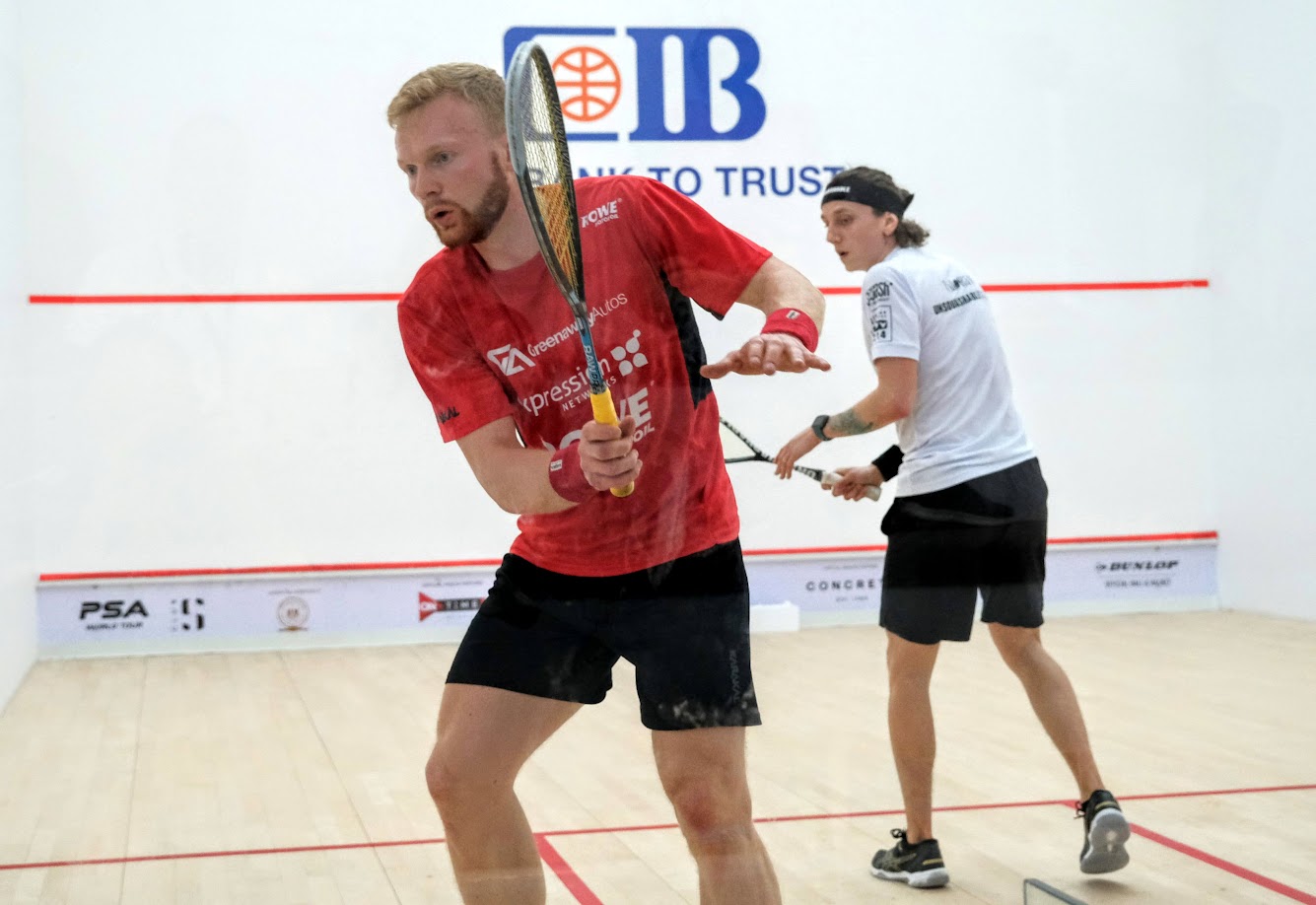 “You’ve got to accept that it’s not going to be a lot of fun for the first 30-45 minutes, take your punishment and accept he’s going to hit some unbelievable stuff.

“As a match, as I’ve done against him and quite a few top players before, I can get into him physically and start to ask him a few questions, work him hard and wait for those errors to come because he’s always get them in him. My quality needs to be good enough as well, it’s not just a physical thing, but that is where the weaknesses are.

“The early stages, he is very high quality and has been No.3 in the world for so many years for a reason, so you’ve got to accept that quality is going to be high but as the match goes on, I’m going to try and get those errors out of him and break him down.”