A superb display of skills from the young Egyptian in the first game, taking the game to the American who claims her Egyptian citizenship to get the support of the crowd tomorrow bless her. Amanda had a game ball, 10/9, but it’s the Minie Champ that clinches the opener 12/10. A 16m first game, unusually long for Mandy!

But the sublime close to the tin boast that gave the advantage to the young Egyptian, started to  end in the tin, taking the sting out of her game. Amanda won the next three games in 7, 8 and 6m, in Sobhy’s clinical trademark. 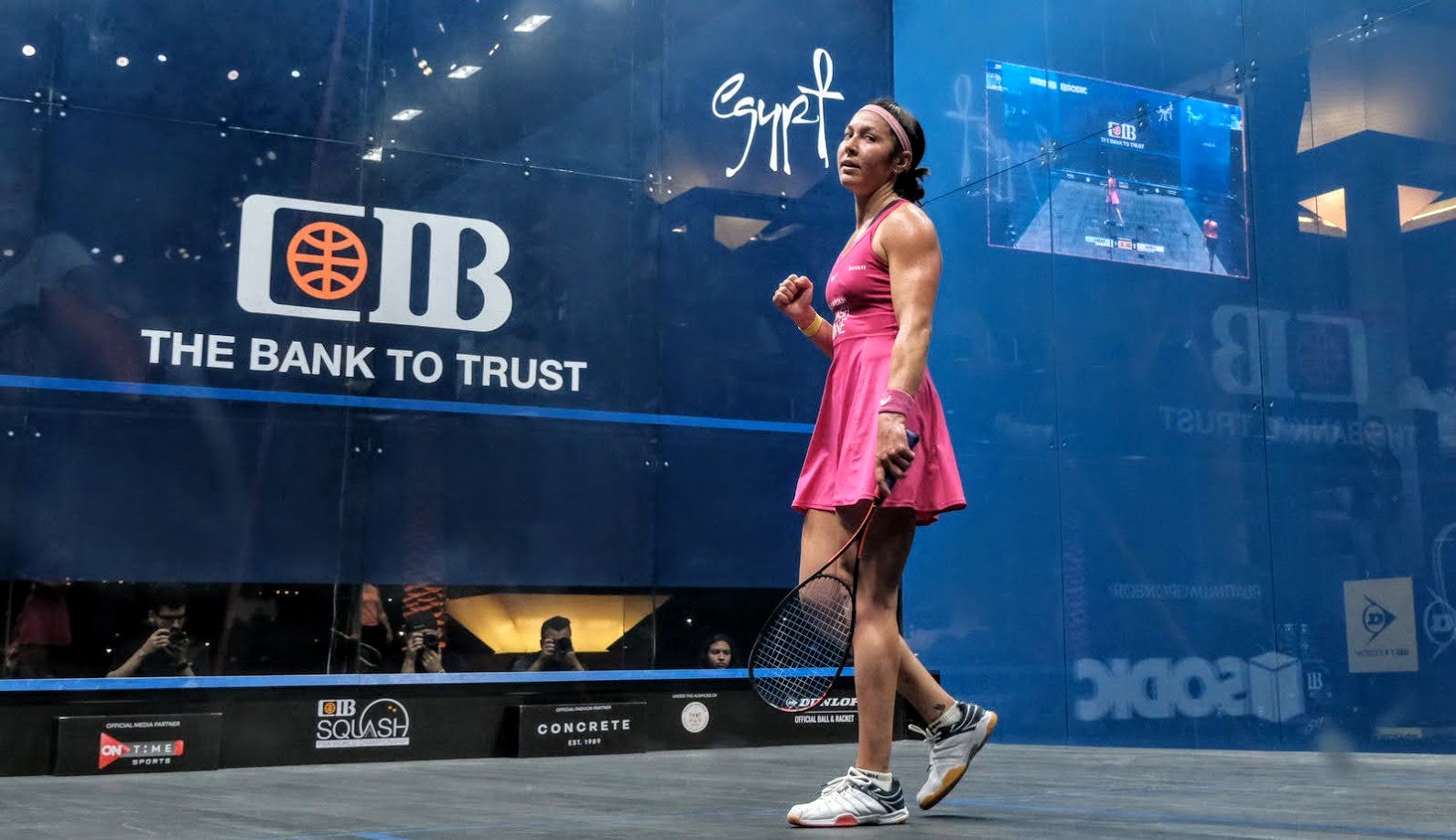 When asked what the difference was between today’s match and the 3-0 Sobhy win in the Tournament of Champions earlier this month, Amanda said:

“For starters, the entire crowd is on her side! I’ve got my family, my coach and my cousin here, so I’ve got three supporters in the crowd!

“But a drastic difference from when I had a swarm of kids rooting for me, that was sad. She played so well, a lot better than when we played a couple of weeks ago at ToC and I think that she came out firing from the start, I’m glad that I got my momentum eventually and put a halt to that.

“Due to the length of the previous match I think I warmed up about four times. So, by the end, it was more just waiting and watching the scores. I was probably a bit slow to start and I knew the start was crucial. Unfortunately it didn’t go my way, but I kind of got into it and once I got into it, I felt pretty good and I’m happy about that.

“It’s nice to be the underdog against Gohar. There’s no pressure on me, I know that she’s going to bring it and give her all and I’d expect nothing less from her. I know it’s going to be a battle, so it’s just recovering, so I hope a little more of the crowd can be on my side! Nouran’s World No.1 and Egyptian, but I’m Egyptian as well, I have citizenship, so you can root for me, too!”