Funny start for Fares, bless him, 7m first game, 6 errors, just not on court to the point I thought his back injury was troubling him. But no, not calling for the physio.

On the other side, Mohamed does his normal routine on warm conditions, as in placing on his neck a towel soaking in an icy bucket of water to keep cool.

A tin, and two strokes – confirmed by the ref while Fares warned not to take his opponent line out, and we are 10/10. A superb drop shot for Mohamed, and a weird rally where there is a bit of contact, Mohamed seems to say something like ‘don’t push’, Fares not happy plays through, but won’t have any luck trying to get the ref to listen to him – ending speaking to him in Arabic in something that didn’t sound like ‘I like the way you are referring!’. What is the rule, he spoke during the rally, what is the rule, kept repeating Fares, in vain.

At the start of the third, I see Mohamed talking quietly to Fares before he starts serving. My bet is that he apologises to his Alexandria friend. And I could see Fares who was still boiling when he came on court, suddenly calming down and changing his body language.

The third is controlled by Fares for the most part, 2/0, 3/1, 4/4, 8/4 after a huge rally that saw Mohamed retrieving the irretrievable several times. Mohamed is being the best fighter he can be. Again, no blocking, no cheating, no football cinema or drama, just squash, and the former World Champion claws back to 7/9.

No let against Fares, then 2 strokes for Mohamed, Fares is not impressed but plays on, 10/9, match ball. Two huge rallies, really biiiig ones, one error from Fares, and one winner from Mohamed, 22m game, and it’s against 12/10 for Shorbagy.

It’s nearly midnight when Mohamed talks with the MC….

“Fares is a very dangerous player. He has shown that he can beat anyone on any day. I think because our match started so late, he had a bit of a poor start to be honest. It wasn’t me playing amazingly, it was a mix of me having a good start and giving a professional performance and a mixture of him not getting into the match yet.

“In the second and third, it was all to play for, it was so crucial and could have gone either way. Maybe at a few points here and there, I just played the crucial point better than him, but it was a great and high-quality match and I’m glad to make the semis!

“When we chatted to each other in the third game, between the points, it was all respect to be honest. He asked for a let and I told him ‘That’s such an experienced let!’ and he told me ‘I wish I’m experienced, I’m your student when it comes to your experience!’ It was all just joking with each other; it was all just respect really. We grew up together in Alexandria and there’s always been so much respect between us and I’m a fan of his game and the way he strikes the ball. He’s one of the cleanest strikers of the ball on tour. I’m a fan of all the players as much as their competitors. All of them inspire me. He’s another athlete that inspires me so much and I’m pleased I got off in three and I’m looking forward to the semis.

“Paul is the World No.1. When you’re the World No.1, it’s not because you’re beating everyone, it’s because you’re winning most of your matches. He has been the most consistent player on tour, so his story is probably the most inspiring story out of everyone. I have so much respect for him, it was probably one of the most high quality matches I’ve watched in years. They gave a great match to all squash fans. We both have a rest day tomorrow and he’s going to have 48 hours to regroup and he’s going to be completely fine. When you’re the World No.1, you’re the fittest player on tour.

“Back when I was World No.1, I played marathons like this and I was able to back them up and win matches and win tournaments. He’s the World No.1 for a reason and he’s going to show how fit he is in the semis.

“We haven’t played in a very long time and I’m so excited to play him. There’s a difference between watching him and playing him as the World No.1 and it’s been an experience being the underdog at this event and I’m going to give it everything to make another final at the World Champs.” 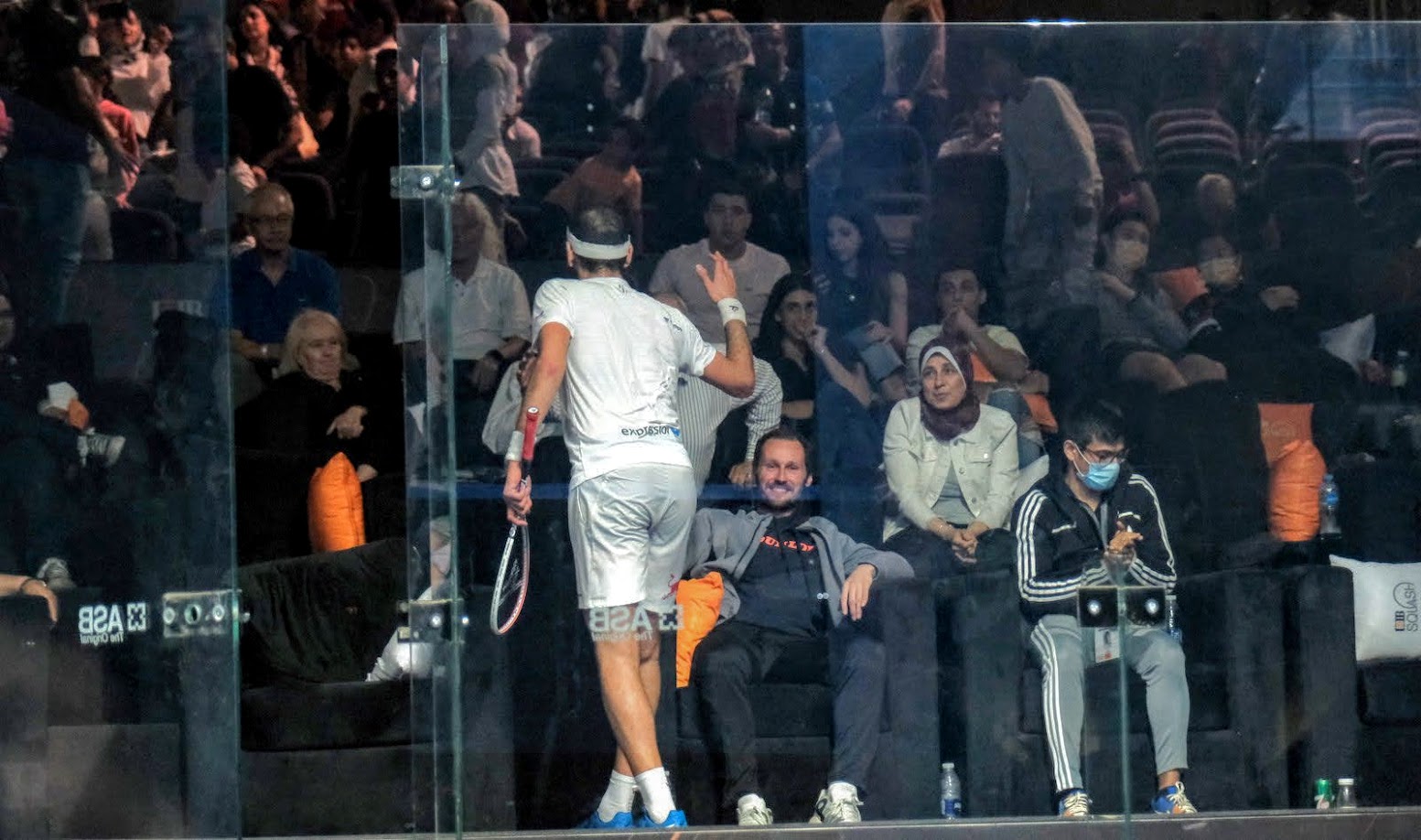