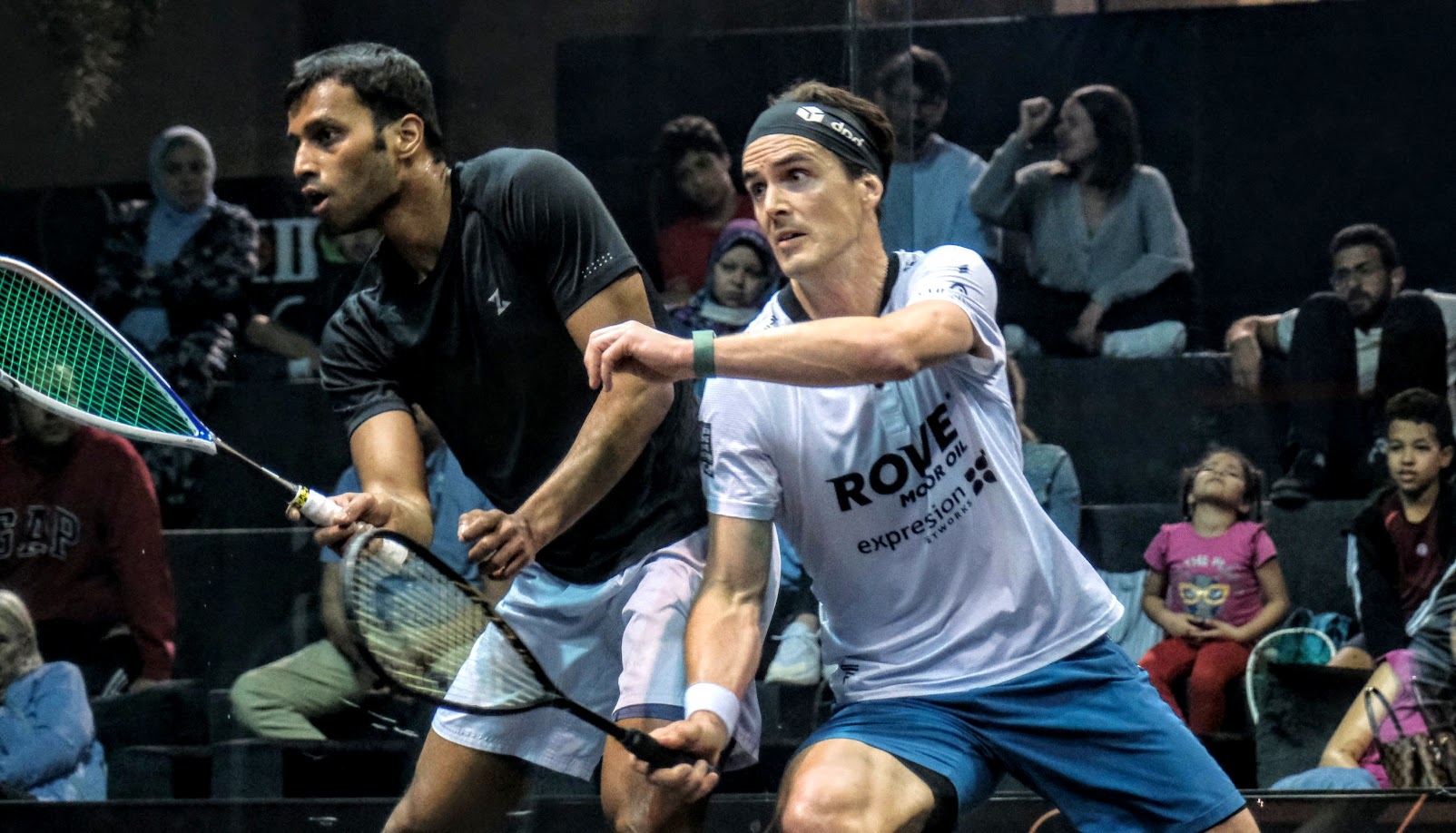 But complete change in the third, with Mahesh finally finding his marks on that glasscourt – Paul had been playing on it already – and consequently his fine squash. As both of them trained for a few months together when Mahesh was living in Holland, the Indian know how to get Paul uncomfortable.

Far from being ridiculous, Mahesh was. Good match. 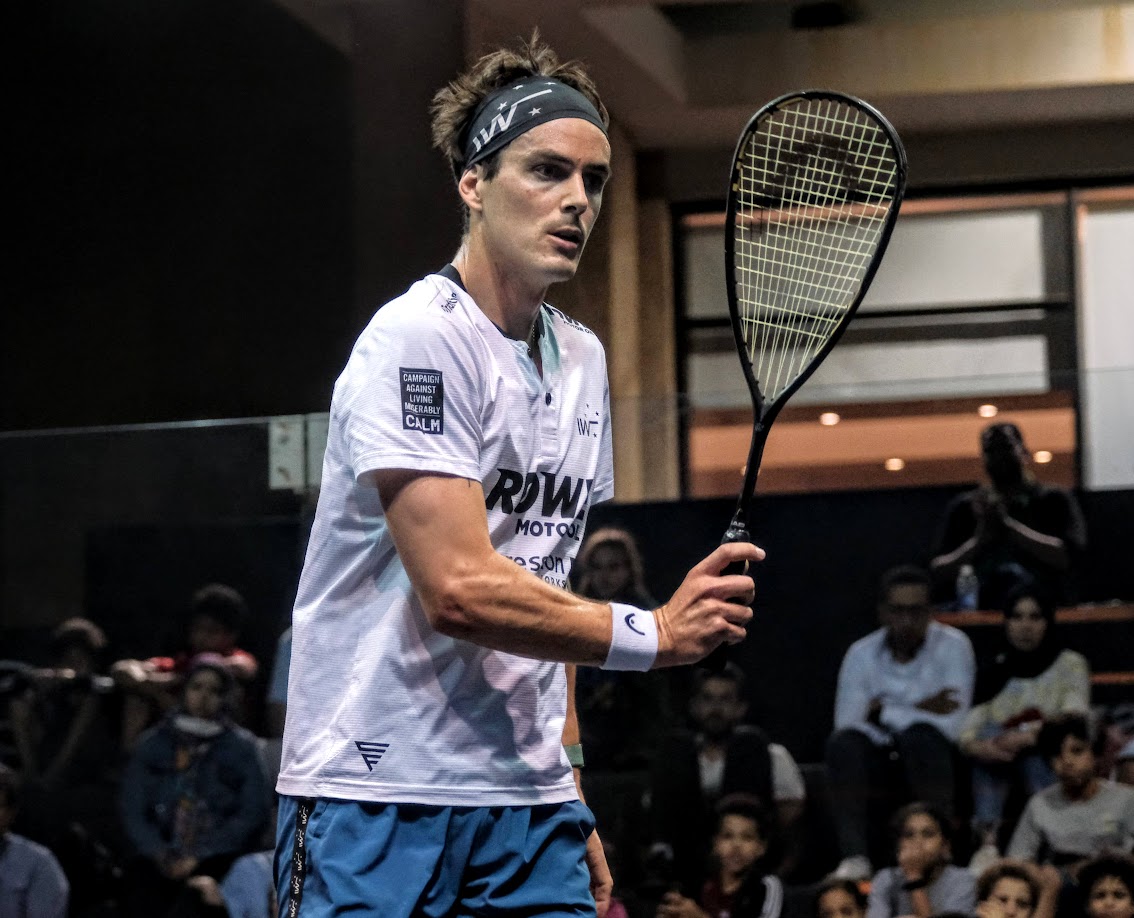 “I felt a lot more comfortable on court than in the first round. It’s been a good first two rounds for me, coming through unscathed and with two 3-0s which is really good. I felt really good on court, just in time to swap courts in the next round! But it’s nice to have the experience of playing outside and I’m sure the conditions are pretty similar.

“It’s great, something that Egypt is very good at is finding new venues all over the country. Indoors, outdoors, they put on a good event. It’s great for the sport to have such spectator backdrops and using the glass courts in the way we can.

“There’s no chance I’m announcing publicly what I’ve added to my game! I’m just sharpening everything, every shot we’ve been practicing with Rob Owen over the last two years. Every time we go for a week we might add a new shot or find something that maybe is ten percent off and we’ll just get it back to 100 percent. It’s overall a good week, sharpening everything that has got us to the top and just trying to keep it there.”