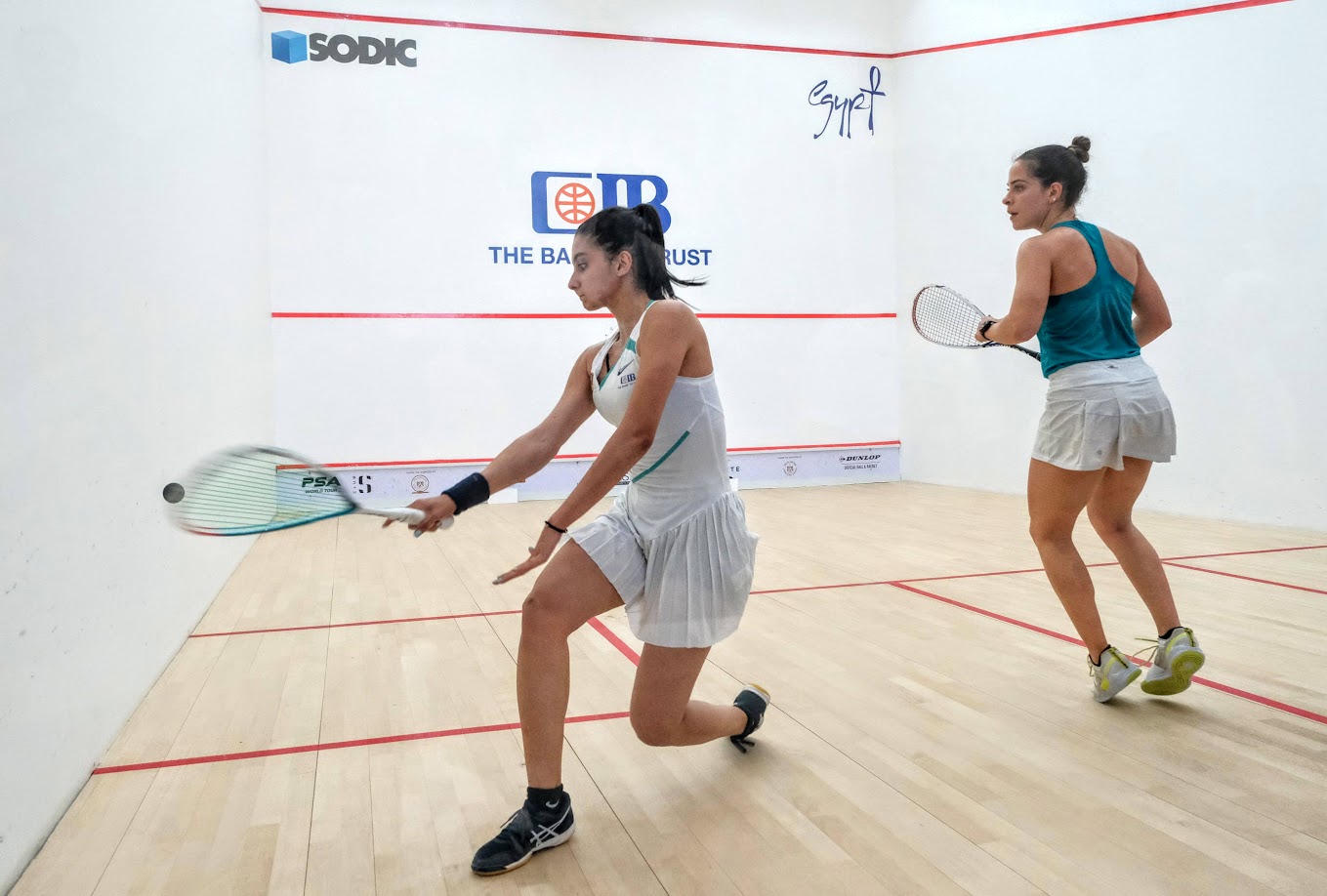 A good performance from Rowan who is putting a bit of pressure on herself for that one whereas her PSA 2/0 record on her compatriot could have relaxed her. Hana having not much to lose went for some lovely shots, and she fought particularly well in particular in the third game.

This is a positive win for me. My last match was a bit shaky, so today I made sure I came fully concentrated on court.

Although it was better than last time, I still talked to the ref, which is out of character for me. I guess it’s because it’s the first time I feel that nervous about a tournament, I want to be consistent in my results, and I have done rather well these past few weeks. And also, I’m trying to get “in the mood of the tournament”.

I am trying to play my squash. My winners weren’t the best today, but I still managed to play them. So I’m happy with my performance, but I need to be a bit more consistent. I lost a bit of focus in the third, because I was leading, and it’s only when she got away with the score that I found my focus again.

Son in my next match, I’ll try to be more consistent throughout the match. I am playing Joshna, she has a lot of experience, I remember playing her a long time ago. But I know what to expect, I’ll do my best not to get in  front of me, and try my best and enjoy my time… 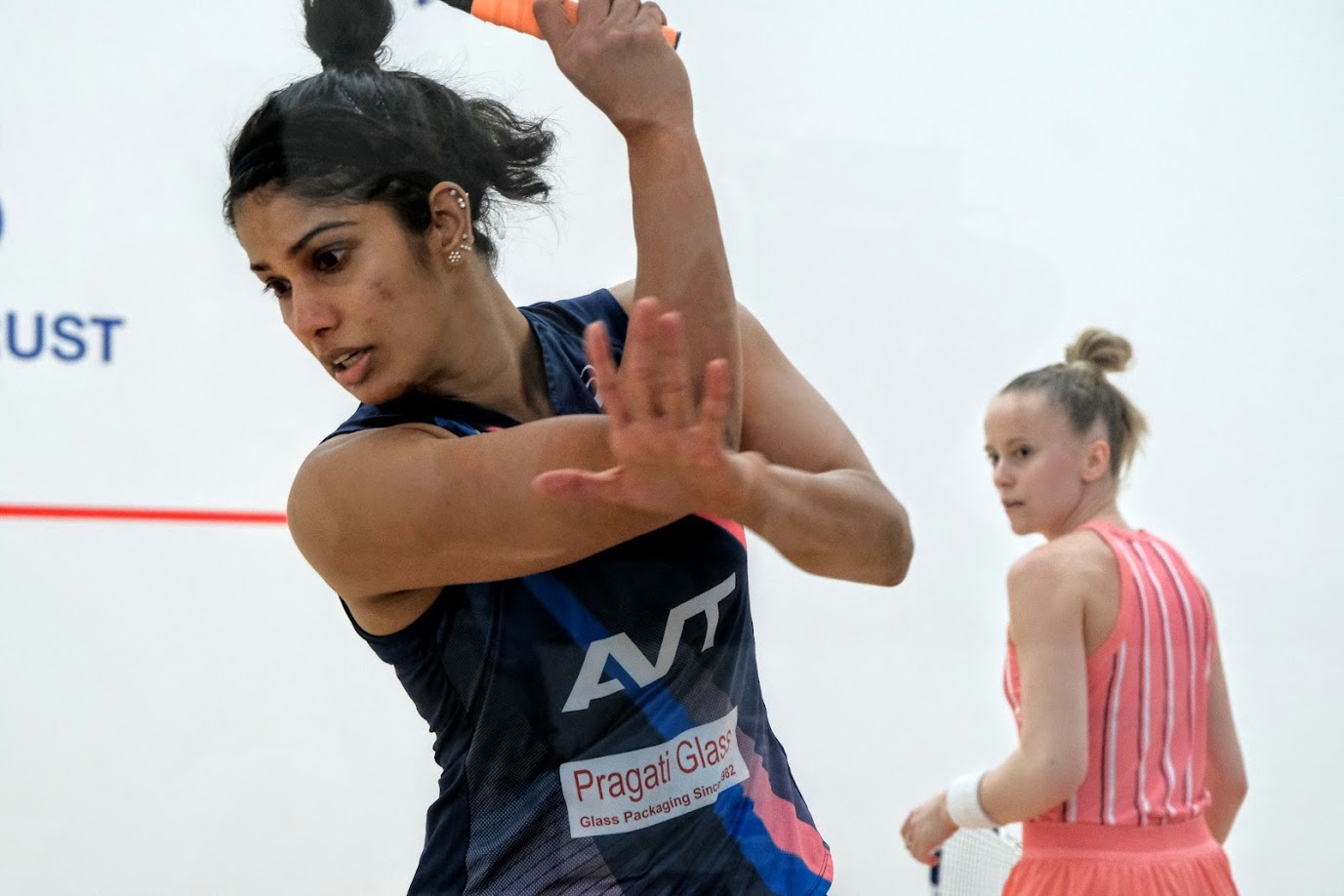 “The first couple of games were really hard and could’ve gone either way because she was leading. I think I was just a bit lucky towards the end to sneak those two games and going 2-0 up gives you a lot more confidence and I just played on that basically.

“The glass is completely different, it’s an exciting opportunity for me to play on the all-glass court and I’m really looking forward to that.

“I know Rowan is going to bring her A game, they all do, especially in the top 10. I feel like I’ve prepared well for this event and I hope I can play my game and let the rest happen.” 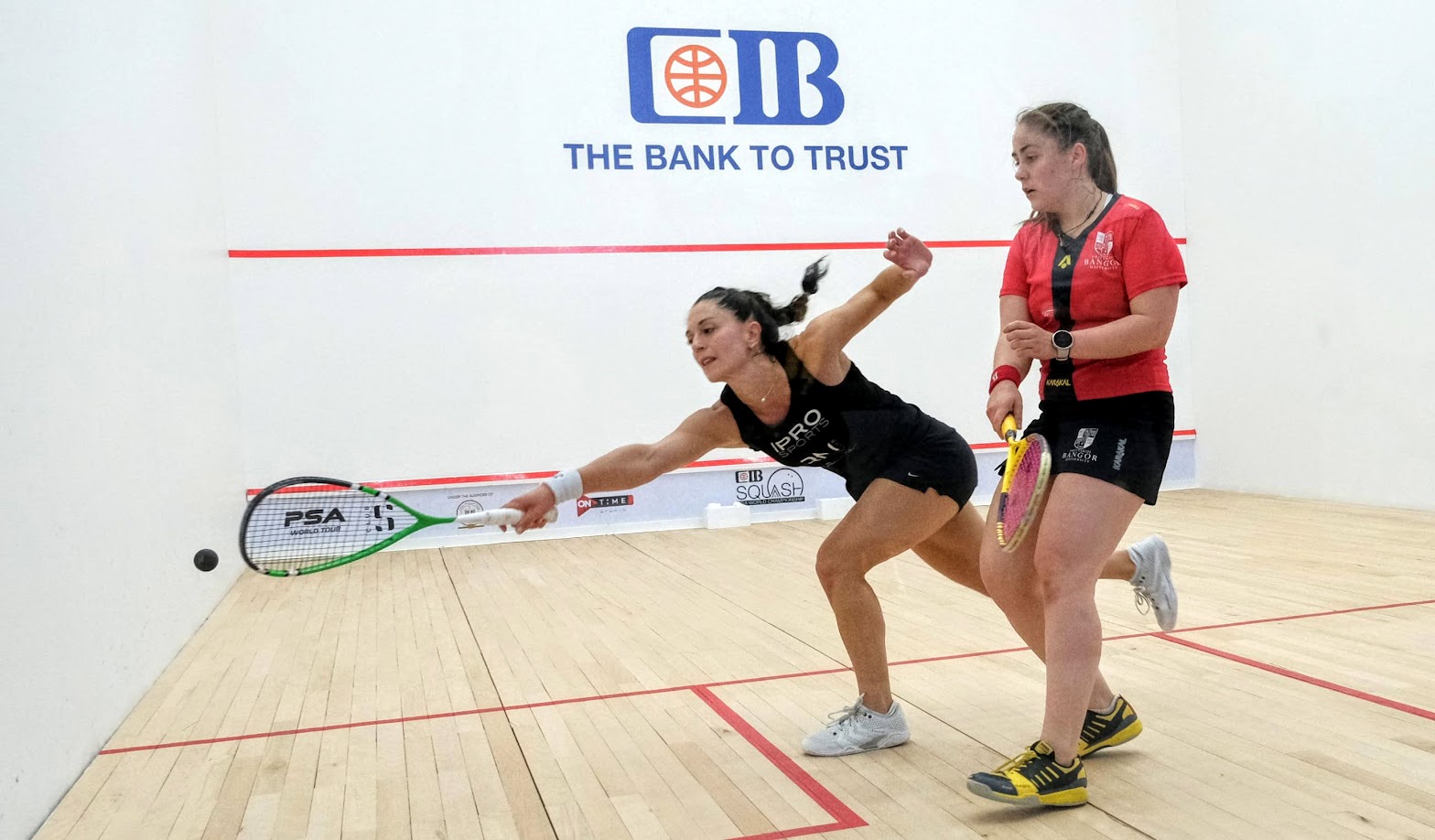 Maybe not the best way to end my last world open but I am so grateful I managed to play it , win my first round and play a good first game against Tesni 🙌🏼 ⠀
⠀
It’s been a long process to « recover » from the knee injury , 5 months later I am lucky enough to play a psa again , playing the worlds was even more precious for me ! Unfortunately I couldn’t finish the match tonight. The floor is very hard and playing 5 games in my first round and playing against a top 15 player was a bit too much … ⠀
⠀
I felt pain on the inside of my foot at the end of the first game. We tried to tape it but it didn’t help and at the end of the second game I needed the physio to take a look. We could see straight away it was swollen and bruised so I decided to stop and not take any more risks. ⠀
⠀
I will be on my way to France tomorrow night and will try to do an MRI as quick as possible. Will let you know how it goes 🙌🏼 ⠀
⠀
The knee is doing great !! Which I was a bit worried about before the tournament started as the floor was a bit slippery and hard so not ideal for the body but the knee is doing great ! 🙌🏼 Time for me to rest and do everything I can to recover from it and be ready for my next and last PSA in Mauritius 🇲🇺⠀

“It’s obviously disappointing to go through like that, especially against a friend. Coline is struggling with her knee and I hope she can come back and play Mauritius. That wasn’t the way I wanted to win, she played really well in the first game, she took the game to me and made it tough. I really had to dig in the win that game and obviously after that, she was really struggling to move which was sad to see.

“I’ve heard so much about the museum and the glass court being there, it’s been bigged up for a while and a lot of people are talking about it. It’s going to be amazing and so nice to play somewhere different. I’m looking forward to it. 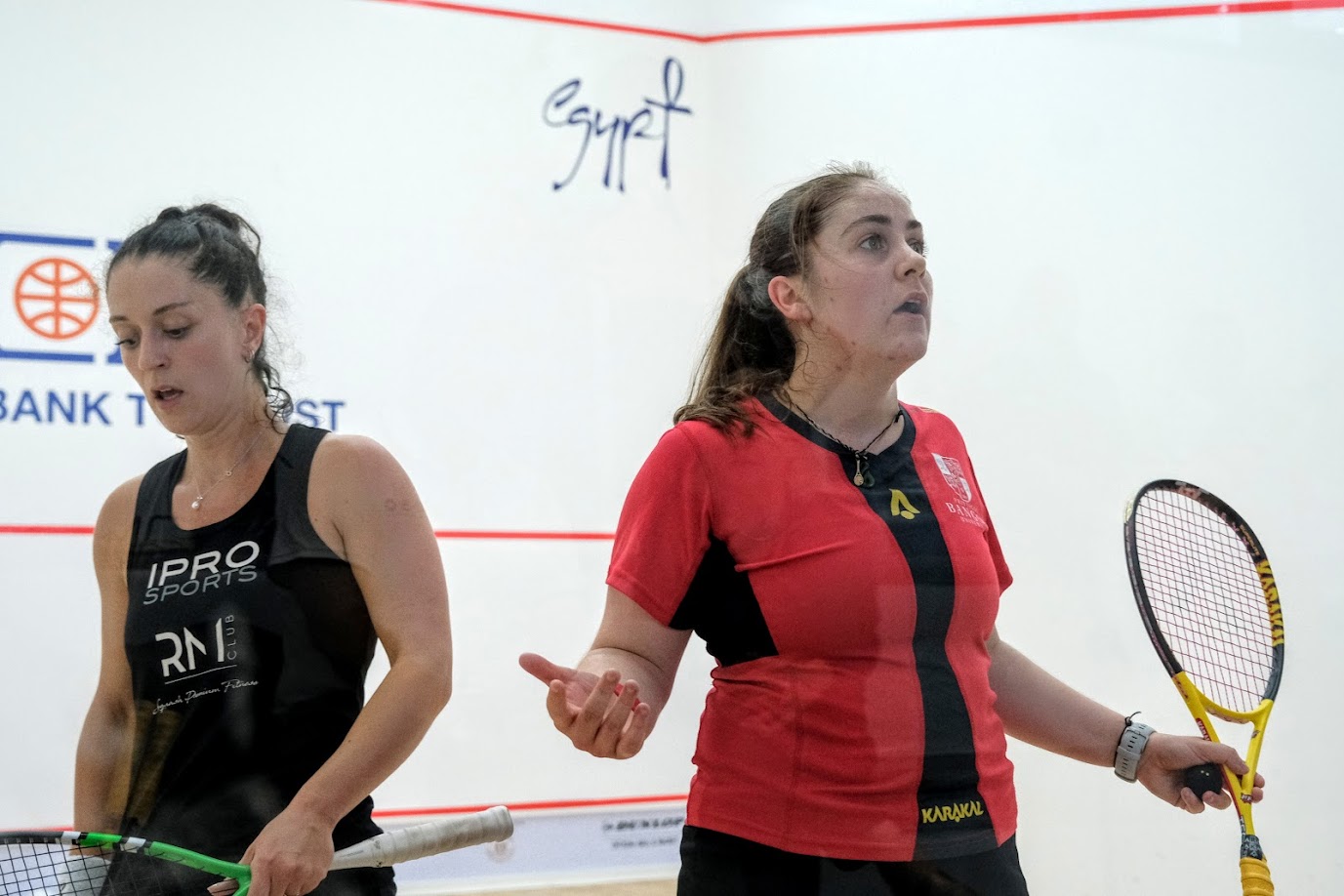