A very relaxed Fares came on court today, and although Rui tried his best, the Egyptian was too much in control today.

Fares
I’m very happy to be injury free. The problem with my back is something I’ll have to live with for the rest of my life. So I have to deal with it and adapt my game, being smart on court. I came out from my knee injury, to fall into the back injury… Like I said, I am dealing with it…

I’m not always succeeding to be smart on court, but so far, it’s going very well.

As I could see this season, I was in lack of match fitness, I played very well in Detroit, then Canary Wharf where I won and I was expecting  to play well in the British, but I faced a very tough opponent in Asal in the second round, and that’s where I realise that I was lacking of mental consistency. My tactics weren’t there. But I know it’s going  to come back once I get more matches.

I’m trying to enjoy my game, play my best squash, being consistent, hoping to win, but if not, it’s fine, next time. The most important thing now is that I’m injury free.

“It’s my first time ever playing Dimitri and for me it is such a tough match.  In the third game he suddenly changed everything and was in control every time. I was trying to get back into the match and I got back at the end of the fourth and I’m glad to win in four.

“He’s a very good player and a tough player to play and very soon, he will be one of the top players. It’s the place he’s supposed to be and he’s getting there soon. I expected a tough match and it was.

“I won the World Championship here before, so for me it’s always special to play in Egypt. It’s nice to play in front of your friends and family – the crowd gives me a lot of motivation and makes me want to be on court as much as possible.” 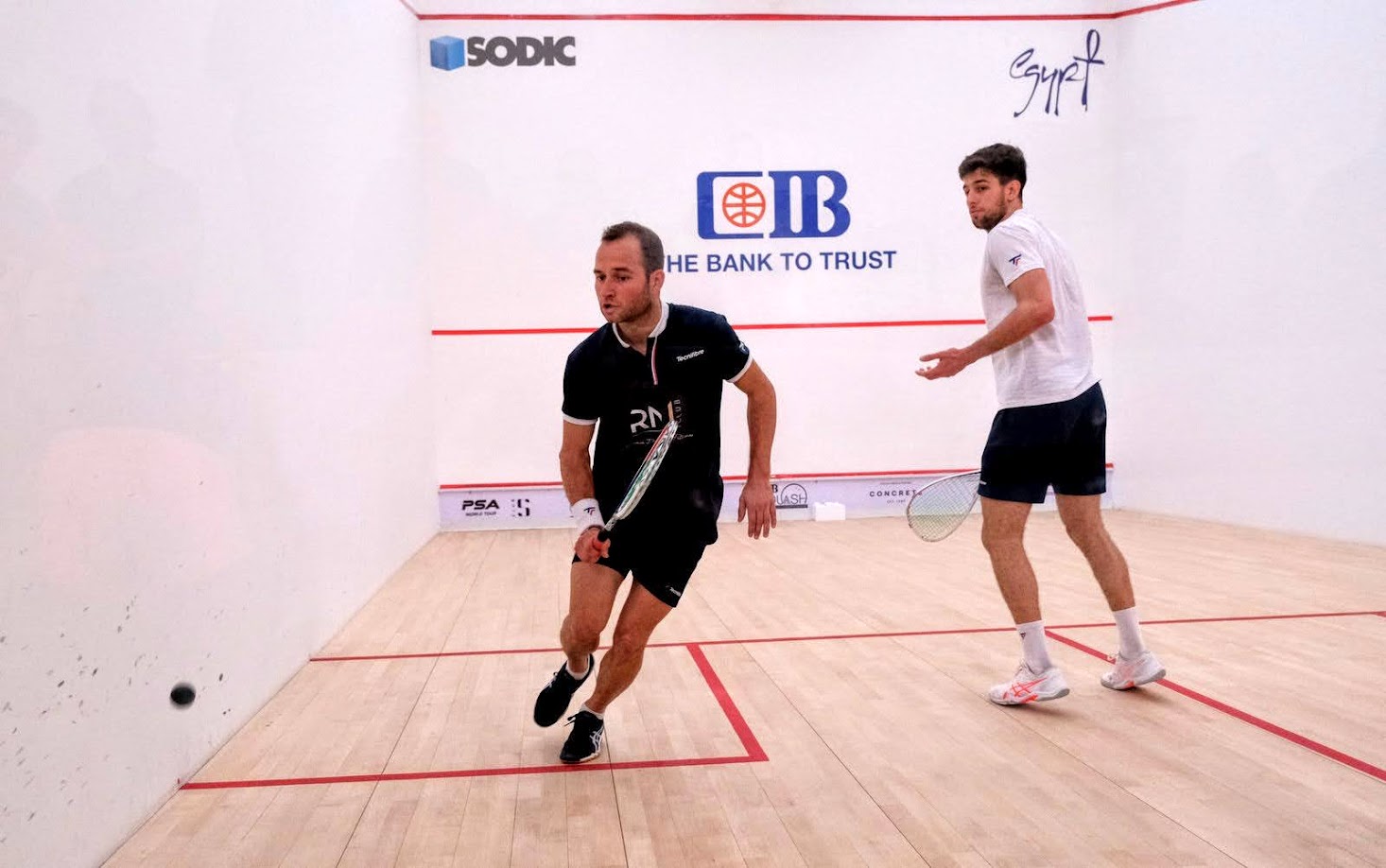 “I’m not really happy with the performance today. I took the lead quite comfortably in the first two games and then I don’t know if I lost my focus or if there was a lack of energy in the third. I came back strongly in the fourth and was leading 9-5 or something and there were two or three rallies where he took his space a bit too much for me. I know he’s like this sometimes, he didn’t announce his double bounce sometimes so he got me a bit nervous and I hate playing in those conditions.

“Today, ok it’s a French player and we train together sometimes, but I know how tricky he can be and that’s the respect that we should show to the crowd and not the way I like to win a match. I’m happy to win in five, it’s still a win but it could have been the other way around and I’m just happy to get through. I just have to forget and focus on the next one.

“He did everything he could, trying to get in my head, and he does that very well all of the time, so that’s all credit to him. I need to be more consistent in that situation, I know it’s a win but I hope that I didn’t lose too much energy today and I have a day off tomorrow. This is the World Championships and it can be a long week.

“Two or three months ago I was a bit tired. There was a long season, we didn’t have too many breaks, I took a little break because I felt like my body and my head needed it and now I feel a lot better. There are still a lot of things coming up towards the end of the season, I’m going to be a bit more fresh and be ready.”