PSA said
World No.17 Naughton recovered from a slow start in her match against Egyptian wildcard Nadine Garas, responding well after going a game down to defeat the 18-year-old in 29 minutes.

“I think those are the matches that you’ve just got to be happy to get through. Playing an Egyptian in Egypt is always tough, especially when I didn’t know anything about her going into it, couldn’t find any videos on her either. I felt a bit slow and sluggish out there to start with, maybe first match at the World Championships – it’s a big event that I want to do well in, so I’m pleased to get that one out of the way and get onto the next one.

“I tried to focus on what I want to do. When I felt like I was a bit slow and sluggish, I just tried to give myself a kick up the butt and say ‘fight for it, don’t give her anything easy’. That’s just what I kept telling myself to get through it.

“It’s been very busy recently, the end seems to be in sight for me, I’ve got a couple more events and then I’m done for the season. I was struggling I would say this season to find my form. I had some tough draws and just felt like I hadn’t got any momentum going and it’s so easy to lose confidence when you’re just playing the top guys all the time. I played a couple of smaller events and I found that really helped to just get some confidence back and believe that I can still do what I want to do and I think that definitely helped leading into this.” 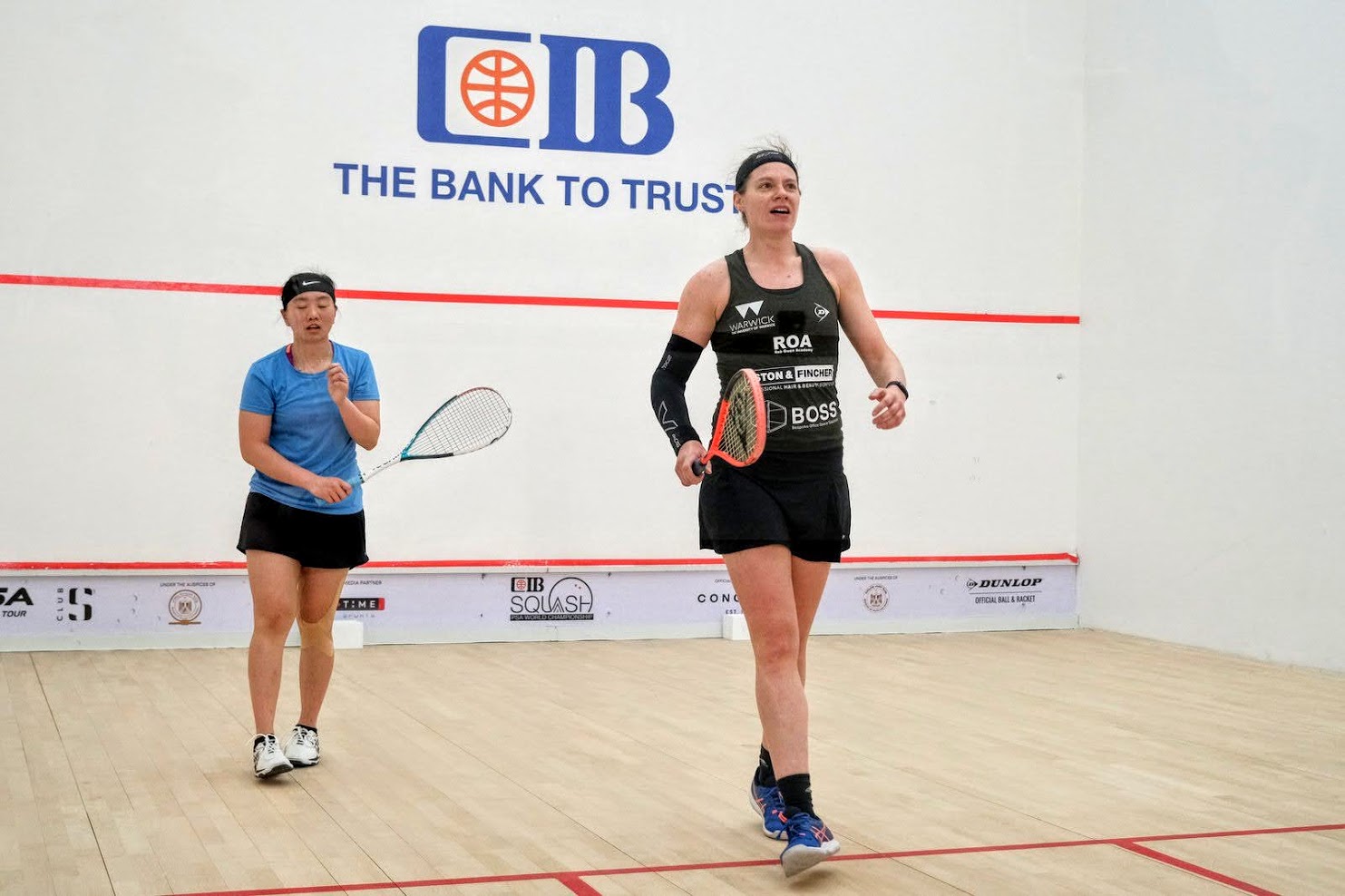 PSA said
No.6 seed Perry looked strong in her first two games against Hong Kong’s Chan Sin Yuk, which she took11-4, 11-8 before Chan took the third 11-6. Perry was able to steady herself, though, to take the fourth game 11-4.

The main thing is getting the job done, getting the win, and going through to the next round, and I did that.

I had a bit of a lapse of concentration in the third, before that my length was pretty good. But then, my lenght went really short. She is really good at taking the ball low. And she’s been having some good results so I was aware of that. I lost my length so she was able to put her shots in then, I was not putting her under enough pressure.

So I said to myself that it was a good way to make sure that if it happens again, I can get my length right again. Instead of visualising it again, I did it!

Next match, either Melissa or Zeina. But to be honest, it’s going to be nice to have some time to relax because I got delayed arriving here, got stuck for hours behind a lorry on fire on the motorway! Missed my flight, took the next one so arrived a bit late. So now, going to go to the hotel, relax, watch Liverpool in the Cup Final, have a bit of dinner, and then relax… 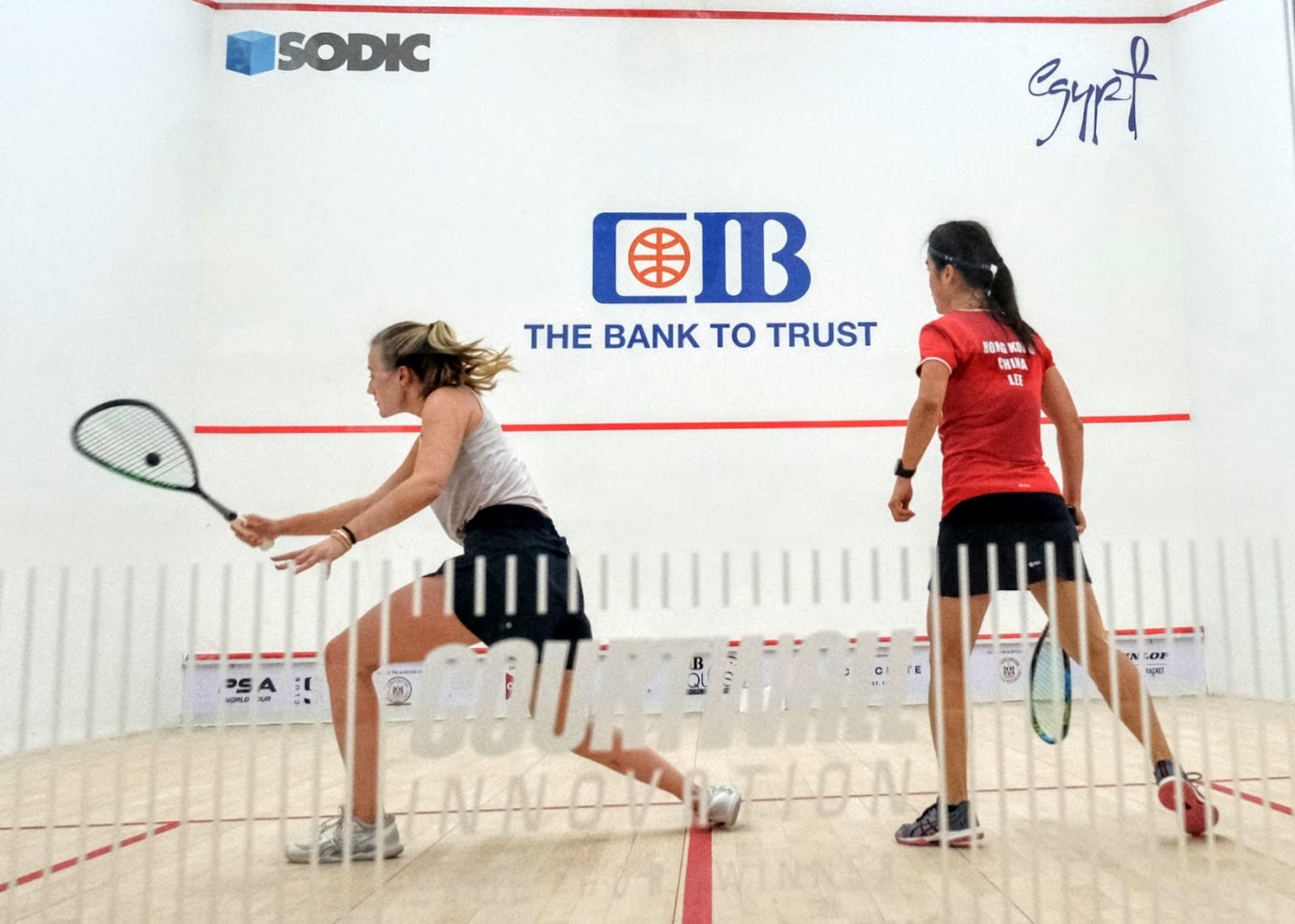 PSA said:
Fiechter took the first two games, winning the first 11-8 and a hard-fought second game 12-10, before Lee edged the third 13-11. Fiechter was able to shake this off to take the fourth 11-6 to progress to the second round.

“The scoreline doesn’t show you, it was neck and neck all the way through. Lee played incredible squash, she was just taking it in so severely and it was a bit of a cold court, so I was just trying to retrieve her short balls all the time, find my way into the match. I’m very relieved to get past her, she was just on fire for several bits throughout that match and it was weathering the storm. Incredible match in terms of getting through and going into the second round. Had to fight hard for that one.

“We’ve never played before, but the Hong Kong team has been practicing at the centre in Philadelphia, so I’ve been on court with them a bit in practice, but first time competing. I just tried to find my length, get it to the back of the court and try to get in front of her as much as possible because when she was in front of me she was extremely accurate and severe.

“I’m really enjoying my squash and I feel like I’m learning so much every event. I’m trying to improve every event and I think when you’re enjoying it, you play your best squash. I’m just looking forward to the second round.”