With my coach Renan Lavigne, we studied his game, and realised that he doesn’t like when the rallies are long, he makes errors when  the ball keeps coming back. So I tried to make him move around, get him to the corners, but also, when he goes to the front, he has a tendency to stay there, so sending him to the opposite diagonal right away.

At the start, being the first match of the worlds, I was a bit stressed. In general, I’m a bit slow to get into tournament, so the first match is always a bit tricky. Although he was leading, I made the rallies long, and I saw that he was starting to suffer physically. So I kept pushing, it gave me confidence, and I managed to keep him under water. He eventually let it go.

It has been a bit complicated recently, not mentioning the COVID and all. But during the French Nationals, I got injured for the 3/4 play off, twisted my ankle, and although I finished the match, heavily strapped, it was a bit complicated after.

Went on tournaments, not ready, then Pakistan, food poisoning, hospital, lost 5kg, not sure where from to be honest. That took some energy out, got prepared for the Europeans, that was not an easy week both mentally and physically especially as we got straight off to the TOC.

So I took a week from after, to make sure I was a bit fresher for this one, I’m feeling the best I’ve felt for months to be honest… 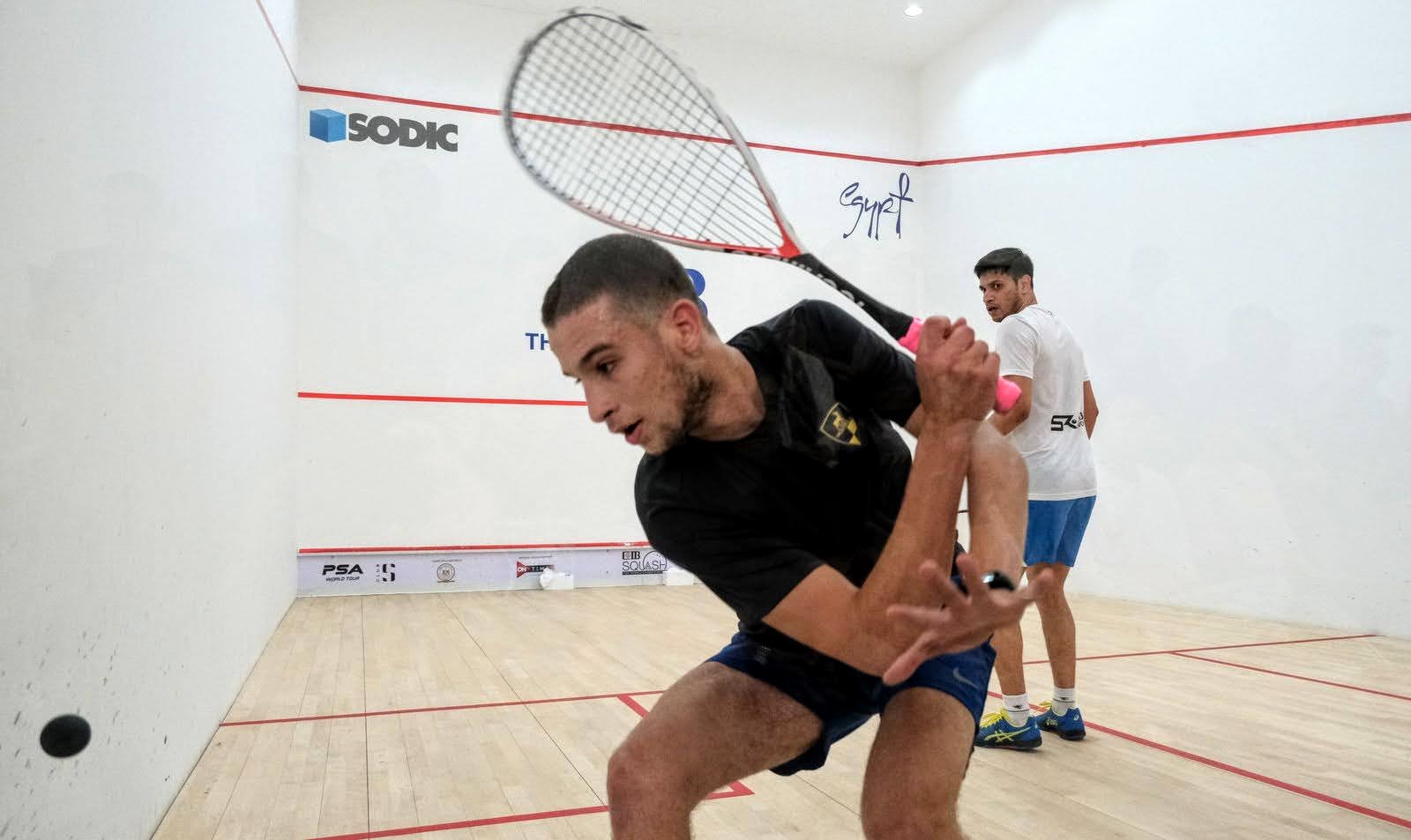 In one of the biggest upsets of the day, Egyptian wildcard and World No.99 Yassin Elshafei shocked Pakistan’s World No. 56 Asim Khan to progress to the second round, where he will face compatriot Youssef Soliman.

Elshafei made a blistering start to the match when he took the first game 11-4 to shock Khan, before Khan restored parity with an 11-8 win.

The 20-year-old responded phenomenally, though, upping the tempo to recapture the lead by taking an 11-6 win. With momentum well and truly behind him, Elshafei bulldozed his way into the second round with a convincing 11-3 win.

“First, I want to thank Karim Darwish for giving me this opportunity, he is someone I have a lot of respect for and I have learned a lot as a player from watching him on YouTube. I’m glad to go through second round for the first time and I am really happy with my performance today. Youssef is amazing player and I will work on recovery and focus for this match.” 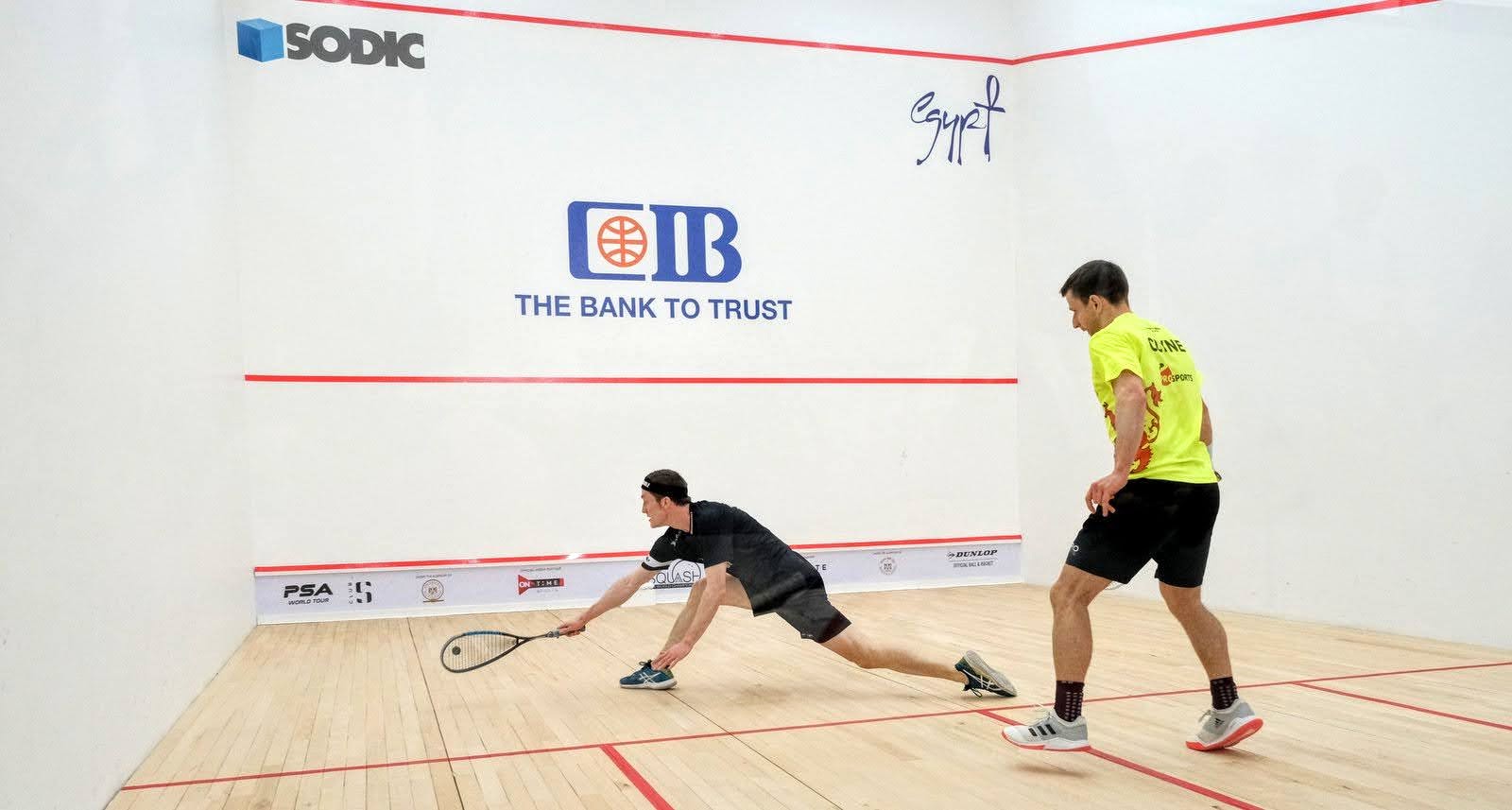 “I’m really happy with that today. I was a little nervous coming in today because it’s the World Championships, first round and there’s a lot of stuff at stake. I was feeling a bit edgy but my main goal was to stay calm and focused, stick to the game plan and I’m really happy that I did that today.

“I’m currently still training in Egypt and it’s definitely helped coming into this tournament. Egypt has been a really rich experience for my squash game, I’m comfortable here, I’ve been living here for a year and a half now basically. I still have an apartment, I came here early andwas able to arrive with no stress and no jet lag, that was an advantage for me.

“There’s good matches all of the time. I know Saurav had a good result recently at the ToC, to be honest I haven’t thought about it too much, it was about getting through today one match at a time. He’s so experienced and such a great player.”