Was that match a classic? No. Are those two girls going to spent their summer break together? Absolutely not. Was it a pleasant match to watch? Probably not.

The intensity was pretty high, for sure. They both like to hit David Palmer/John White style, they don’t take prisoner going for the ball, they go for contact whenever they feel like the other one is in the way, and we are talking CONTACT ALL BLACK STYLE.

Farida was warned for physical game, and got a conduct stroke for that reason. I feel both girls tomorrow will show a few bruises….

On the big points, I was trying to stay calm, especially when the rallies were long. It was sooo physical today. There was a lot of contact during the game, each point.

In my opinion, the ref didn’t help at all. Lack of consistency: her decisions in the fourth game were totally different from the first three games, like shots that were given no let at the start became stroke! I was penalised with 6 strokes, something like that. That’s when I told her between the games “watch on the movement”.

I didn’t feel I was pushing that hard, I was in control, 10/6 in the first, I was the one that crushed the game. I didn’t feel it was hard, it was in a way because of the contacts, but not from a fitness point of view. And during the match, I felt I was standing on the T, and played whatever I wanted. I know his game very well because we played Leagues and in PSA matches so I know what hurts him. I tried to stay focused on my strength and keep attacking on his weaknesses. For example, I was hitting well at the back of the court, and it worked pretty well for me.

I didn’t realise it at first, but that court is pretty dead at the back, if you hit it well, it goes away. So I tried to use those areas and put things in the corner. I didn’t leave too many shots loose.

At 7/7 in the first game, he started to feel it physically. All I had to do after the first game was to stay focused, it was pretty easy and I was very happy.

In all logic I’m going to play Paul Coll. We used to practice a lot when I was living in Holland, we go way back! We used to train at least, 2 to 3 times a week. In practice matches, he has a win over me hundred times! He is a nightmare to play in practice, I feel he is worse in practice than in matches!

I never played him in PSA matches, but I did play him numerous times in Leagues matches and practice matches and he is a nightmare. And now, he’s become so much more intelligent on court, he developed his skills level significantly well. It’s going to be very tough, I’m going to enjoy the experience. I hope I won’t screw up or get chopped by the world number one… So I’m just going  to perform well… 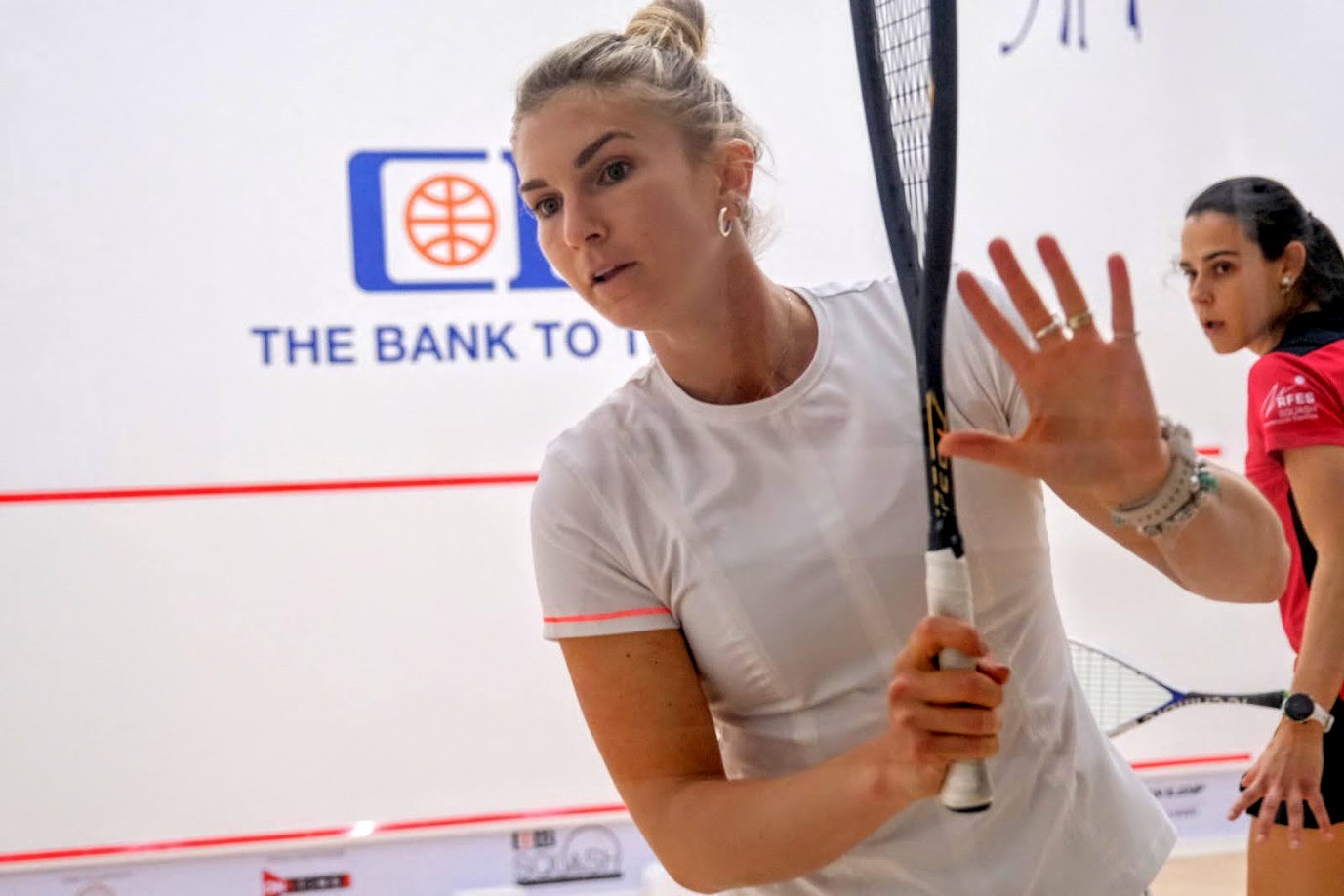 “It was pretty tough. There’s not much going on at the club now so it was just us and the ref. We played a couple of months ago in Demark and I think she really came out well today. I didn’t quite execute my gameplan well enough and she really picked me off on that. So I’m happy to sneak away with a 3-2.

“When you play people [more regularly], they start to analyse you and start to know your game. I kind of expected her to come out all guns blazing and I wasn’t ready in the first game at all, so I was kind of playing catch up for the rest of the match!”